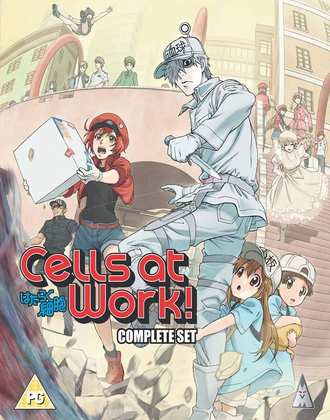 In a medium replete with genre shows and fan sating tropes, it’s rare to see something original and breathtaking, especially when you’ve been watching anime for nigh on twenty years. Cells at Work is that original and breathtaking show, which took me completely by surprise. It’s an anthropomorphised world inside a typical human body, where the cells are citizens working everyday jobs, fulfilling their duties. Threats to the body, in the form of infections and the like are also given human appearances and motivations, and the result is an entertaining adventure around the circulatory system, which somehow adheres to the medical facts with scientific rigour. Click on the review to see just how impressed I was. 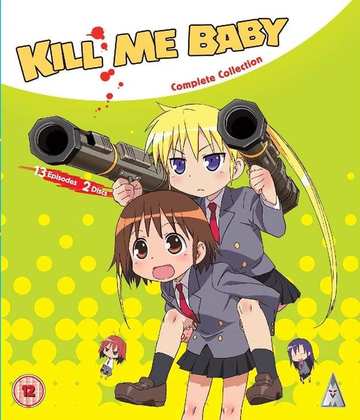 It was double dip time, as I took a second look at Kill Me Baby, this time on Blu-ray. Given the nature of its animation style, this is probably the show that would least benefit from an upgrade from DVD to BD, and its theme song doesn’t exactly demand lossless audio, quite the reverse actually. But Kill Me Baby is one of those rare anime shows that make me laugh out loud, and it’s rarer even than that, as it’s a show which was just as funny the second time around. Its tale of a ditzy school girl whose best friend at school is an assassin, tickles the funny bone each time, and regardless of the low-fi animation, it’s a show that I want in as good as quality as possible. 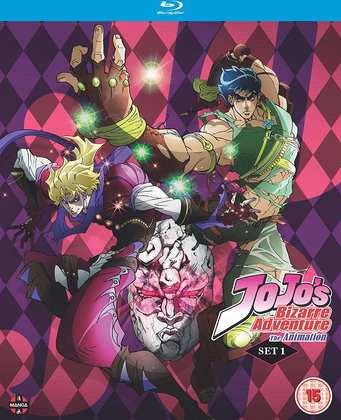 Speaking of second times... I never reviewed the Jojo’s Bizarre Adventure discs because I watched the show on streaming, and while I loved its over the top intensity and sheer histrionics, I quickly categorised it as event TV, the kind of show that only works for me the one time, and never feels quite as good on repeat. We can see if that is true or not now, as Stuart McLean has just reviewed Jojo’s Bizarre Adventure Set One on Blu-ray for the second time. The first release came through Kazé several years ago and stalled, but now Manga Entertainment have picked up the show again, are releasing the first three sets, and begin by re-releasing Set 1. Click on the review to see if Stuart McLean really did find Jojo’s Bizarre Adventure to be event TV. 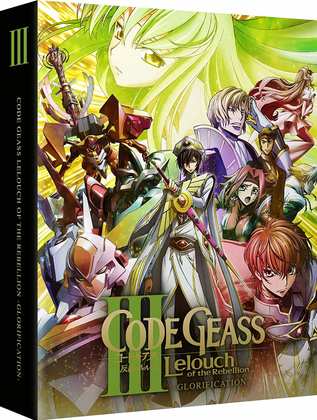 It was more re-watching with my next review, although Code Geass: Lelouch of the Rebellion - Movie III – Glorification is a new presentation of existing material. The trilogy condenses the 52 episode Code Geass series into around 6 hours worth of feature film. The adaptation got off to a good start with the first movie, but really lost its way with the second, cramming much of the series into its brief run time. What that means for the final movie is that it can be leisurely about adapting the final few arcs of the series, and is more watchable as a result. That’s important as you have to watch the movies that establish the differences to the series that feed into the fourth feature film. Code Geass: Lelouch of the Re: surrection follows on from this film, not the TV series. 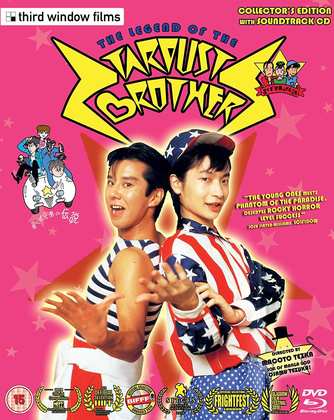 Stepping away from animation just a bit, I also took a look at The Legend of the Stardust Brothers. Macoto Tezuka is the son of the legendary Osamu Tezuka, and in the eighties, his first feature film was this bizarre cult classic about two rival pop singers, plucked from obscurity and put together as the Stardust Brothers of the title. The film is a surreal, musical trip through their rise to fame and subsequent fall. It’s well worth a watch if you want something a little different, and are in the mood for a little low budget experimentalism. 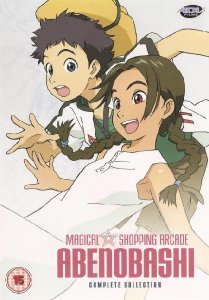 Magical Shopping Arcade Abenobashi. Last week I was down on My Bride is a Mermaid for its wacky, surreal comedy, which wasn’t enough to disguise its thin, single note premise. Magical Shopping Arcade Abenobashi is the kind of brilliance that you get with a wacky, surreal comedy that has the premise and the characters to back it all up. Sasshi and Arumi are a couple of kids raised in the Abenobashi Shopping Arcade in Osaka. The residents are all moving out, and the shops are closing, as the area is due for regeneration. The arcade was built to ancient principles of yin and yang, and when one of the totems is disturbed, things go out of whack. Sasshi and Arumi are cast into a parallel world, a different Abenobashi Shopping Arcade that’s more like a role playing game with dragons, magic and adventurers. They need to find a goblin to get back to their own world, but this only the start of their adventures through a series of parallel shopping arcades.

This is an old show, one that I got on DVD collection from ADV in the UK. They had previously released the show in single volume form. Here’s my review of the 2009 collection. But at this point in time, hunting down the single volumes or complete collections second hand is your best bet of owning the show. It’s well worth seeking out, a show from Gainax when they were in their prime. Subscribers can stream it on Hidive though.

MVM released Cells at Work on Blu-ray on January 20th. They released Kill Me Baby on Blu-ray and DVD in 2016. Manga Entertainment released Jojo’s Bizarre Adventure Set One on Blu-ray on January 13th. That’s also when All the Anime released Code Geass: Lelouch of the Rebellion – Movie III – Glorification. Third Window Films release The Legend of the Stardust Brothers on Blu-ray DVD combo on February 17th, and for the first 1000 copies, you get the soundtrack CD as well.