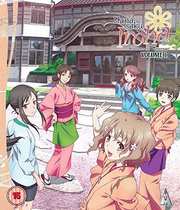 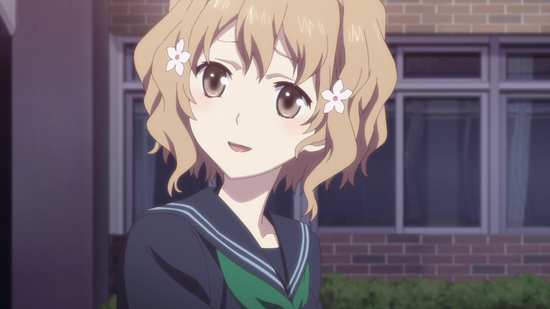 Anime really is a broad brush. So broad in fact that it had me watching the gothic horror meltdown of the Hellsing collection (review to follow soon) alongside its polar opposite, Hanasaku Iroha, in the same week.

Hanasaku Iroha apparently translates to something like ‘Blooming Flowers’ (though if you try it in Google translate it translates to ‘Hanasaku Iroha’ which isn’t helpful) is a slice-of-life teenage girl drama with something of a Cinderella-ish theme. It’s equal parts cute and harsh and is actually a very satisfying watch, despite any preconceptions you might have based on trailers, stills or narrative summaries. 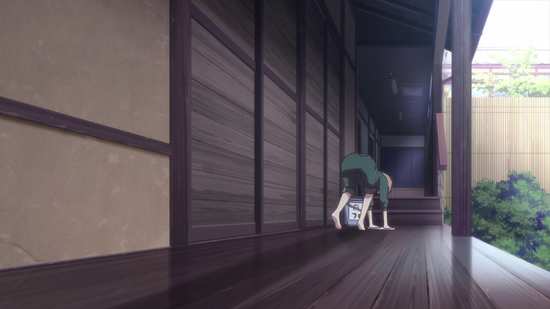 For a real expert eye view I would heartily recommend a visit to Jitendar Canth’s review of the somewhat special US edition which can be found here.

The series originally aired on Japanese television eight years ago (2011) though it doesn’t feel dated in any way, perhaps because there is so little technology used. It’s a somewhat rural tale that could be from any era.
Poor little Ohana Matsume is an upbeat, determined ball of positivity despite her unfortunate background. When her Mother’s boyfriend says he needs to run off into the night to avoid his debtors, Ohana’s mum sees it as a another adventure, but one which excludes her teenage daughter who she sends packing to her Mother’s Hot Spring Inn, miles away in the countryside. 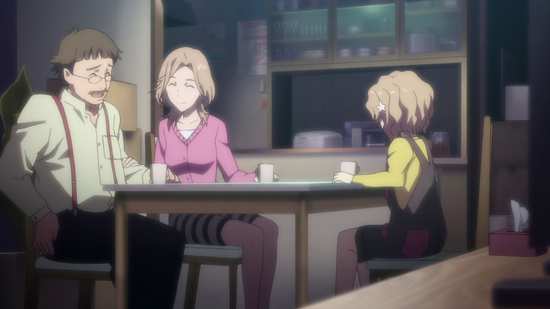 On the train journey, Ohana dreams of finally meeting the old lady and starting a new chapter in her life. Just as she left Tokyo, her childhood friend (Kōichi Tanemura) confesses his feelings for her which were really confusing and she hasn’t had a text from him since. She can’t quite figure out why, but it clearly irks her. 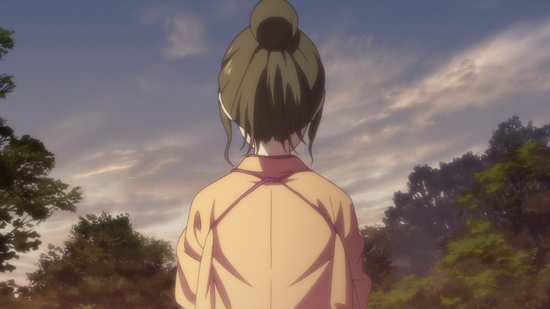 Her new life dreams are somewhat shattered though when she arrives only to discover that her grouchy grandmother, the 68-year-old Sui Shijima, has other ideas and sees her arrival merely as an opportunity to employ another put-upon worker. Fighting through her tears, Ohana is determined to make good and works as hard as she can, scrubbing floors and helping clean laundry from dawn till dusk, in return for very basic food and board.

Though her Grandmother seems cold to the point of cruel for the first half of the series, even striking her workers when they have done wrong, as the series progresses, we see a potentially more caring side too. Nothing in this series is as black and white as it first seems. 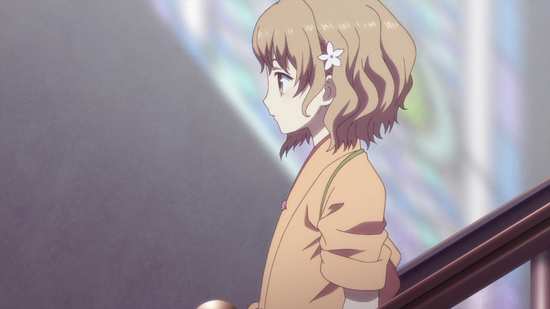 The hot spring inn has a whole host of workers, including her Grandma, as well as some very quirky guests. At first, Ohana’s enthusiasm to help upsets her co-workers, and she makes plenty of rookie mistakes, but she slowly wins them around, one by one. Even her seemingly cold as ice Grandmother has to concede that she makes an effort and takes initiative.

When she arrives at the Inn she immediately gets off on the wrong foot with her roommate, Minko Tsurugi, an apprentice chef, by pulling up some herbaceous plants she has recently sewn. She then makes things even worse by dropping her friend in it by making some mistakes which her Grandma blames Minko for. As the series progresses, things thaw between the two and they become good friends. Minko is secretly crazy about her Chef mentor, the 23-year old Tōru Miyagishi and goes bright red whenever he speaks to her. He is often harsh in his criticism though this does nothing to put Minko off. Whilst Ohana doesn’t warm to Toru because of his slightly cruel and dismissive manner, he certainly warms to her and this causes further tension between the girls. It’s all go! 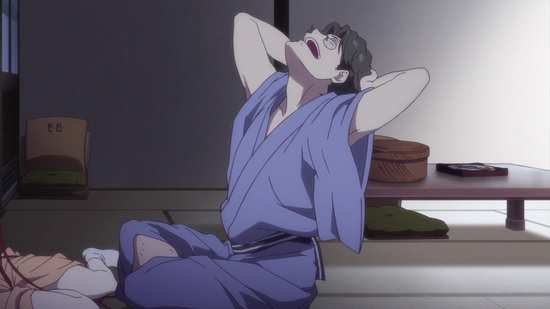 Ohana also causes trouble for a painfully shy young girl, Nako Oshimizu, who is supposed to be training her, as a cleaner and maid. Nako is part-time and lives elsewhere with her parents and three younger siblings. It turns out that, despite her shyness, she is a brilliant swimmer. 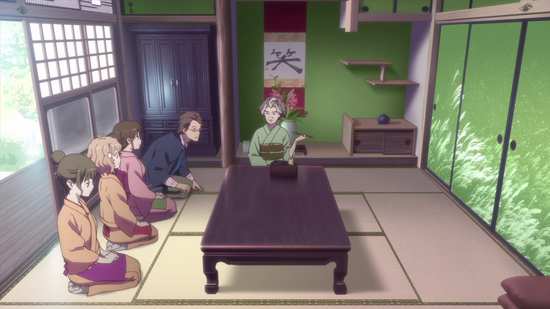 Another slice-of-life aspect to the series is when Ohana also meets some new friends at the local high school, which she attends wth Minko and Nako, including Yuina Wakura, the daughter of the owner of a rival inn and potentially a wealthy heiress.

Things get especially weird when a ‘famous writer’, Tarō Jirōmaru, a particularly demanding guest at the inn, kidnaps Ohana (yep – you heard it right) in order to tie-her up as inspiration for his erotic works, but Ohana even manages to take this in her stride. It turns out that her Grandma has already twigged that the visitor is not as successful as he has claimed, but she is determined to uphold all her guest’s honour, even it means turning a blind eye or not getting her bills settled. When it transpires that the reprobate is none other than an ex-manga author of a cooking series, which inspired both Minko and Tōru to become cooks in the first place, he is soon forgiven and allowed to become a part of the troupe. Only in an anime. 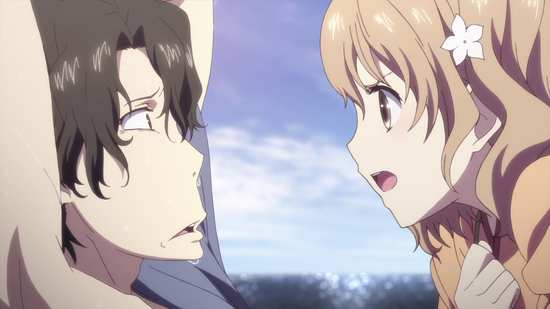 There are some lovely digs at modern life versus traditional values in the series, like an episode when a management consultant comes in a tries to modernise the inn, creating staff uniforms which prove to be a complete disaster. Ohana saves the day when she finds a store of old uniforms which prove to be a real hit. Or another with the arrival of a group of ‘survival gamers’ causing havoc at the Inn. Or the prospect of a ‘mystery review’ sends the Inn into a tail spin trying to guess who the critic might be, but electing to treat everyone equally well gets a good result. But later, a twist in the tail shows that a new local hotel gets a great review and the old inns are suddenly out of favour. Ohana isn’t sure who is writing the reviews but, as her absent and irresponsible mum is a feature journalist, she has a hunch. Maybe her mum should come back to the inn and see it properly for herself? 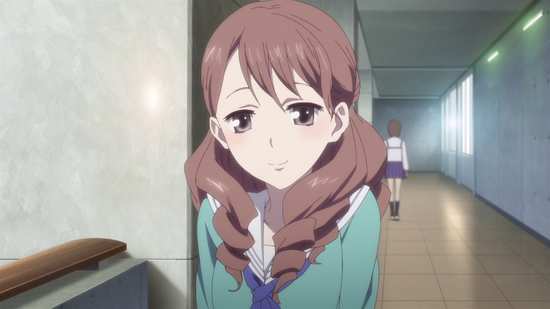 Throughout this first half of the series, there are relationship dramas and lots of everyday life stuff, imbuing the series with an almost soap-like feel, making watching the next episode irresistible. In fact, it’s the episodes where less happens story-wise that seem to have the most impact. How odd. 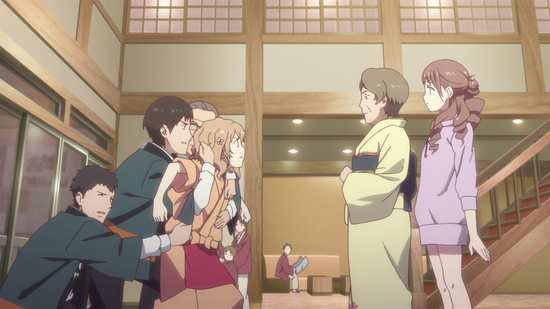 The last handful of episodes in particular are completely absorbing and there is no doubt that if you get that far, you’ll need to watch the second part of the series. (Fortunately, that review set arrived before I posted this review so I’m watching it now.) 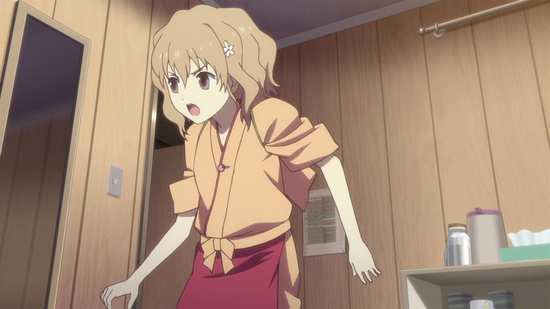 The animation, voice work (all Japanese) and music all work well and the Blu-Ray is flawless. Lots of lovely, crisp character animation against watercolour washed backgrounds give the series an almost artful air, and it’s just so, well, ‘pleasant’ to watch.


The first 13 episodes are collected on two discs and there is little more in the way of extra features, bar the usual trailers and clean (caption-less) opening and closing sequences.