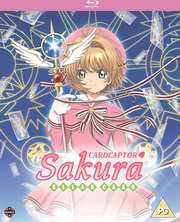 Don’t you just hate not knowing? Even if it’s just the pettiest of things, things that have no import in your lives, won’t change the fundamentals in the slightest. It’s that same urge that compels us to find out how magic tricks are done, and then afterward complain about how simple and obvious it all is. At the end of January just past, I reviewed the first half of Cardcaptor Sakura: Clear Card, the belated continuation of the Cardcaptor Sakura story, and it was released on February 11th. Then a couple of days later it was pulled from retailer shelves, no reason given. There was just a promise that after issues were resolved, it would re-appear and would be followed by the second half. And that was the last we heard of the matter, leading to all manner of speculation. Then, last month, Manga Entertainment announced that Part 2 would get a release in the middle of July, and that Part 1 would be back in shops and on e-tail a couple of weeks prior to that. It’s all good news, but I will never know what caused the initial recall. It won’t make the slightest bit of difference to my enjoyment of the show, but it will bug me incessantly from now on. 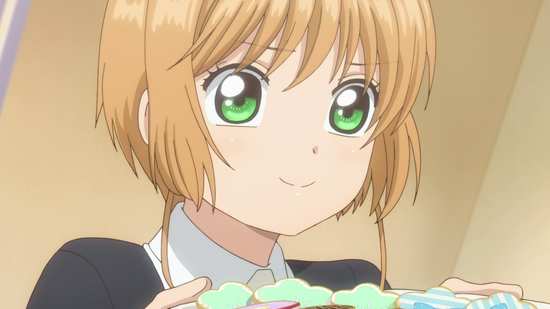 Previously, Sakura Kinomoto opened the wrong book, and unleashed the Clow Cards on the world. With the Guardian of the Clow Cards Keroberos, she undertook a mission to retrieve those magical cards, and gain their powers. It wasn’t easy, but she had the aid of her best friend Tomoyo, and the enigmatic Li Syaoran, a boy with powers of his own. 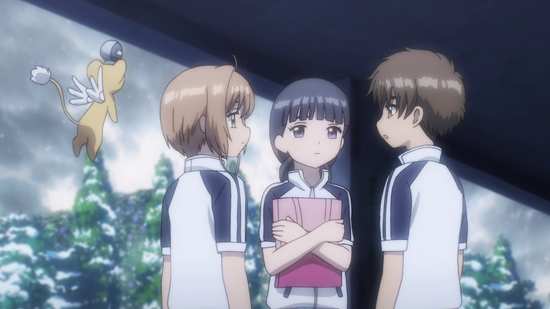 Now, Sakura is starting middle school, and Syaoran is coming back from Hong Kong. Life couldn’t be much better. But an ominous dream precedes all of the Cards turning blank, their powers lost. Strange things are happening again, and this time, only Sakura can sense the magic. Another dream gifted her with a new key, and she has a whole new set of cards to collect. 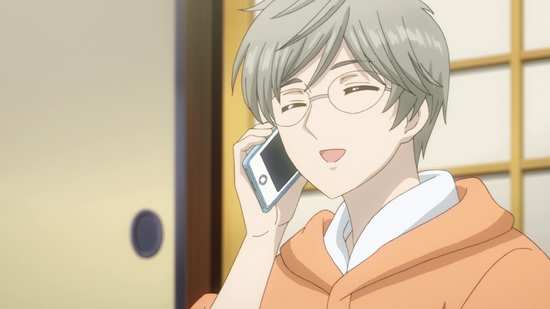 The concluding eleven episodes of the series are presented across two discs. 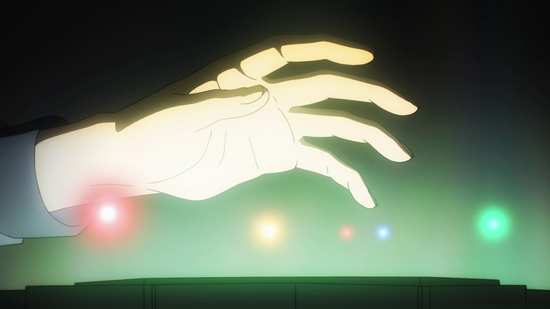 The show gets a 1.78:1 widescreen 1080p transfer on these discs, which is clear and sharp, with strong consistent colours. Take the classic late nineties character designs and give them modern production values and animation, and you have a show that looks delightfully retro and cutting edge as well. The show is a bright, colourful affair aimed at younger audiences, so dark atmospheric scenes aren’t too common here. It also means that digital banding is practically absent. This show looks excellent in high definition and a couple of flashback sequences let you compare it to the original as well. 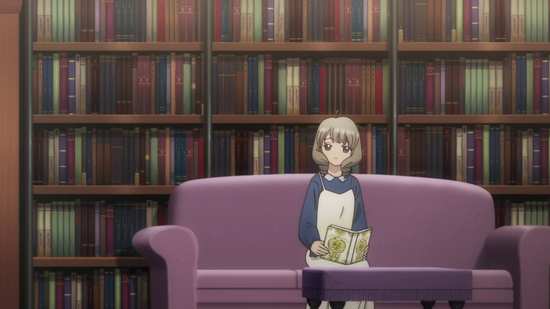 You have the choice between Dolby TrueHD 5.1 Surround English and 2.0 Stereo Japanese, with subtitles and signs locked during playback. The audio is fine, the actors are suited to their characters (the Japanese cast returning after 20 years), and what I sampled of the English dub seemed fine. The show gets some really nice theme tunes, the action comes across well, and the subtitles are accurately timed and free of typos. 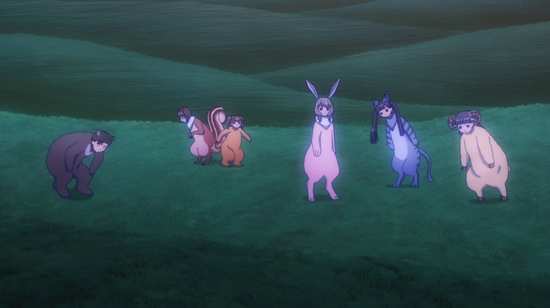 Disc 2 has the extras which in this case are limited to the textless credit sequences, two opening and two closing. 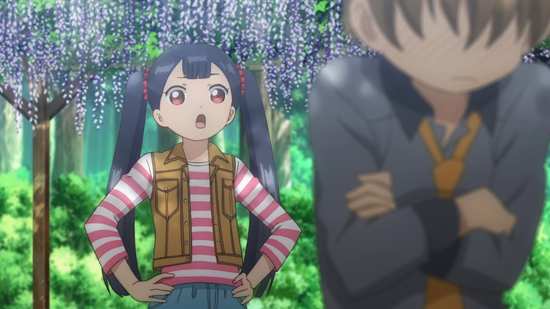 My biggest challenge watching Cardcaptor Sakura Clear Card Part 2 was the same as in the first half, staving off boredom. That ought to be expected when you have a middle aged man evaluating a show that’s aimed at children, and young girls in particular. There are classic kids’ shows where nostalgia outweighs maturity, and there are shows that play to more than one level, offering entertainment for parents as well as kids, but Cardcaptor Sakura Clear Card is too new to have the nostalgia factor, and it is far too pure, innocent, straightforward and sweet to indulge in anything as crass as irony and knowing winks. 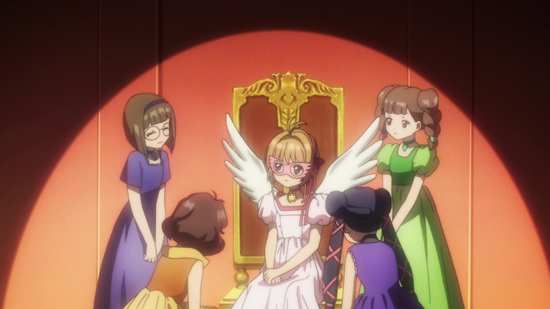 There’s only so much appreciation I can show for a simple, ‘monster’ of the week format, only so much vicarious joy I can take from the naive, warm and thoughtful interactions of young friends, and the halting, tender romance between Sakura and Syaoran, which at its most explicit tends to extreme shyness and blushes. It’s a show that just isn’t for me. 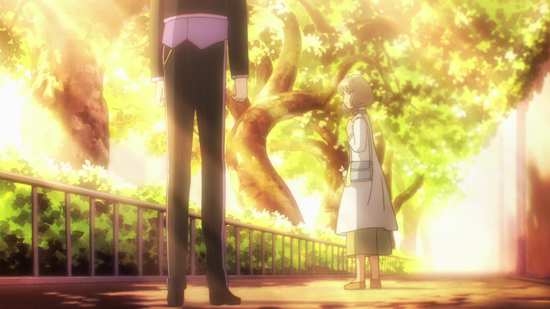 You really need to ask a five-year-old or a seven-year-old as to what their opinion of the show is. It’s the classic card based collect-em-up genre of anime, which we’ve seen in many forms on Saturday morning television. Sakura, the Cardcaptor of the title is collecting magic cards to fill, a deck a grimoire in a packet you might say, and each new card manifests in some sort of metaphysical disturbance that only Sakura and her friends can deal with, using the magic they have collected to that point. If they succeed, the disturbance will end, and a new card will appear to be collected. 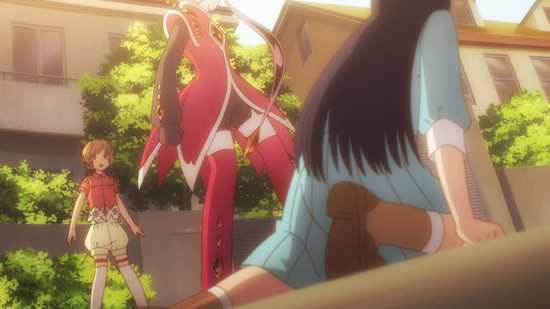 In between these incidents, the show concentrates on the characters’ friendships, which are presented in that warm, endearing, and joyful way. For example, one episode is about Sakura and Akiho visiting an infants’ school to read to a class of children. Young people caring about each other and respecting each other is an idealistic way of looking at childhood, but it very much has an appeal I can recognise, even if I’m a little too old to appreciate. 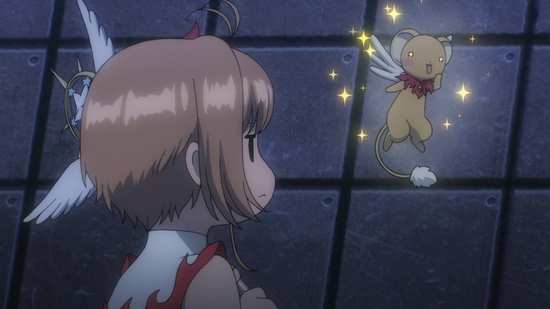 There is an ongoing storyline that comes to a head in this collection of episodes, that regarding Sakura’s newest friend Akiho, and her enigmatic butler Kaito, and some mysterious dreams that manifest for the characters, with ominous meaning. Towards the end of the collection, the dreams enter the real world, revelations are made, and jaws drop, only for the weakest point of this collection, the end, where a great big magical reset button is applied, memories are obscured, and we’re left with an absolutely annoying ‘to be continued’. It certainly hasn’t been continued in anime form at this time, and you may need to pick up the manga instead, but the CLAMP collective have this annoying tendency of rarely finishing the stories that they start. It’s enough of a downer for me to question why I started watching the show, but as I said, the younger demographic will be able to appreciate the episodes a lot more than I did.