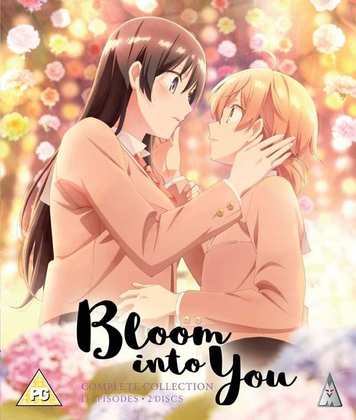 Two anime for review this week, which isn’t unusual, but there was also one documentary about anime, which is downright unique in the UK. Bloom Into You was the new anime released, a series about a high school romance between two girls. That’s not an oversubscribed genre in the UK, but thankfully the one example that we do get is a pretty good one. It asks that fundamental question about first love... how do you know it’s love? With two girls with different expectations, it ensures a rocky road to their relationship. Click on the review to read more. 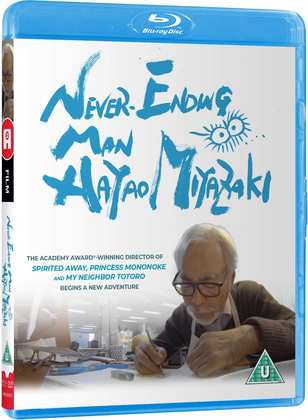 By now, it’s become apparent that the release of Never-Ending Man: Hayao Miyazaki in the UK has hit a snag, in that we’ve got the US Region A/1 discs instead. Fortunately for the review, I somehow had a Region 2 check disc (not that I would have noticed), and wound up reviewing a really quite interesting portrait of the master filmmaker in his retirement. It’s a melancholic look at a man in his twilight years, declining in strength maybe, but still possessed of a compulsive need to remain creative. 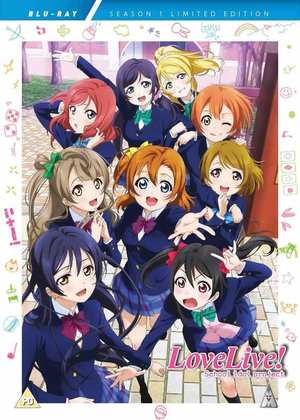 Of course there is my perennial need to double dip my favourite DVDs to Blu-ray, while my threshold for “favourite” keeps getting lower and lower. Not that it needed to be low for me to take a hi-def look at Love Live Season 1. The pop idol genre is big business in anime these days, and it’s easy to see why. The combination of cute girls doing cute things with catchy pop tunes is a multimedia winner, and Love Live is one of the first shows to get that formula right. 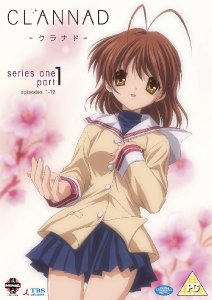 Clannad. I was in the mood for some blatant emotional manipulation. Not really, but it was next on the re-watch list. Clannad is another adaptation of a Jun Maeda Key Visual computer game, one where you play the role of the male protagonist, and try to advance your relationship with one of several girls through making the right choices, or saying the right things at the right times. Of course, the TV series has to do the cake and eat it thing, and offer as much of each girl’s story arc as possible, while developing a central relationship to its conclusion. You can tell that having seen a few shows like this, Kanon, Clannad (and God help me, Photo Kano), the format is obvious, while storytelling tricks to invoke an emotional response in the viewer are blatant. That doesn’t stop Clannad from being one of the good ones, with the boy with the traumatic past, Tomoya Okazaki getting involved with a frail girl named Nagisa Furukawa, who has dreams of being on the stage. As well as helping her dreams come true, he also winds up solving the problems of several other girls in his school. Surprisingly for a Jun Maeda joint, the music isn’t really that good, deliberately designed to sound like a video game, fading in and out abruptly as the emotional tempo of a scene changes.

Clannad was released on DVD in two parts by Manga Entertainment in 2012, and it got a complete series re-release (not to be confused with the sequel series Clannad After Story). Here’s my review of Part 1 of Clannad. The DVDs are still available to buy today. There is a Region A locked Blu-ray release in the US from Sentai Filmworks.

MVM released Bloom Into You on Blu-ray last Monday, April 6th. All the Anime should have released Never-Ending Man: Hayao Miyazaki on BD/DVD combo today, but given the region coding issue, it might be worth waiting for an announcement from them before placing an order. MVM released Love Live Season 1 on Blu-ray Collector’s Edition in 2016. The DVD versions (the second one had the dub) were released prior to this.