Wander over to Crunchyroll and you’d be forgiven for thinking that the zombie apocalypse had occurred. Every other show that has come out in the last couple of years has been about the undead. Somehow, we in the UK have managed to avoid that so far, with only High School of the Dead troubling out shores. That’s set to change though, as the next wave of zombie mayhem is coming our way courtesy of MVM. They announced the licensing of Sankarea last week, and it’s due later this year. Given just how many zombie shows there are out there to be had, I won’t be surprised if more zombie announcements aren’t due.

Manga’s Latest Podcast Is Up

The great and the good come together once more to shoot the breeze about all things anime. Tune in for loads more trivia, and news about stuff like the UK release of Deadman Wonderland on Blu-ray and DVD this July (The Blu-ray ahead of the US), and Stein’s Gate in two parts, BD and DVD, and much, much more. 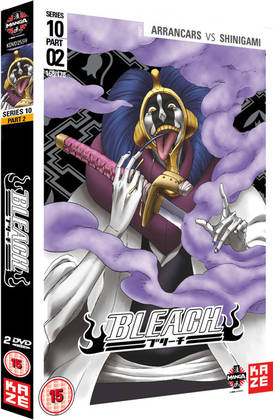 My first review of the week turned out to be yet another instalment of shonen adventures. Scarcely a week seems to go by without some major animated expression of testosterone, aimed at the pre-teen and early teen male market. This time around it was Soul Reapers and Swords in the form of Bleach: Season 10 Part 2. Confusing labelling aside (as this set contains Season 11 as well), it turned out to be that part of Bleach that occasionally shows up to remind me of why I initially liked the show. It isn’t the return of Don Kanonji though (Boy, I miss that guy), but it is the return of Bleach filler. I’m just contrary in that way. The bit that most fans hate the most, is the bit that I like the most. 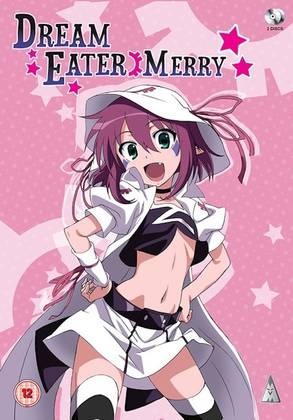 Then came the turn of something new to the UK market, Dream Eater Merry. It’s a self-contained anime series about dreams obviously enough, a subject that is surprisingly only occasionally explored in the anime medium. A cute girl somehow breaks free from the dream world, and has to fight her way back in. She gets the help of a human boy from the real world with a unique ability. But while she wants in, there are Dream Demons on the inside who want out, and they way that they escape is dangerous for the dreamer. Fantastic imagery and an interesting concept come together in Dream Eater Merry, and the results are worth taking a closer look at. 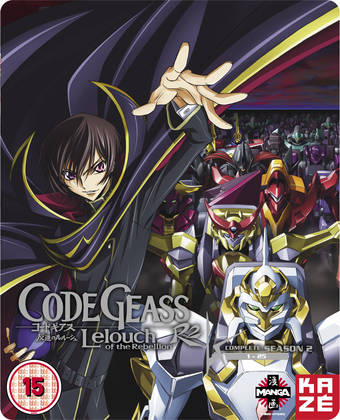 Manga Entertainment release Code Geass Lelouch of the Rebellion R2: The Complete Second Season on Blu-ray and DVD, as well as Bleach Season 10 Part 2 on DVD today, on behalf of Kazé Entertainment. Dream Eater Merry is out next week on Monday 18th of March, courtesy of MVM, but they might have a few early copies at the Anime Online e-tail site.