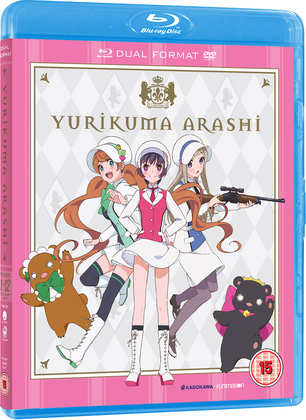 Let’s bound straight into the reviews again, beginning with Yurikuma Arashi, the first title I looked at last week. This one comes from the brain of Kunihiko Ikuhara, the creative force behind The Adolescence of Utena and Mawaru Penguindrum. You won’t be surprised to see his characteristic narrative style and visual exuberance in Yurikuma Arashi, a show about lesbians and bears, but there’s also something characteristically Ikuhara that’s missing from this show. Click on the review to see just what that is. 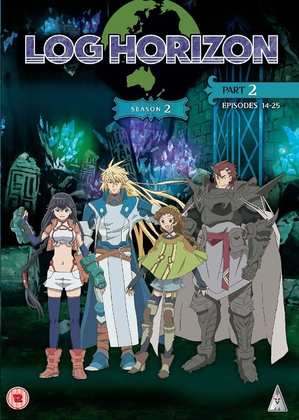 Next it was the turn of Log Horizon Season 2 Part 2, which at this moment in time is all the Log Horizon anime that you’re likely to get. It’s a rare online RPG anime that appeals to me, with a depth of narrative and complexity of worldview that makes up for the cookie-cutter approach to its characterisations. It’s been a slow and steady show that’s been getting slower and steadier as the series has unfolded. That does beg the question of if this show can deliver enough to make this collection a worthy conclusion, should no more be made, or if everything is left hanging. 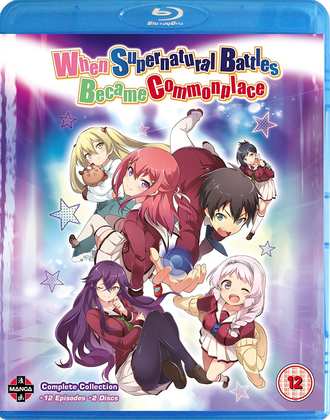 I concluded the week with a review for When Supernatural Battles Became Commonplace. This show has an interesting premise, a world where teenagers acquire special powers, but have no particular reason to use them. This isn’t a world with supervillains, or disasters requiring people be rescued. It’s a super-powered slice of life show, which is as unlikely an idea as you could think of, but it adds a little something extra to a well-populated genre. Alas, the creators must have thought that the idea alone couldn’t sustain. 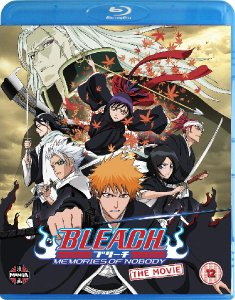 Bleach The Movie: Memories Of Nobody. If you’ve read my reviews of Bleach, you’ll know that the series became quite the millstone around my neck as it unfolded. It’s probably my least favourite long-running shonen anime, a great idea that got wrapped up in its own mythology, drowned in filler, and wasted its characters (Orihime!). You’ll be surprised to know that the first movie, Memories of Nobody is the outlier, the exception to the rule, the one piece of Bleach that I adore. As a feature spin-off, it’s filler of course, but it’s really well done, set early enough in the Bleach timeline to avoid those ridiculous levelling up special moves, and it offers a really well told, emotionally resonant story. It’s a movie where the characters and their feelings are uppermost. It’s about as non Shonen Jump as you can get without losing the action and the fighting.

Manga Entertainment first released the movie on DVD back in 2009, but Kazé subsequently gave it a Blu-ray outing in 2012. Both are still available from retailers today. Here’s my review of the Blu-ray if you need a little nudge.