You may be asking that question, but unfortunately the last week saw a couple of delays announced. Manga Entertainment have had to push back Fate/Stay Night Unlimited Blade Works to 30th September, while Kazé have pushed back Bleach Series 11 to 2nd September, and Penguindrum Part 2 to 7th of October. We weep for the penguins... 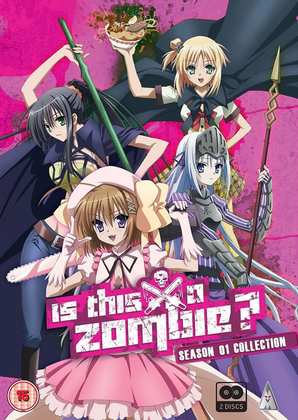 Last week’s reviews began with Is This a Zombie? Series 1. I’m not a horror fan in the first place, and my least favourite of the horror tropes is the zombie. I wasn’t looking forward to this show. But then it turned out to be a supernatural harem comedy, where the central undead male character managed to gather a coterie of spooky females, including ninja vampires and necromancers. Then he got zapped by some magic and got turned into a transvestite magical girl wielding a chainsaw... an undead transvestite magical girl, wielding a chainsaw. Conventional this anime ain’t, but it has a certain charm and a very effective visual style. Click the review to read more. 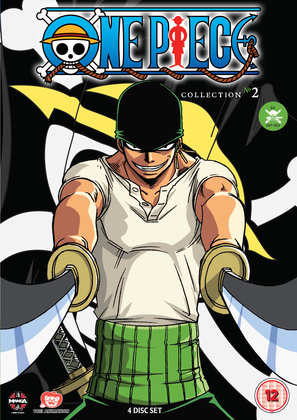 Speaking of zombies, I should be one by now, given just how much shonen anime I have had to review, especially this year. Of late, it has been a constant diet of at least two episodes a night of Naruto, Bleach, Dragon Ball Z, and of late One Piece, and just to mix things up, a brief interlude of Kenichi: The Mightiest Disciple. That’s nonstop shonen anime for at least the last six months. I should be a gibbering wreck, except that once in a while, the anime genre that appeals to the lowest common denominator, the cartoon equivalent of the daytime soap, throws up a stretch of episodes which rise above their genre. One Piece: Collection 2 has an arc just like that, one that looks at Nami’s back-story, an arc that actually had me with a lump in my throat. 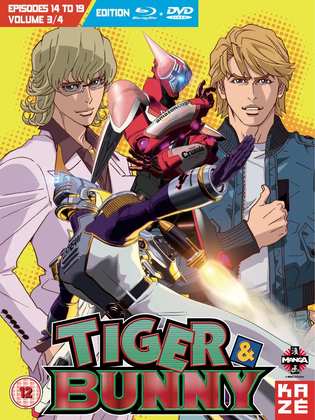 Then it was Tiger and Bunny Part 3, where Blue Rose develops a crush on Wild Tiger, where Sky High falls for an enigmatic girl on a park bench, where Lunatic thinks about his dad, where Wild Tiger goes home for the weekend, and where Wild Tiger and Barnaby go to the ice rink and partake of a Christmas Tree. And then there’s the whopping great revelation about the truth behind everything, ever, that turns the whole series upside down, and leaves everything on a jaw-dropping cliffhanger. 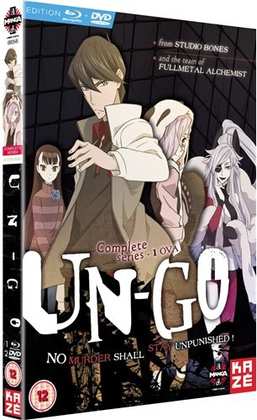 The Blu-ray of Un-Go doesn’t work in Panasonic Blu-rays, which is why I passed it on to Stuart McLean to review. Who also has a Panasonic player... hence the review for the DVD. Turn on the TV, and chances are that there is a detective show on. Cops and villains, confounding mysteries, they’ve become the staple of our TV diets, and you’d think that just by making a detective show, you’ll be raking in the cash. Stuart learned that isn’t always so with Un-Go, a detective show that cheats by giving its protagonist a demon helper that can force suspects to speak the truth.