The UK’s newest anime streaming service switched on this week, as FunimationNow came to our shores. It’s Funimation’s newest iteration of their streaming service, starting some two months before it makes its US debut, which in essence means that we get to be Beta testers. It says as much on the site, offering a 30-day free trial for the full service, which offers 1080p streams, simulcasts, access to the whole UK library (about half of their US catalogue), and their English dubs. Thereafter subscribers have the choice between £6.99 per month for full access, £3.99 a month for subtitle only, and a free option for ad-supported anime from a more restricted choice of titles. I’d give it a little while before signing up for the 30-day trial as there are still more than a few kinks to work out of the service. 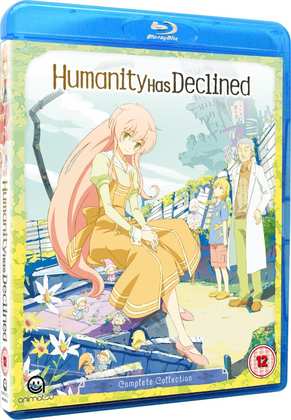 The first review last week was for Humanity Has Declined, a show which I have been looking forward to seeing on home video ever since I first watched it streamed. It’s a post-apocalyptic fantasy comedy (the clue’s in the title), which sees the human race being supplanted as the dominant species by Fairies. Only the interactions between the two species are potentially fractious. That’s where the UN appointed Mediator comes in, a girl whose job it is to see that the Fairies’ enthusiasm about the human species doesn’t get out of hand. This is one of the unique ideas that occasionally make it to anime form, and that’s one reason to seek shows like this out. But I may have been looking forward to it a little too much. Click on the review to see why. 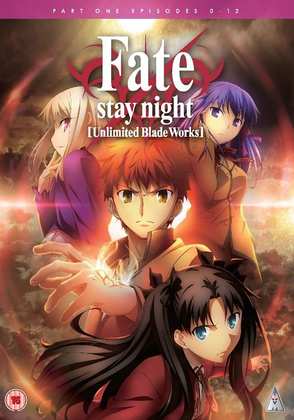 It was then the turn of Fate/Stay Night Unlimited Blade Works Part 1. Studio ufotable had a stellar success when they brought the Fate/Zero prequel to screen, so it might have made sense to revisit the Fate/Stay Night visual novel that has already had two bites at the anime cherry. Unlimited Blade Works originally was made in movie form; not ideal for a long form story, so this full length series offers a better adaptation that does justice to the characters and narrative. It is Rin and Shirou’s story again, as the mages summon forth their Heroic Servants Archer and Saber respectively, all to do battle for the Holy Grail. It looks fantastic, but in some respects it’s a very familiar story. Click on the review to see if the extra pretty is enough to make this show worthwhile. 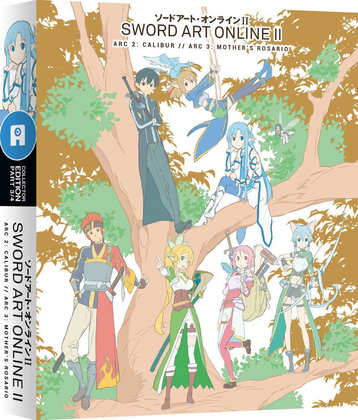 I rounded off the week with a review of Sword Art Online II Part 3. The fantasy RPG story takes a breather from the usual doom-laden, high stakes plots in this collection of episodes, with the characters winding down from the previous Gun Gale Online story with a stretch of three episodes where they actually just play the game that they spend most of their time Matrixed up to. It’s the calm before the storm of the final arc of this second series, and we get the first two episodes of that as well here, unlike the US release. Click on the review to hear my woes about reviewing single volumes of anime. 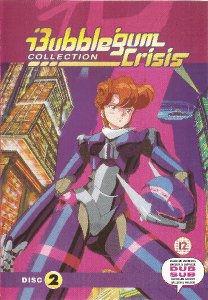 Bubblegum Crisis. Sometimes I could use a reminder of why I started watching anime in the first place, the sort of cyberpunk action shows that drew me into the medium in the mid to late-nineties. This isn’t one of those times. But I don’t need an excuse to watch the fabulous Bubblegum Crisis again, one of the better shows of that era, heavily inspired by the cyberpunk movement, movies like Blade Runner and Robocop. This is one of those dystopian futures where mankind exists uneasily with machines, and ‘Boomers’ running out of control require swift and decisive responses. When the city’s AD Police prove insufficient, there are the secret Knight Sabers, four women who don powered suits with awesome weaponry to fight the robot menace. It’s made all the more challenging in a world with rich mega-corporations seeking wealth and power through whatever means necessary.


MVM released Bubblegum Crisis on three DVD volumes several years ago now, back in 2000. As you might guess, it’s well and truly deleted at this time. Here’s my review for Volume 2, which I had a devil of a time tracking down, finally sourcing a second hand copy back in 2012. It’s surprisingly easier to find now, as are the other volumes. No doubt that’s down to the Blu-ray. It got a general release in Japan, but in the US, Animeigo launched a kickstarter to release an English language version to the world. They even got a UK/Euro release sorted, although the limited release practically flew off their shelves. At the moment it’s only available directly from Animeigo, and only the mega-expensive Ultimate Edition remains available to UK customers. Personally, I’m hoping that the Blu-ray gets a general retail release down the line.