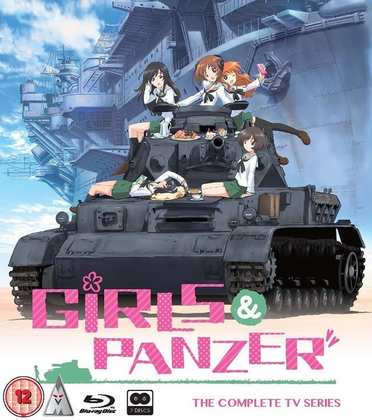 We’re approaching the end of the month, which is why you’re finally going to see a glut of new anime reviews over the next couple of weeks. But first let’s begin with something from the back catalogue, as I took a second look at Girls und Panzer, this time on Blu-ray. Cute girls shooting at each other with tanks! On paper its sounds like the dumbest idea in a long line of dumb ideas, but in practice, whoever came up with it is a certifiable genius. I loved the show when I watched it on DVD, but on Blu-ray it becomes a transcendental experience. Click the review to read more. 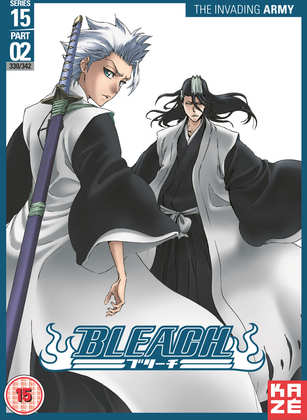 Next up was the pen-pen-ultimate instalment of Bleach in Series 15 Part 2. This is the last of the Bleach filler, the second half of a story arc that focuses on the mod souls, those little characters in pill form, designed to take over a body while its spirit is disembodied, doing Soul Reaper work. This far into the series, it’s better not to sweat the details and just go along for the ride, as the sheer complexity and mass of the story jargon can be overwhelming. But one thing can be said for this instalment, this last portion of Bleach filler is pretty good, in comparison to other Bleach filler.
Here’s a trailer of how it all began all those years ago... 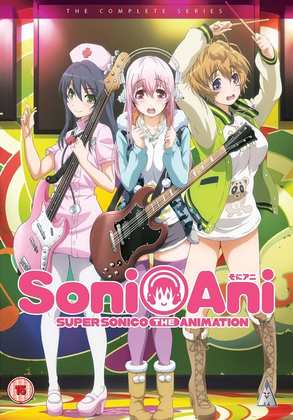 Finally I took a look at Soni-Ani – Super Sonico: The Animation. It’s an anime show based on a corporate mascot, but don’t let that put you off. The mascot herself, Super Sonico is certainly easy on the eyes, but the show too is a surprisingly agreeable slice of life show, following the headphones donning main character over a year of her life as a student, barmaid, model, and rock and roll star. But what really make the show work are the supporting characters. Each episode is different, and most are very enjoyable. What’s more, Super Sonico has some great music to it. Click the review to read more. 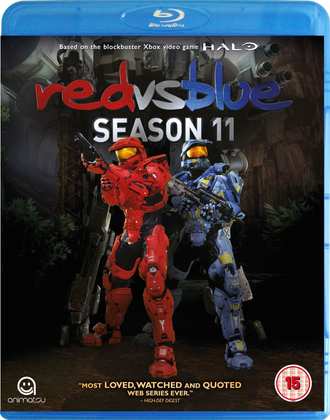 Obviously you like animation if you clicked this link, but sometimes even I want to step away from anime and try animation from a different sphere. If you feel in the mood for something different as well, why not try Machinima, the art of creating cinema using video games. Rooster Teeth have been using Halo to create a comedy show for the last 13 years now, and Red vs. Blue is finally coming to the UK. The most useless soldiers in the universe, the Reds and the Blues are stranded on a planet after their spaceship crashes, and working together to be rescued isn’t going to be easy with those personalities. But there’s more to this planet than meets the eye. Click on the review for Red vs. Blue Season 11 and see why you can do so much more with Halo than just blow things up! 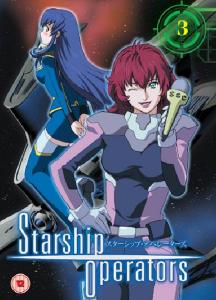 Starship Operators. I like my space opera. Give me interpersonal conflicts, big spaceships and epic battles and I’m in clover. Starship Operators was a short series that attempted to play in the same sandpit as bigger franchises like Star Trek and Battlestar, but being afforded the budget equaliser of animation it could do things that these live action shows could not. For one thing this was the kind of space with no gravity. The second thing is that the creators tried to afford its space battles some realism, emphasising the vastness of space, with spaceships millions of miles apart when they did battle, so far apart that they’d count down the seconds before a laser beam hit. Its tale was a little different too, with an advanced spaceship full of cadets establishing a government in exile when their planet is invaded, carrying on the war by themselves, signing a contract with a reality TV show to film their exploits in exchange for keeping the ship supplied and repaired (the reality TV show winds up adding sound effects to their battles for ‘realism’). When I first watched the individual volumes, I found it a little talky, suffering from character overload, and diminished by the single volume format in a show that is best marathoned. This time I did get to watch the show all the way through without pause, and it really has improved on repeat viewing. The character overload is still there, but the politicking and strategising outside the impressive battle sequences really does embellish the story. And I’ve come to think that Starship Operators has one of the best final episodes in any anime series, which evokes genuine emotion for a spaceship that looks like a Nike.

Here’s a review for the final volume of Starship Operators from back in 2008. You can still find the single volumes around on retail websites, but MVM have subsequently re-released the show in complete series form, which as well as saving space, is a lot more convenient. It’s surprising that the single volumes are still available after all this time, as Starship Operators is a show that definitely deserves more love than it’s gotten.