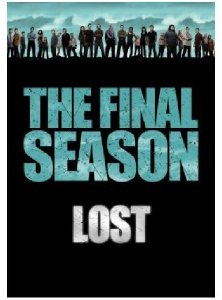 The beginning of the end…

BOTH AVAILABLE ON BLU-RAY AND DVD FROM MONDAY 13TH SEPTEMBER

Get lost in Lost for the final time as the critically-acclaimed US drama series crashes onto Blu-ray and DVD on Monday 13th September with the release of Lost The Final Season and Lost The Complete Season Box Set.

The Blu-ray and DVD of Lost The Final Season contains hours of exclusive bonus features including; deleted scenes, bloopers, an emotional featurette focusing on the end of the acclaimed series, and the much anticipated new chapter of the island's story from Executive Producers Damon Lindelof and Carlton Cuse.

An invaluable box set for fans and followers of Lost, Lost The Complete Season Box Set contains every episode from all six seasons plus hours of bonus material and DVD extras, giving audiences the opportunity to relive the secrets, intrigue and emotion all over again. Fans will be able to unearth crucial moments in the show that may have been missed before, and piece together the puzzle that has kept audiences hooked.

Since its debut in 2004, Lost has engaged audiences worldwide following the Oceanic Air Flight 815 crash survivors in their quest to stay alive by working together against all odds and discovering that nothing is as it seems. Starring a host of award-wining stars including Matthew Fox (Jack), Evangeline Lilly (Kate), Josh Holloway (Sawyer), Jorge Garcia (Hurley), Dominic Monaghan (Charlie), Naveen Andrews (Sayid) and Terry O'Quinn (John Locke), their survival is continually threatened by predators and enemies including the island's inhabitants known only as the "Others". Forced to depend on each other in order to stay alive, the diverse group of survivors are bound by dark secrets and complicated relationships, with the truth behind each character slowly revealed throughout the seasons.

Providing the long awaited answers to the mysteries of Lost, Lost The Final Season and Lost The Complete Season Box Set,are must haves for both fans and everybody wanting to get lost.

· Bloopers and deleted scenes
· Audio Commentaries
· The End: Crafting A Final Season - Examining the challenges of ending a landmark series
· A Hero's Journey - Which survivors of Oceanic 815 are true heroes?
· See You In Another Life, Brotha - Unlocks the mysteries of the flash sideways
· Lost on Location - Behind the Scenes featurette
· New chapter of the island's story from Executive Producers Damon Lindelof and Carlton Cuse

Complete Collection Boxset Contains over 30 HOURS of bonus content from all six season including deleted scenes, bloopers & lost on location.