last post by mbilko
[VIDEO] Why do we need subtitles so much now?

last post by Snaps
[VIDEO] The Last of Us (HBO)

last post by Snaps
What are you listening to now??? (Music recomendations)

Yes, I know we haven't had the 2020 Tokyo Olympics yet, but I read this article which was quite interesting:

Breaking bad? Quite the opposite with latest Olympic sport set to shift traditional thinking
https://www.theguardian.com/sport/2020/dec/15/breaking-bad-quite-the-opposite-with-latest-olympic-sport-set-to-shift-traditional-thinking

As a fan of skateboarding, I'm more interested in seeing these "new" "youth" sports/disciplines/events than the more traditional ones. The sports climbing looks quite exciting, had never heard of that before (Actually that's new for Tokyo 2020/2021).

The funny thing about new events like this is that some supporters of sports like skateboarding , snowboarding, breakdancing, surfing don't want the main stream "selling out" coverage, where others embrace the opportunity for it to be recognized and accepted.

I think it's interesting arguing about if these should be in the games or not, and it's even more interesting when people in the sport aren't sure either.

But maybe it's as simple as... if something is a game and it has a genuine world championship, and enough countries compete in that, then it should be in the Olympics.

And maybe one day that will include gaming. Although Im not sure how you would do that when every four years people are bored and mostly moving on to a new game.

I'd rather watch breakdancing at the Olympics than horse-poncing.

Quote:
Jitendar Canth says...
"I'd rather watch breakdancing at the Olympics than horse-poncing."
...and alongside horse-poncing I give you ice dancing.

Still waiting for 'extreme ironing' to be added, think I could compete at Olympic standard :D 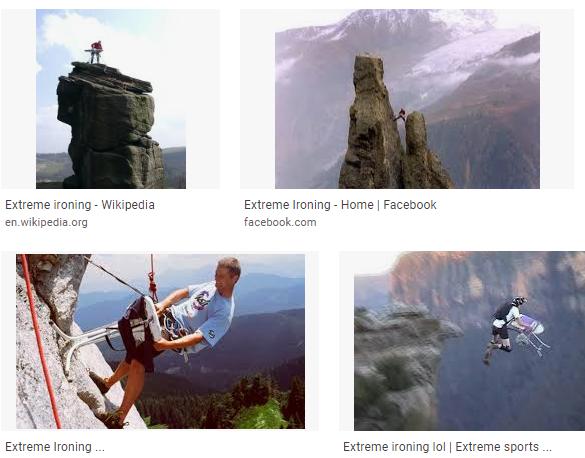 Quote:
Breakdancing will soon be an Olympic sport. These guys designed a system to score it

How most of us can become armchair experts at another sport :)

Personally, I think all these so called new sports make it a bit of a farce... its almost like you can justify anything being a sport?

luddite ;)I think to appeal to younger audiences who aren't so interested in the traditional they're adding new ones, I assume some get removed, or maybe the ones that were added the previous year aren't necessarily included again.

in the link above there's a link to watch the final from the youth olympics where they introduced breakdancing, and it's impressive, and I've enjoyed watching breakdancing before, but like most of these sports where you're rated rather than score "goals", i don't really know why the winner won.

obviously dance like skateboarding, bmx, gymnastics has certain moves which are more difficult than others*, but then there is the certain style element, 2 ppl can do they same move/trick whatever and 1 person would rate 1 higher,the other the other, where as football, doesn't matter if it's a screamer from just outside the box, a perfect cross/header, or a goal mouth scramble, a goal is goal.

*also however, some ppl find certain moves easier/more difficult than others, so the judges have to somehow incorporate that in the decision.

but I guess that argument goes back years for all that type of event, ice skating synchronised swimming etc.

so how do you fell about new events like sport climbing? I really enjoyed watching that, especially having gone to local climbing centre for an induction training course :) was great fun, but bloody difficult and tiring. Also you have to think, like chess about what your next few moves are going to be!

Quote:
marksparks999 says...
"its almost like you can justify anything being a sport?"
Flip reverse it... ice dancing, show jumping, dressage