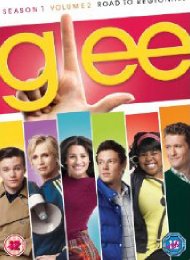 Article
The List out on DVD this coming February

Glee is a modern phenomenon based on the old Kids From Fame format but based in a normal American High School rather than New York's Academy of Performing Arts. Glee centres around a Glee Club, an activity that is actually based in UK tradition, which is a musical group that specialise in the singing of short songs. The first named Glee Club was founded in Harrow School, London in 1787 and were extremely popular in the UK until they were eventually superceded by choral societies by around the 1850's. Still, the tradition worked its way across to the United States where the first US Glee Club with founded at Harvard in 1858.

The Glee Club in question here is named New Directions and based at the fictional William McKinley High School, which is located in Lima, Ohio. The club contains a selection of misfits from the school who are looking for musical success in order to move up the school pecking chain and get some of the respect they feel they deserve. Being a modern TV series, certain demographics are catered to within this group. There's an Asian Goth, a paraplegic geek in a wheelchair, a pregnant ex-cheerleader who will become the single mom of the group, the young gay one who looks like Ewan McGregor, the troubled Jewish girl who wants to be Barbra Streisand, the ex-Jock who looks like he'll grow up to be Matt Parkman from Heroes, etc, etc.

The teacher who pulls this motley crew into shape is Will Schuester (Matthew Morrison), a guy with problems of his own due to the breakup of his five year marriage to Terri (Jessalyn Gilsig) and his stuttering romance with school guidance counsellor Emma Pilsbury, who has many issues including mysophobia (an aversion to contact with dirt in order to avoid contamination and germs - think Adrian Monk...). If that wasn't bad enough, the Glee Club's arch nemesis is the award-winning Cheerleader Coach, Sue Sylvester (Jane Lynch). Sylvester wants to humiliate Schuester and destroy the Glee Club so that her cheerleading team The Cheerio's can use the Glee Club's practice room as an extension to their trophy cabinet and she can take their portion of the school budget.

This DVD set, Season 1 Volume 2, finds the Glee Club after the Sectional competition where despite winning, the club members have found that nothing has really changed in the attitudes of their fellow students. The nine episodes included lead up to and include the Regional Finals. Will McKinley High win the trophy?

There's a jukebox on each disc of all the tracks featured in the episodes, and a Sing-a-Long Karaoke of a couple of the tracks for those of that kind of persuasion - young kids I imagine but there may be sad older individuals out there....

Unleashing The Power of Madonna - a brief focus on the Madonna single artist episode which only had tracks by Madge, looking at why they did it and the effect it had on the cast.

Staying In Step With Glee - the show's choreographers show you some of the moves within the routine for Amy Winehouse's Rehab, a song not part of this set.

Bite Their Style: Dress Like Your Favourite Gleek - the show's costume designers show how they pick outfits for a few of the show's characters (Kurt, Quinn, Rachel and Mercedes)

There's no denying that Glee has had a huge impact culturally, if somewhat bizarrely. After all, it's just a TV show about some singing youngsters, isn't it? Well, not quite. Due to some extemely savvy producers looking to maximise their ratings and popularity with big and popular songs, this has also had an impact on record sales as well. Initially there were bands and artists out there who point blank refused to allow their material to be re-interpreted by the Glee team. That seems to have changed. And the game changer was Journey's Don't Stop Believing, a 1981 soft rock ballad that soared in popularity after being used in one early episode. The cast recorded version of this track was certified Gold in November 2009 after shifting more than half a million digital copies, and that's before you take into account those who preferred the original and the re-released Journey Greatest Hits 1988 compilation, re-released twice in the last two years.

It's also helped that Madonna turned out to be a huge fan as well as her children and gave the team effectively free reign of her back catalogue, which they took advantage of by producing one episode that was entirely dedicated to her material. This episode was so popular that a separate album release was created based on this episode, although there have been so many record releases from this series that it would be difficult to name them all. It's a rather bizarre thing to note as well that in 2009, the Glee cast actually had 25 singles within the US Billboard Hot 100 and
that if you classify the cast under the Glee umbrella, which you should, then this is the most since The Beatles had 31 singles chart in 1964.

So what's the series like? Well, it's a little formulaic in that each week teacher Will Schuester sets his club an assignment to find suitable songs to sing based upon a particular lesson he wants them to learn. Oddly enough it also turns out that Schuester and some of his fellow teachers may also need to learn some of these lessons. With drama mixing with comedy, it's like a singing Dawson's Creek with a variety of teen issues being addressed in the little dialogue between songs, and if truth be told, most of the songs are picked have some slight lyrical reference to the plot line it's been wedged into. I haven't seen any drug references yet, although I'm reliably informed by Q Magazine of all publications that this has already happened, but other issues covered are teen pregnancy, adoption, being gay, being Goth, racism, teen sex & loss of virginity, and others besides. In other words, it's a teen dream with virtually everyone learning a valuable lesson at the end of forty minutes of yakking and singing.

The acting is rather so so if truth be told and sometimes the singing isn't much better. I didn't like a lot of the songs chosen but some are actually pretty good, despite the fact that most of them don't sound a million miles different from the originals. Glee is popular, especially with the younger generation - four of the five of my kids love it, the one who hates it is 21 and I'm sure he really loves it in secret. The critics love it as well, the series has already won 4 Emmy's and nominated for a handful or so, not to mention all the actual and nominated awards. It's like a televisual juggernaut so if you don't like it, get out of the way before you get run over.

The one highlight for me in between all the angst and smiley grins is the show's villain in Sue Sylvester. Jane Lynch was only supposed to have a small recurring role at first but luckily she's one of the main stars. Her performance as the Cheerio's coach reminds me so much of Alan Rickman's turn in Robin Hood: Prince of Thieves, in that she really is the comedy centre of the show and steals it regularly with by far the best lines. I really think I would have given up on this were it not for the respite she offered me.

Anyway, you'll already know whether this is your bag or not. If it is, nothing I'll say will have the slightest difference. But for those of a similar opinion to myself or worse, you also can't get away without recognising the huge impact this show has made in the short space of time it's been on the air. I get the feeling that this show will be around for a while...