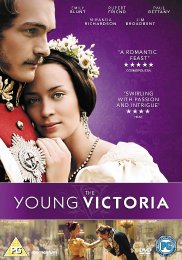 We are entertained...
Review added by
Rich Goodman 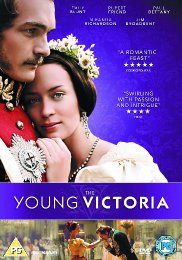 Q: Before working on the film did you have a certain pre-conception of Queen Victoria?

I think the common perception, like yours and mine, was - is - of this sort of dowager widow all in black, very mournful and very reclusive, and we mustn't ever forget that even people we know only as sixty year old women were once sixteen year old girls who liked dancing and Victoria was definitely one of those. And I think people will be surprised by the force of her passion which Emily portrays beautifully, which is that her vivacity and her hunger for life and her refusal to be told what to do gives her an immense dynamism as a young woman.

Q: What sort of legacy do you think Prince Albert left for the British people after his death?

Albert himself, he said 'if we want the people to be good then we must be good.' That was one of his big, sort of, dictums and he genuinely believed that the best way to reform a society and to make a society better and less morally corrupt was to lead from the top and I think the Royal Family, for all their faults or misgivings, will always be the top, as we see them, of the hierarchy and Albert recognised that and he wanted very much to set the example right there, so anyone who wanted to write about him, not that he cared about that, or watch what he did, or studied his behaviour would see a hard working, diligent, morally sound man who loved his wife and his family and wanted only the best and that is an example that one could still follow today, I suppose.

Q: Academy Award Winner Julian Fellowes penned the script for The Young Victoria? How important do you think he was to the filmmaking process?

It really broke her in half, when he died, and for that to happen to somebody they have to have had an extraordinary bond when they were alive. And I think this script - this film - explores the beginnings of that bond. And what Julian has done so brilliantly is he's made it human because it's not a gooey love story where there were never problems. There were huge rows; there were huge discrepancies starting with the fact that she didn't want to marry him. It wasn't an easy road by any means and I think that made it.

On creating Albert's 'look'
We looked at hundreds of pictures because again the problem is we've got paintings but paintings are always posed and they're always taken in full regalia. No painter would ever paint, no subject - royal subject, would ever be painted in their nightshirt yet we have scenes with Albert in his nightshirt, so we were doing a mixture of trying to replicate some of the famous looks and then trying to imagine what he would have been like when he "let his hair down" in inverted commas. And I find it very helpful to be involved on every level, down to the moustache and the colour of the necktie. It all helps to create this man and I think we were very lucky to have Sandy and Jenny designing the look of the film in that respect.

On Emily Blunt
I've been a sort of fan from a distance for a long time. I think she's one of the most exciting actors we have in Britain and it's really important to recognise that because she does a lot of work in America, she does a lot of work in England and her work is consistently exciting and challenging and always so real that I've been sort of quietly watching her from afar for a long time and was just over the moon to be able to work with her.

On Jean-Marc Vallee
I think he's very interested in smashing clichés. We see a lot of things that get repeated over and over and over again in film but they're really not questioned; it's just 'we've seen it so we'll do it again.' I think he's interested in saying 'ok we might have seen a painting of people doing this but what did they do when there wasn't a painter there? What did they do when there wasn't courtiers and servants and maids and servants and sort of well-wishers, when they were just on their own. And we've tried very hard to mark the difference in behaviour when people are on their own in their private quarters with a lover or relative and when they're on show and I think that takes imagination and it takes guts on his part because you know, some of it may not be historically accurate but my thing has always been that we don't actually know what happened. We've got books, we've got paintings, have second and third hand sources, but none of us were there. I think it's interesting to explore what we imagine it might have been like.