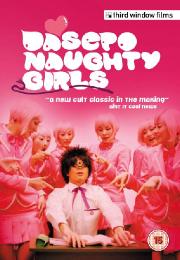 Synopsis:
Based on the popular Internet novel, "Multi-Cell Girl", the film takes place in "No-Use High School", a school renowned for its sexual aberrations. The student body is comprised of sexually ambiguous teenagers, and the student president and vice-president flaunt their taste for S&M. Independent study and supplementary classes are done on homosexuality and transgenderism, and teachers and students alike leave school early because of sexually-transmitted diseases. But amidst this environment, there are some that just can't adapt. Among them: "Poor Girl", a student who earns money for her family by sleeping with older men; "Anthony", a luxurious prett-boy from Switzerland; "One-Eye", the school's sole virgin. Poor Girl falls in love with Anthony at first sight. Meanwhile, Anthony is struck by One-Eye's brother "Two Eyes" and feels confused about his sexuality.