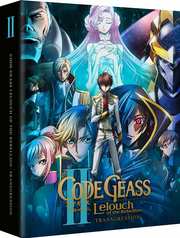 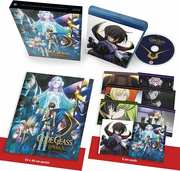 Back at the end of 2018, when All the Anime released Code Geass: Lelouch of the Rebellion - Movie I – Initiation, they were ahead of the curve, the first English speaking territory to release the first of the Code Geass compilation movie trilogy. Not long after, Funimation announced that they would do the same, and looking at All the Anime’s barebones disc, people began to speculate what Funimation would add, not least a dub. In the end, Funimation’s releases were little different, and in some respects even less than All the Anime’s. What all of this actually means for UK customers, is that rather than continue to author their own discs, All the Anime waited for Funimation to release their trilogy, and snaffled up their discs for the second and third movies, albeit with the usual Collector’s Edition packaging and accoutrements. 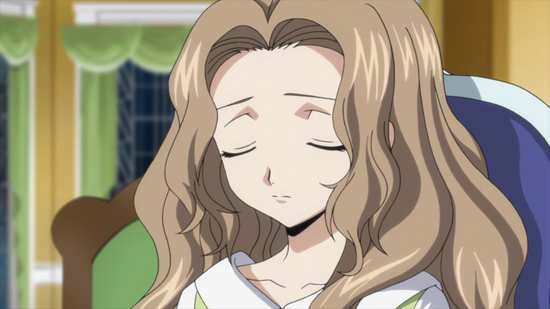 I quite liked the first of the Code Geass films. It is a trilogy of compilation movies, condensing some fifty episodes of narrative to six hours of feature films, and a whole lot of character development and subplots hit the cutting room floor, but, the first movie managed to find a coherent and engaging path through the opening two thirds of the first series. It was a lot more watchable than the usual compilation movie. I’ve been hoping that the subsequent films can keep this up, as sometimes you just want to experience the flavour of a story as a refresher without investing 24 hours of viewing to it. 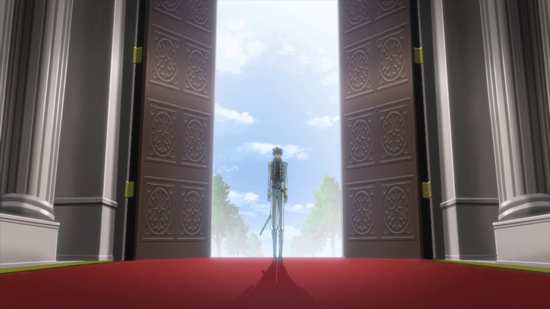 In an alternate world, 10th August 2010 saw the invasion of Japan by the Holy Empire of Britannia. The giant walking powered suits known as Knightmare Frames quickly overwhelmed Japan’s conventional defences, and the nation fell in the space of a month. Re-designated as Area 11 of the Empire, its very identity erased, the Elevens became second class citizens in their own home, ruled over by the aristocratic Britannians. But as with every ruthless overseer, resistance soon developed. Lelouch Lamperouge is an exiled Britannian prince with his own grudge against the Empire, as well as a desire to fulfil his promise to his crippled sister Nunnally, to create a peaceful world for her when she regains her sight. 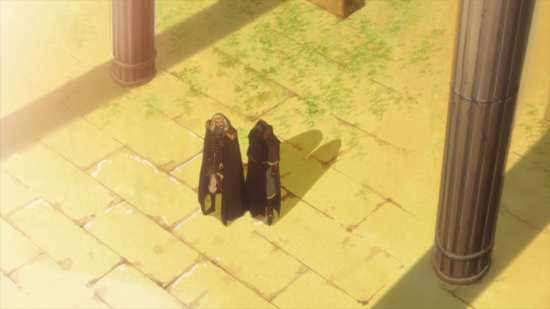 It’s a terrorist attack that gives Lelouch the weapon with which to advance his timetable. Terrorists steal and make off with a container of poison gas, and the Britannians mobilise a force to hunt them down. Lelouch, playing hooky from his prestigious school gets caught up in the mayhem. It isn’t gas that has been stolen though; it’s a secret for which the Britannians would indiscriminately kill to protect. It’s a green-haired girl named CC. CC senses that Lelouch is the one that she has been waiting for, and bestows a gift upon him, the ability to force anyone to obey his will, a geass. With his keen strategic mind, and his vendetta against the Empire, Lelouch now has the tools to take the fight to the invaders. 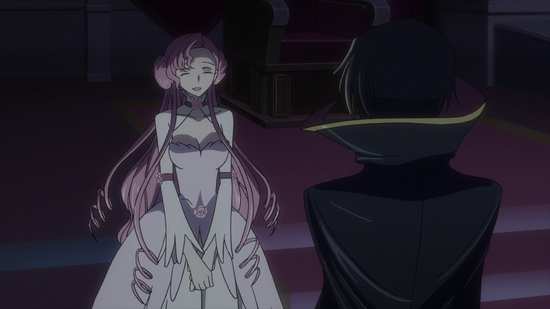 The movie gets a 1.78:1 widescreen 1080p transfer on this disc, and it is pretty impressive, given that it’s taking a 12 year old TV series and re-editing it, alongside new footage for theatrical presentation. Everything is clear and sharp, and on this vanilla disc, there is no sign of compression, aliasing or digital banding. There are a couple of soft scenes, and you can tell the new footage with the full on HD clarity, extra detail, and theatrical quality animation, but the presentation is still a lot more consistent than I expected. 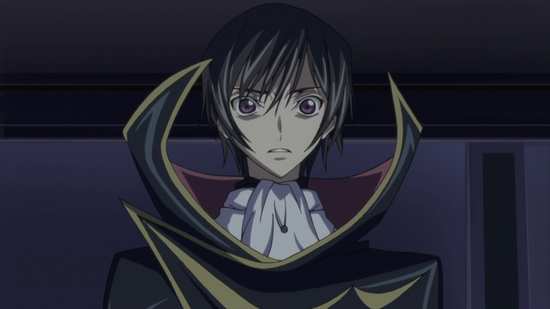 This being a Funimation disc, you get a Dolby TrueHD 5.1 Surround Japanese track with player locked subtitles. The film drops the stereo track that was on All the Anime’s first film disc. I have to say that the surround track was a lot more robust and effective this time around, although there’s also a lot more action in this part of the story to make its presence felt. The familiar themes are present, and the music still drives the story well. You may have fond memories of the dub, but as this is a new edit, with new scenes, there was new Japanese dialogue recorded for this film. The subtitles are timed accurately and are free of typos. 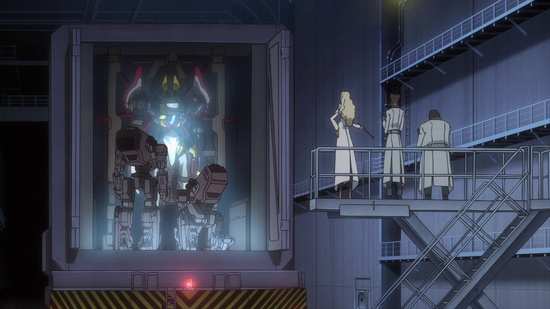 The disc boots to an animated menu after playing a trailer for One Piece 3D2Y.

I haven’t seen the retail release to comment on the packaging or the physical extras. 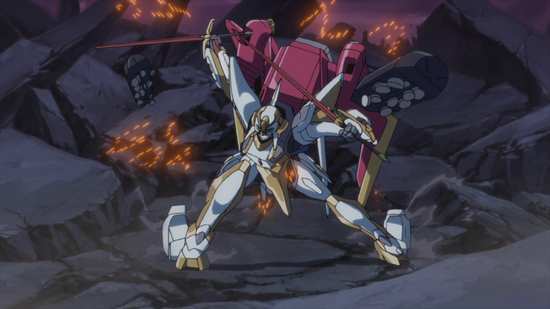 Talk about first world problems from a reviewer perspective. After releasing the first film, there’s not a peep from All the Anime for over a year, and then they release Movies II and III back to back, barely a month before Manga Entertainment re-release the original series on Blu-ray, ditching the Kazé discs for Funimation’s superior offerings... And we still haven’t seen Akito the Exiled in the UK. Just how many times am I supposed to see the same story in short order? Like I said, those are just my personal issues. 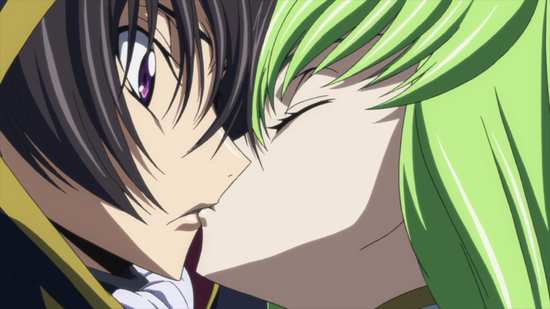 The second compilation movie has issues all its own which will prove of more concern to viewers. The curse of the compilation movie hits and it does so big time! The same problems that the first film struggled with are immediately apparent here. To squeeze the story in, all of the subplots, and sections of the main plot hit the floor, as does any semblance of character development. The supporting cast are reduced to cameos, and even the main cast suffer. But that was evident in the first film. Transgression starts off in just the same way, and proceeds pretty well to begin with. 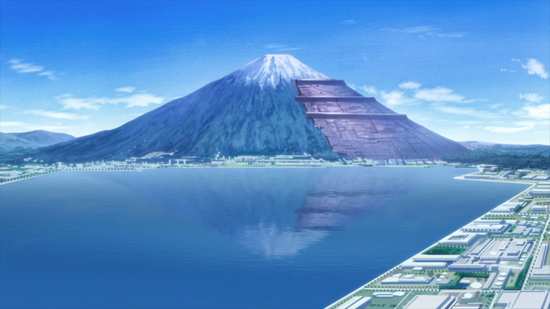 The first two acts cover Euphemia’s ill-fated attempt to broker peace between the Elevens and the Britannian Empire, all of which goes tragically wrong when Lelouch’s Geass unexpectedly levels up. The subsequent fallout from that covers the second act really, as Zero and the Black Knights rise up against the Britannian invaders, all of which leads to the end of the first season of the television series. It’s here that thing all fall apart for the film. The last 40 minutes or so are devoted to a hefty chunk of the second season. It does begin with a bit of original animation filling in some of the narrative between the seasons, explaining how Lelouch was back at the Academy and with no-one apparently remembering the first season, but what follows really is the worst of the compilation movie genre. 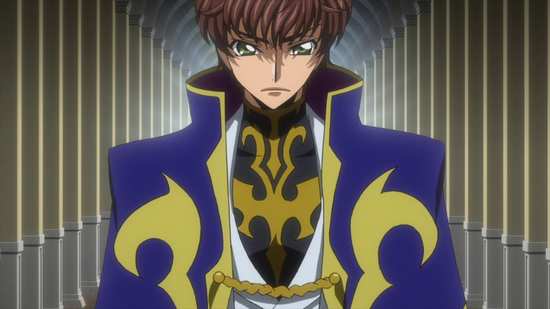 It’s a highlights package. It’s a series of scenes, lacking most of the context, and having no sense of narrative continuity at all. Someone will appear, say something, and then we’ll move on to another scene. If anything, it’s edited like a movie trailer, not a movie at all. Forget plot threads being dropped, essential plot points that explain how you get from A to B are missing. There’s no explanation for how Lelouch regains his memory, or is reunited with CC. It’s just presented as a fait accompli from one scene to the next. 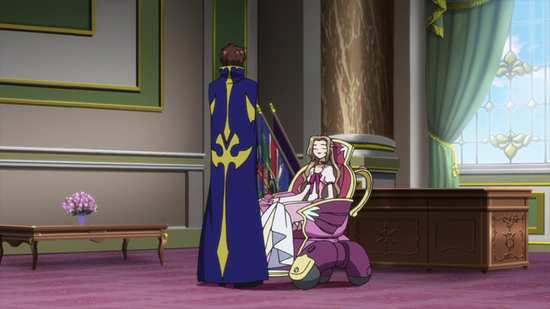 As I’ve already mentioned, Manga Entertainment is releasing a superior version of the television series on Blu-ray this spring, and if you haven’t seen Code Geass before or simply want to watch it again in a better way, that is the one to get. The cynic in me sees this release as one for collectors only, fans of a property who are so devoted to it, that they need to own it all, the DVDs, the Blu-rays, the spin-offs, the magazines, the comics, the novels, the mugs, the T-Shirts and the body pillows. This film is one to keep on the shelf, it’s certainly not rewarding to watch, and most certainly not in the final 40 minutes.