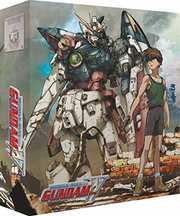 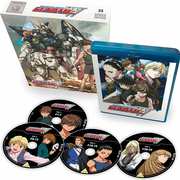 Well this is a turn up for the books. I’m reviewing Gundam again. I think it quickly became clear after giving Gundam 79 and Reconguista in G a go, that giant robot space opera wasn’t my scene, which is why I have been relying on the redoubtable Stuart McLean to do the heavy lifting (in a giant robot, it’s not too hard) when it comes to Gundam. But I simply had to review Gundam Wing. One reason is that it’s from the 1990s, fifteen years after the franchise started. That era of anime is what made me a fan in the first place. It’s when shows like Cowboy Bebop, Evangelion, Escaflowne, and Trigun were made, what many fans would consider definitive anime. The second thing is that Gundam Wing actually stands alone in the franchise. It’s not in the UC continuity; it’s in its own universe and you don’t need to watch anything else to get the story, except maybe the Endless Waltz OVA, which Anime Limited will also be releasing in due course. Third, and for me most importantly, while Gundam Wing was the show to introduce Gundam to Western fans in the nineties, it isn’t really appreciated by Gundam fans now, who eschew it for the Universal Century continuity. I don’t like Gundam. Gundam fans don’t like Gundam Wing. Therefore I should like Gundam Wing. I hope that isn’t a false syllogism... 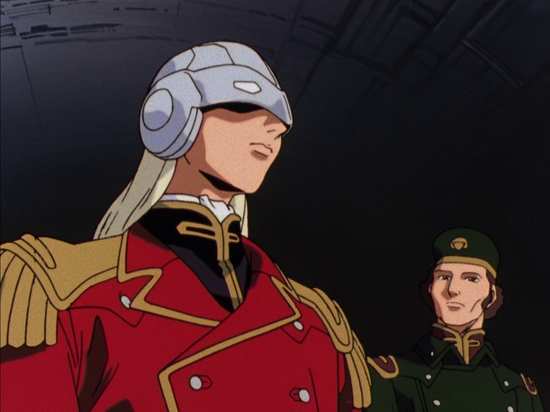 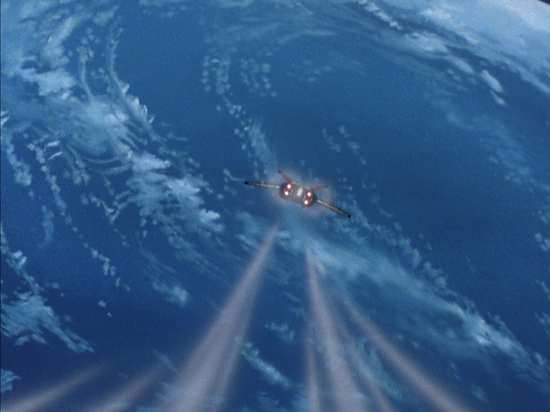 The first 25 episodes of Mobile Suit Gundam Wing are presented across 4 Blu-ray discs from All the Anime. 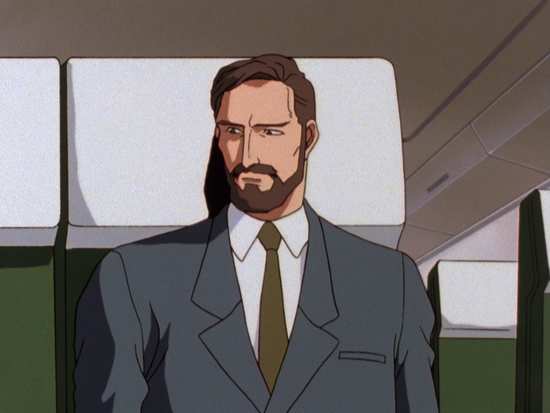 Disc 3
14. The Order to Destroy 01
15. To the Battleground Antarctica
16. The Sorrowful Battle
17. Betrayed By Home, Far Away
18. Tallgeese Destroyed
19. Assault on Barge

Disc 4
20. The Lunar Base Infiltration
21. Grief Stricken Quatre
22. The Fight For Independence
23. Duo, The God of Death Once Again
24. The Gundam They Called Zero
25. Quatre vs. Heero 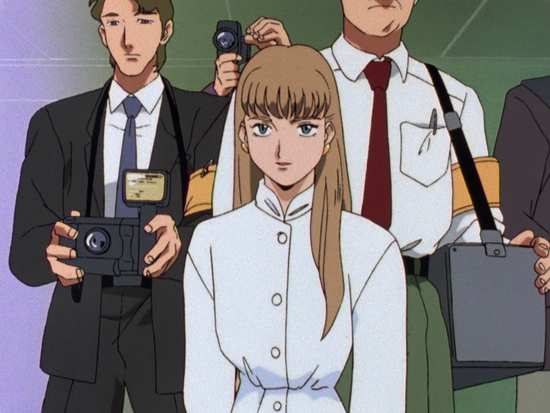 Gundam Wing gets a 4:3 pillarboxed 1080p transfer, reflecting the original broadcast aspect ratio, if not the definition. But with this show from the mid-nineties era, back when anime was still being made with cel and paint, you can bet that it looks a treat on Blu-ray. The image is clear and sharp, colours are rich and consistent, and the animation and artwork comes across with splendid clarity. You can tell that the original film elements have seen some restoration before making their high definition debut, and it all has that authentic nineties feel of hand-drawn animation and the odd imperfection. The character designs hark back to the original series, as do the mecha designs, although maybe a little more complex, but the animation is of the era; there’s a lot less in the way of repeated animation and short cuts. 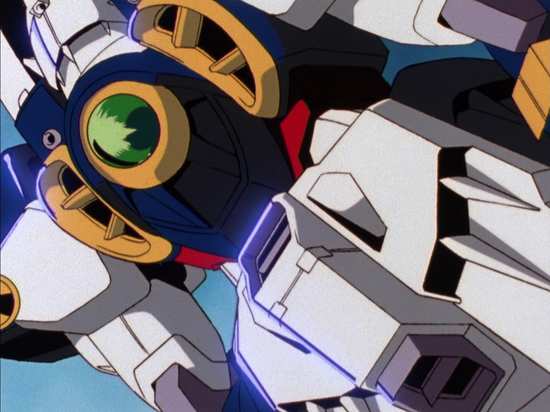 You have the choice between PCM 2.0 Stereo English and Japanese, with optional translated English subtitles and a signs only track. For the duration, I stuck with the Japanese audio, and was happy enough with the presentation. The action came across reasonably well, and other than a wobbly tape moment 4 minutes into episode 8, there were no glitches or dropouts to deal with. The subtitles were timed accurately and free of typos. 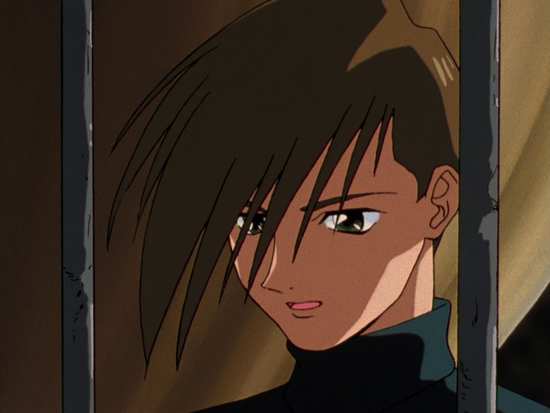 The four discs present their content with static menus, and each episode is followed by translated English credits. Disc 4 has the textless credits, two opening and one closing.

I haven’t seen the physical extras that come with this release to comment. 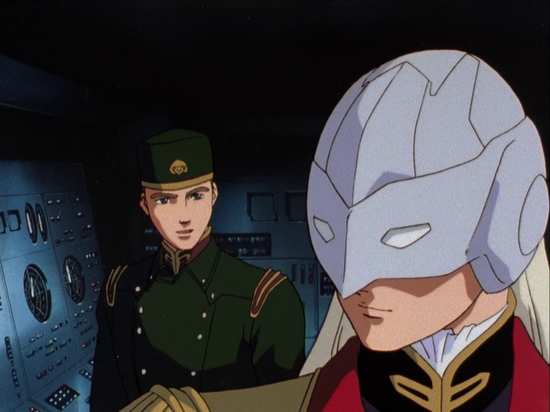 Mobile Suit Gundam Wing debuted in April 1995, and ran till March 1996. In October 1995, a little known, niche show called Neon Genesis Evangelion began, also running until March 1996. Two shows, both about giant robots and angst ridden teenage pilots, but one was just maintaining the status quo, while the other completely reinvented the genre. Having now seen the first half of Gundam Wing, I wish I had a copy of Neon Genesis Evangelion to cleanse the palate. 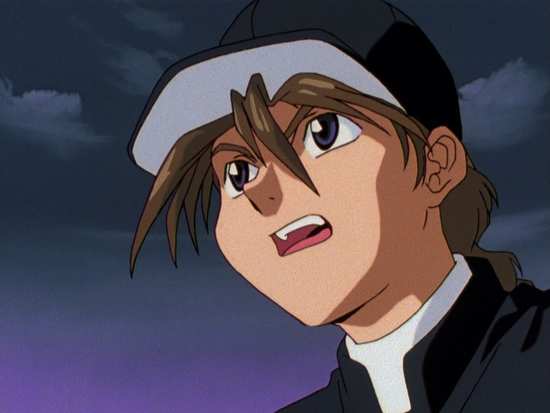 I tried, I really tried to get into Gundam Wing. It should appeal to me to some degree, after all, in terms of music, this is my anime era, the style of animation is what I grew up with, and the pace and tempo of the storytelling is comfortably familiar. But the show itself... I found it much of a muchness with the rest of the Gundam I have encountered, and I express the outsider’s confusion at the thought that fans can have a preference. I can understand why Gundam Wing was made though, as having to invest in a massive continuity, stretching for episodes and episodes might have been daunting in an era where collectors were few, and collections were on VHS. Far better to start anew with similar concepts but in a completely different continuity, especially for fans that just wanted a short, sharp bite-size morsel of Gundam. 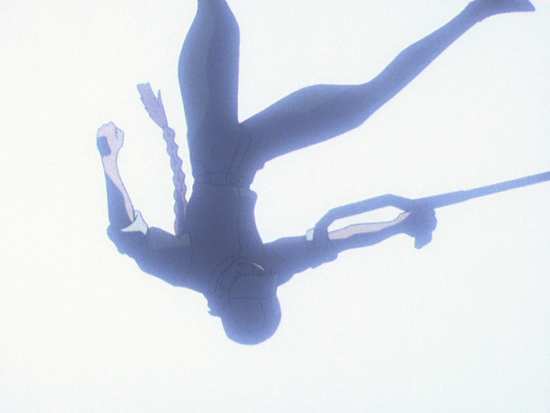 All the elements are there for a ripping yarn. You have two sides, the Earth and the Colonies in space. The Earth Alliance has used its military might to take control of and subjugate the colonies, culminating in the assassination of a popular and charismatic leader. A breaking point is reached, and five powerful robots, Gundams with young pilots motivated by revenge for the most part are sent to Earth, to wreak havoc on the Alliance military in a series of terror attacks. But the truth of the matter is that the nations of Earth are just as subjugated as the colonies, and it’s the OZ faction within the Alliance that has been the driver of its brutality. It takes so long for the Gundam pilots to realise this, that the damage is done when they attack and wipe out the peace-loving faction of the Alliance, allowing OZ to take direct control in a violent coup, and once again turn their attention spacewards to seed discontent in the colonies. And it turns out that it is the wealthy and powerful that are bankrolling OZ. 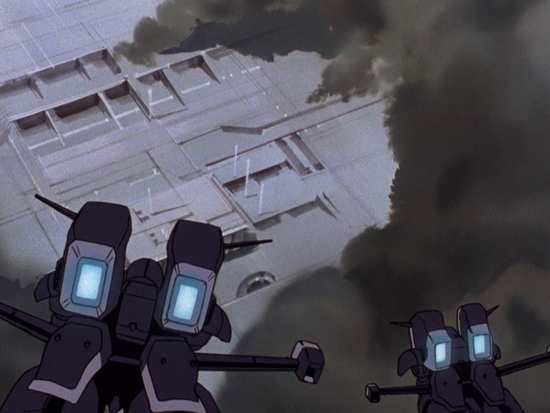 That sounds like the kind of show that I’d watch, the kind of action adventure I’d get obsessed about, but when it comes down to it, Gundam Wing is dumb. It is populated with single note characters that are driven by the plot to such a degree that any suspension of disbelief is very quickly discarded. You have five Gundams sent to Earth to wreak havoc, but the pilots have no knowledge of each other. It’s mere coincidence that they arrived at the same time, and have the same goals, mere coincidence to begin with that the Gundams were built at the same time in different space colonies. We begin by focussing on Heero’s arrival on Earth, during which time he encounters Zechs Merquise, an OZ pilot who in no way resembles Char Aznable. The fact that he and his sister are the last survivors of a royal family on Earth, and have grown up in complete estrangement have nothing in common with Char’s story. 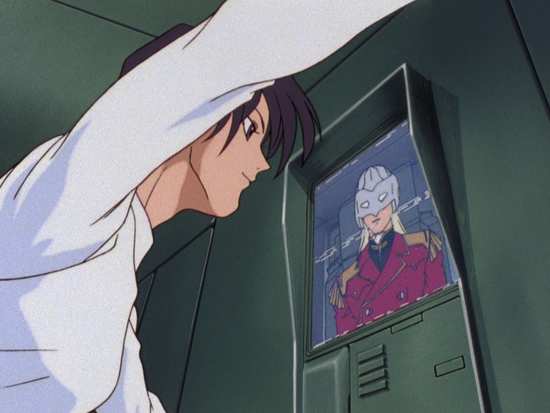 Speaking of his sister, Relena Darlian is the first person on Earth to see Heero Yuy when he crawls onto a beach, having ditched his Gundam in the ocean. He brusquely pushes past her without a word, and hijacks the ambulance that had showed up and drives off. Relena is fascinated. The next time she sees him, he’s infiltrated her school as a transfer student, and the first words he speaks to her are a threat to kill her. Now Relena’s in love, she’s obsessed with the guy. I know good girls fall for the bad boys, it’s a well established cliché, but this is ridiculous. Both Heero and not-Char fight with their own specific death wishes, and the other Gundam pilots when we meet them are just as single faceted. Duo’s peppy and optimistic, Trowa’s all about the mission, Quatre is peaceful and friendly, while Wufei has a guilt trip at all the inferior foes that he battles. 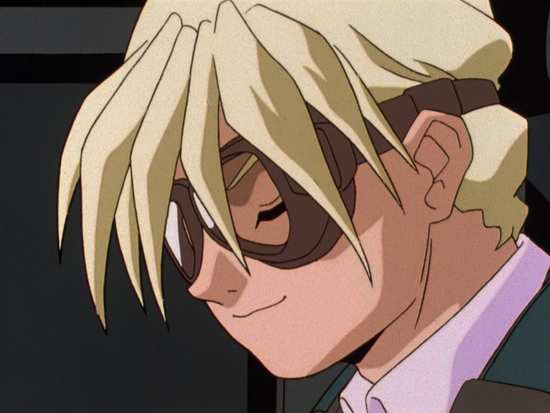 Those battles are so one sided as well, the victor has to win with such overwhelming force that his opponents, however many, are just atomised, except when the story requires otherwise. OZ’s leader is a Machiavellian fellow named Treize, whose principle characteristic is inscrutability, while his right hand person is Lady Une, a murderous psychopath, until part way through the collection when she inexplicably develops split personalities, alternating between the psycho and a pacifist. 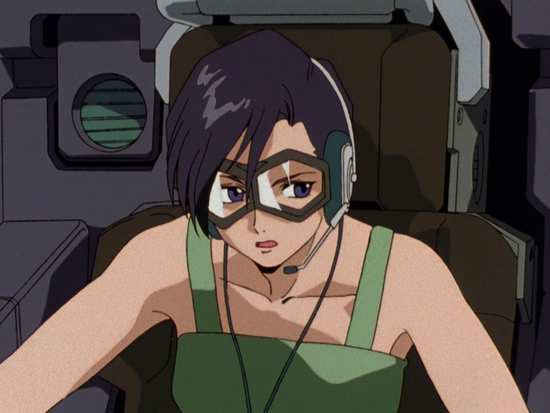 The story thunders inexorably onward, pushing the characters into whatever is demanded of them, regardless of verisimilitude. We meet the five engineers who built the Gundams at one point, when they are captured by OZ, and they’re told to build giant robots for the bad guys instead. They don’t even argue the point, just get to work. Relena’s obsession over Heero drives the first two thirds of this collection, to the point where the Gundam pilots return to the colonies, at which point her existence is completely forgotten. You’d be forgiven for peppering the last eight episodes of this collection with “What about Relena?” Don’t get me started on the characters’ names! 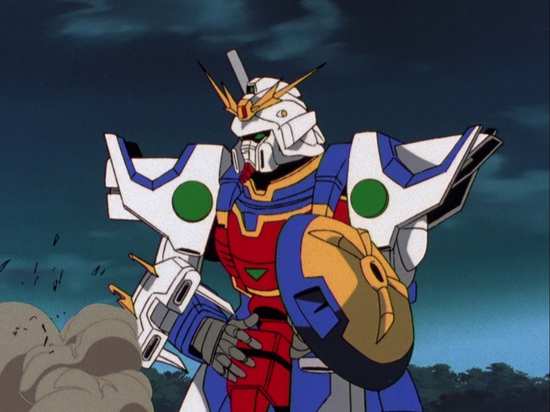 Gundam Wing is nice to see on Blu-ray, the HD transfer really serves this mid-nineties anime well in terms of visuals and audio. If you are a fan of the show, then this is the way to own it. I’m not a fan of the show, and quite frankly, I think at this point, the whole Gundam phenomenon has passed me by.