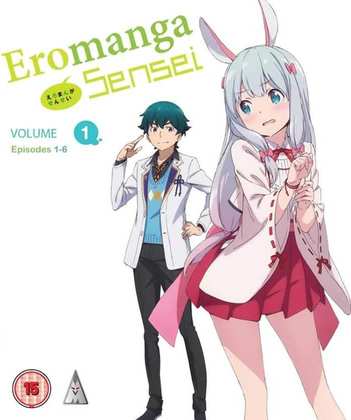 I wasn’t expecting this to be my recommendation of the week; actually I wasn’t expecting to like it at all, but here we are, Eromanga Sensei Part 1 is actually quite good. It’s from the creator of Oreimo, the ultimate Marmite series. I loved Season 1, and loathed Season 2, and I wasn’t expecting much from Eromanga Sensei for all the same reasons. It’s another show about a ‘questionable’ relationship between an older brother and a younger sister. In this case they are step-siblings, and they haven’t seen each other for over a year at the point the series starts. A tragedy that left them alone has seen the brother become a writer to support them both, while the sister became a reclusive shut-in, hiding in her bedroom. But their relationship changes when he discovers that she’s actually the artist behind the erotic images that complement his stories and are published in his books. 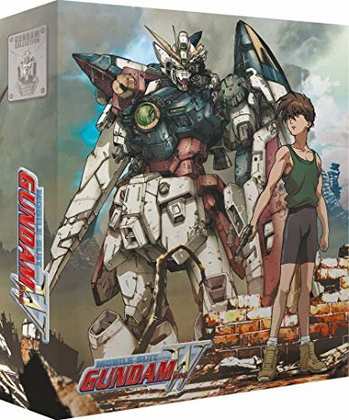 I decided to give Gundam another try, and to give it every chance, I picked the series that I would most likely prefer. So when I put the first disc of Mobile Suit Gundam Wing Part 1 in the player, I knew it was the show that introduced Gundam to the West, a show made in the mid nineties, when most of the anime that I first fell in love with was made, and it would likely have the animation styles, storytelling tropes, and music that I feel most comfortable with. It is still teenagers getting into giant robots and going to war though. Click on the review to see if this Gundam is any Fundam for me. 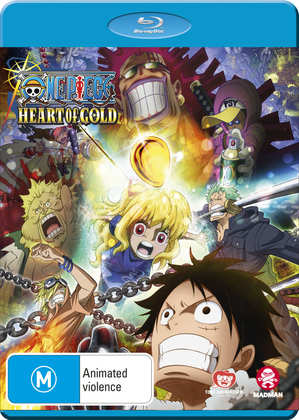 It’s been a while since we’ve had a One Piece review, and indeed, I had to go importing before I could review One Piece: Heart of Gold. We’ve had some of the TV series, and we had quite a few of the movies, but One Piece also has TV specials, feature length stories made for TV broadcast, and while some have been released in the US and Australia, none have yet made it to the UK. Heart of Gold is a companion piece to the Gold feature film spin-off, but if you click on the review, you’ll see the story is a tad predictable and stale. It will briefly stave off your Straw Hat withdrawals if you have them though. 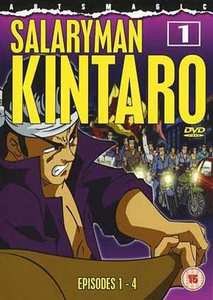 Salaryman Kintaro. Now this is one of the weirdest anime series to get a release in the West, maybe in the world. It’s a soap opera in 20 episodes about an office worker. Kintaro used to be the leader of a bike gang, but he quit to get married. His wife died in childbirth, leaving him to raise his son Ryuta alone and his promise to his dying wife was to become a salaryman, put on the suit, do the commute, and live the 9-5 culture. He gets a job in a construction company office, although his background makes everyone belittle him at first. His sole responsibility is to sharpen pencils. But he’s joined a company in the middle of an internal upheaval, as the President of the company and his cronies, former politicians who used their connections to get into the business, are moving to oust the chairman who started the company. And Kintaro is the manliest, most testosterone marinaded guy to ever wear a suit. He inspires those around him who believe in a hard day’s work, and honest, straight talking dealing, and he puts fear into those sneaky, politicking, back stabbing, double dealing crooks who are in it to make an easy buck. He’s Jojo in a tie. And the melodrama! Boy can this series milk it. The quality of his pencil sharpening is good enough to get him promoted. Catching a fish gets a headline in a newspaper...

Salaryman Kintaro is one of those legendary titles which are so good, only because they are so bad. It has to be seen to be believed. Here’s my review of Part 1. Artsmagic was a speciality company that release a fair bit of Japanese cinema to the West, and they dabbled in a little anime as well. I think Salaryman Kintaro was the only series they ever released though, across five volumes back in 2005. They overproduced however, and a lot of five volume boxsets wound up in The Works one year promising £100 worth of anime for just £5. You might be able to find an odd unopened boxset online even now; otherwise second hand is your best bet.

Eromanga Sensei Part 1 was released on Blu-ray by MVM on September 2nd. Mobile Suit Gundam Wing Part 1 came out on Blu-ray courtesy of All the Anime on August 26th. Madman Entertainment released One Piece Heart of Gold on Blu-ray and DVD in 2017 in Australia.