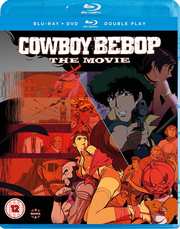 Review for Cowboy Bebop: The Movie 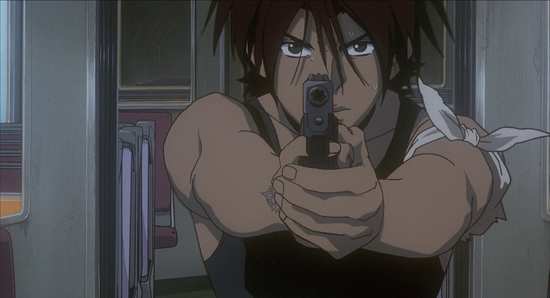 I watched the ‘Cowboy BeBop’ series for the first time about a year ago and thoroughly enjoyed it. What’s not to like? An ultra-cool space bounty hunter and his colleagues on a series of road-trip space adventures, with lots of action, plenty of humour and some pathos and romance sprinkled in for good measure. However, spin-off movies rarely live up to the promise, often trying too hard to be bigger, better and bolder than the original. I’m happy to say that, whilst this is certainly more ‘cinematic’ in scope, that it remains a fun ride regardless. 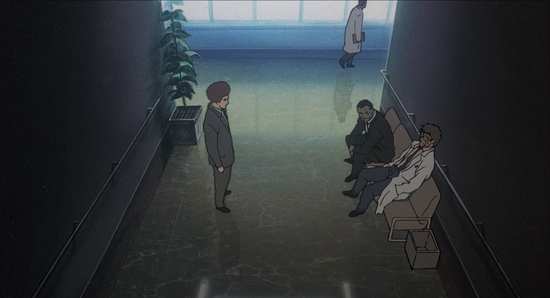 I suspect that it’s not necessary to have seen the series first to enjoy the film. It seems pretty well self-contained and, though one or two subtle nuances of character history may get missed, I don’t think this would spoil your enjoyment of it. That said, given the choice of which to watch first if you have both, I would go for the series first. It’s apparently set between episodes 22 and 23 so if you wanted to be really particular about when to watch it, that may be your moment – but really not necessary.

The film was originally released some 16 years ago but really doesn’t feel dated at all. It has a futuristic, timeless quality about it and is also presented in Widescreen Anamorphic 1.85:1. 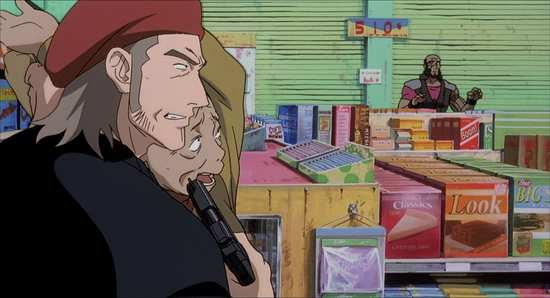 Setting up the film, at least on the Blu-Ray check disc I had, was a bit of a faff. The subtitle and language options only seemed to be available using the remote buttons as opposed to the menu – so you could end up thinking it is presented in Japanese only with no subs. I got so confused that I watched the whole thing in Japanese 5.1 with subs (untypically for me) only to hear from Jitendar, our resident professor of anime, that the 5.1 English dub was first class. Well, I’ll remember that for next time. That said, I don’t think it spoiled my enjoyment in the least. It does kind of make sense of the extra features, featuring the English voice cast though. 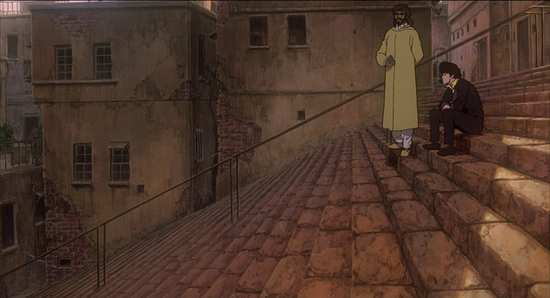 The action is set in 2071 on a now colonised Mars (which could easily be Earth as there are no weird Martian creatures to be seen). Our hero, Spike Spiegel, a cool gun-toting bounty hunter (whose ship is called ‘Bebop’ – hence the title) are fed up with only earning small amounts of cash as bounties and are on the look-out for a bigger bounty. Joined by his core team comprising muscly cyborg Jet Black, fearless and sassy Faye Valentine and tech expert Edward, they soon learn of a major challenge with a huge price tag and decide to give it a go. 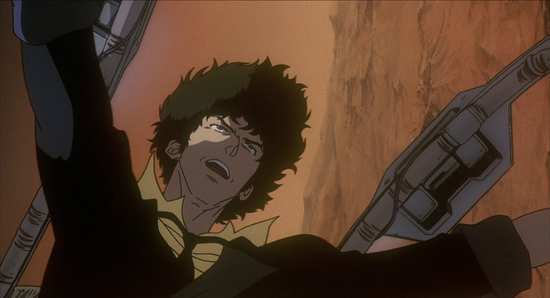 Ex-military officer gone rogue, Vincent, a seemingly unfeeling and very dark villain, is set on destroying all human life on the planet by unleashing deadly, almost invisible nano-machines, so small that they are simply ingested by breathing them in when released. In many respects, he’s a terrorist – and we see him attacking innocents on trams, on motorways and in public places, horribly prescient of some of the horrors faced around the world today. 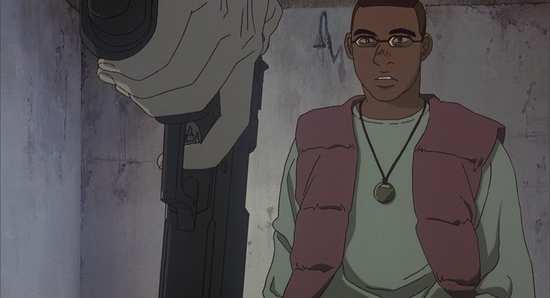 Like all villains, there is a back-story (more later) and it’s to the film’s credit that it never descends into merely ‘goodies’ and ‘baddies’.
As the story unfolds, the apocalyptic scale is what seems ‘bigger’ than the series, but it’s not all just big explosions and giant battles. There are plenty of nice, very human nuances too. Vincent employs the aid of a number of naïve youngsters, one of whom is nerdy computer hacker who’s only goal in life seems to be to complete every level of a favoured video game. 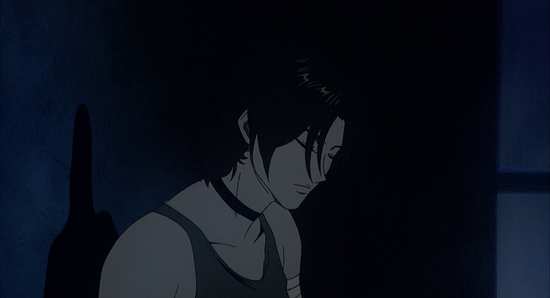 The film opens with a scene establishing Spike’s character as he takes on a group of armed robbers in a store, one of whom takes an old lady hostage. From the very start, we see that stuff like that is all in a day’s work for him.
The relationships between the crew feel somewhat warmer here too with them really pulling together and caring for each other in a way that perhaps doesn’t happen in the shorter episodes. The film has more time to develop character and we even see one scene where Spike, stuck in a prison cell, really bares his soul in a way that never happened in the series.

Vincent, it transpires, hasn’t had a great life and, whilst this doesn’t excuse him trying to destroy mankind, at least makes it a little more understandable. He’s brutally cruel, but somewhere in his dark heart lurks a human after all. 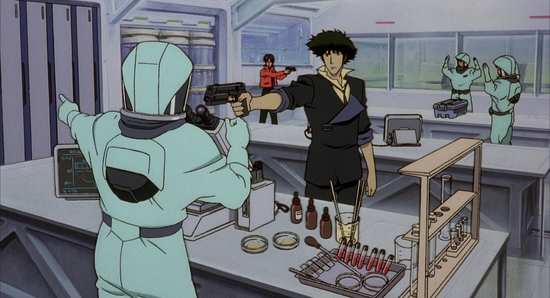 The film rattles along at a great pace and, putting all the usual analysis aside, is just a really great fun watch. The music is excellent too, nudging the edges of Jazz at times (maybe in tribute to ‘Bebop’ in the show’s title) and the whole thing hangs together brilliantly. It’s easy to see why the franchise is such a fan favourite. 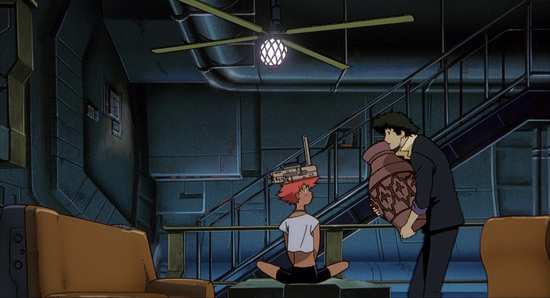 There are a number of extra features which, to be honest, I found a bit tiresome although I did dutifully make my way through them all. The ‘upscaling’ of interviews shot 4:3 in 2001 or thereabouts is well done by simply dropping them into a wider framed 16:9 graphic which is far better than merely stretching them as is so often the case. The interview with director Shinichirō Watanabe and music composer Yoko Kanno are interesting enough, particularly with Kanno who talks about being inspired by music heard on a Greyhound road trip around the US as an 18 year old.
But other interviews, (such as ‘International Appeal – What’s Not to Like?’) with voice artistes and the like, spend far too long self-congratulating on why the series is so great for my liking. Yes – it may be; but let us, the audience say it. Sheesh. Some people. 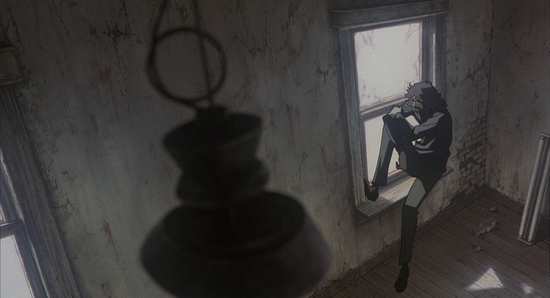 There are interview based character analyses of Spike, Faye, Ed and Jet too – featuring their English voice artistes. Also included are Storyboard Comparisons of four key scenes, conceptual art galleries and a theatrical trailer. 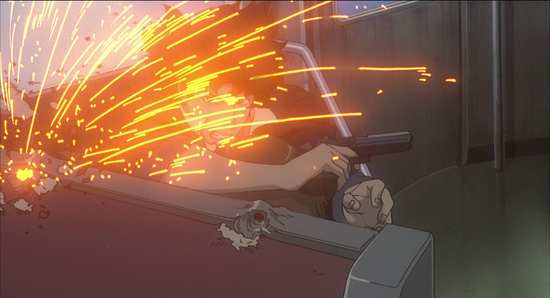 There is no doubt that this 2001 film, based on the 1998 series, is a lot of fun and, despite being ‘bigger and better’, remains faithful to the original run. The Blu-Ray transfer looks great and I’m sure will represent an uplift from the DVD release. If you’re an anime fan, or even just considering dipping your toe into the water, you could do a lot worse than starting with the excellent ‘Cowboy Bebop’ series and feature film. Top stuff.