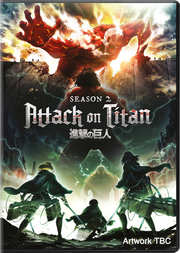 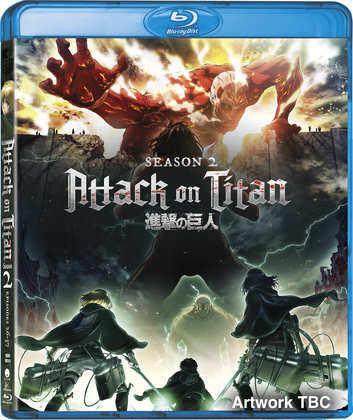 The battle for humanity’s survival continues as the epic anime adventure ATTACK ON TITAN SEASON 2 arrives on DVD, Blu-ray™ and Limited Edition Blu-ray™ on February 26, courtesy of Sony Pictures Home Entertainment. With an all new 12-episode season, the struggles become more personal and the secrets of not only the Titans, but of those around them, will start to unravel.

Based on Hajime Isayama’s New York Times best-selling manga with over 2.5 million copies in print, ATTACK ON TITAN tells the story of humanity’s last remnants, sheltered behind large “walls” in fear of the giant humanoid “Titans” who hunt them. When the wall is breached and Eren Jaeger’s mother is killed, the young man enlists in the Scout Regiment, the military’s front line in their war to reclaim humanity’s home, angrily declaring that he’ll kill all the Titans. 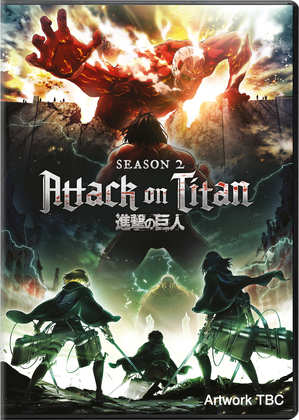 ATTACK ON TITAN SEASON TWO will also be available as a Limited Edition DVD and Blu-ray™ Box Set featuring a wealth of bonus content, including episode commentaries and interviews, the 24-page “Notes From Beyond the Wall: Part III”, plus an exclusive 60-page Art Book, featuring concept art and behind-the-scenes content.

Synopsis:
Eren Jaeger’s battle against the Titans rages on! After fighting the female Titan, he has no time to rest as a horde approaches Wall Rose. With his ferocious abilities and a new plan, Eren and his friends set out to face the Titans head-on. But as they prepare for war, they begin to unearth terrifying secrets. What are the Titans really, and where do they get their power? As they begin investigating the danger hidden within the walls, a colossal reveal shakes them to the core! More Titan shifters are identified, and worse yet, a new Abnormal appears – the horrifying Beast Titan! Does humanity stand a chance at survival with no one to trust and a new evil on the horizon?

ATTACK ON TITAN SEASON TWO contains twelve episodes with an approximate run time of 25 minutes each and is not yet rated.