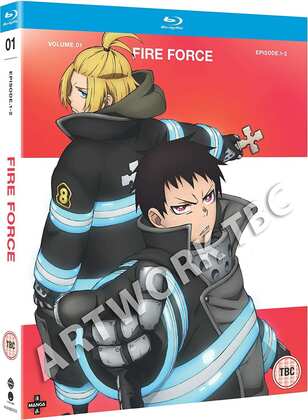 It’s been a while, but last week was a full week of anime reviews. First up was Fire Force Season One Part One. It’s a high concept, well-budgeted shonen action show, which I briefly thought was a bit of a rip-off of Soul Eater, until I shamefacedly realised that it’s created by the same person. Fire Force presents a fascinating alternate world where fire plays a wholly more supernatural role in society. When people spontaneously combust, they turn into Infernals, destructive demons. The only people that can deal with them are pyrokinetics, people able to manipulate and in some cases create fire. The show follows one such pyrokinetic, the newest recruit into the Fire Force. It’s certainly a visually arresting show. Click on the review to read more. 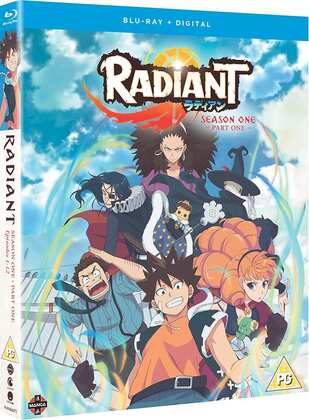 There was yet more shonen up next, although not quite as high concept or radically budgeted. Radiant Season One Part One, wants to be another Naruto or One Piece, but in reality is playing in the lower, Black Clover and Twin Star Exorcists league. What makes it stand out is that this is a rare, if not unique anime that is based on a French manga. There certainly is a more European tinge to its tale of a magical world, where mankind is plagued by strange creatures called the Nemesis, and those survivors that are tainted by the Nemesis become sorcerers, alone able to fight the Nemesis. And no, I didn’t just cut and paste the premise from Fire Force. The show follows an orphan with a special ability as he seeks his destiny. 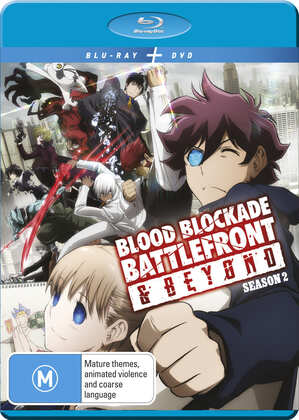 I was faced with a curious dilemma next with Blood Blockade Battlefront and Beyond. This sequel to the first season, Blood Blockade Battlefront hasn’t been released in the UK; you have to import. My problem was that this series full of delightfully rich characters, imaginative stories, dense with ideas and fantastic concepts, actually felt a little tedious. The only thing that I can draw from this, is that it’s not a show to binge-watch late at night. This tale of a city where the human and the demon world collide is one to watch at leisure, when you can devote your full, waking attention to it. 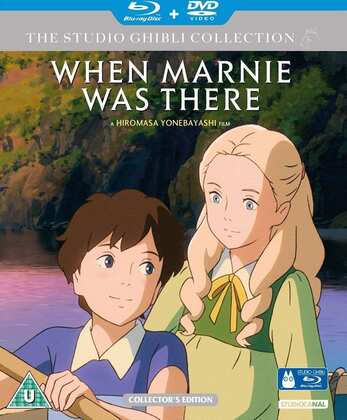 It’s my second time reviewing When Marnie Was There, which I double-dipped to Blu-ray. That turned into an adventure in and of itself, but Studio Ghibli’s final film (to date; who knows when Miyazaki will complete his next, final film) is a wonderful version of a modern day fairy tale. A young girl named Anne, with issues of withdrawal and isolation from others, is sent to the coast for the relaxing, and purifying sea air. There she encounters an ethereal girl named Marnie, who lives in a grand house across a marsh. It’s a simple story, but wonderfully moving, and accomplished with typical Ghibli panache. 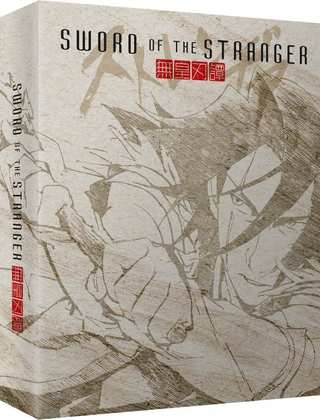 Sword of the Stranger. Or at least I tried to watch it. It’s another simple story, taking a leaf from the Spaghetti Westerns, which in turn were inspired by the samurai films of old. A young boy and his dog are being hunted by Chinese soldiers. He encounters a nameless samurai in his hideout, and hires him as a bodyguard. That’s all you need to hang a tale off, great characters, exquisite animation, and the best action sequences ever animated (probably). It’s a film that has to be seen to be believed.

I have the film on one of the first anime Blu-rays released in the UK, from the old Bandai affiliate Beez. I loved it the first time I watched it, and had no problems. I put the disc in my home cinema this time, looking forward to the same, only my home cinema refused to play the disc. It did work in another player though... until 20 minutes from the end, when the disc froze, hung for around three minutes, then skipped to the end credits. Tried it in another player, same result. Tried it in my BD drive on the laptop; another freeze. The next thing I did was place an order for a new disc; then I repaired to my laptop, and watched the end of the film online. One of the most disappointing things about anime (although useful for me in this case), is that piracy is so prevalent. If you want to watch an anime, it’s bound to be on some illicit online stream, and most likely on Youtube. I think the studios and distros have just got tired of playing whackamole. But, the last twenty minutes of the film are the whole point of the set-up, the best bit of the movie, and denying myself at that point would have been cruel. And I get to watch it all again when the new disc arrives. I would have linked to my review of the 2010 Beez disc at this point, but if the lack of QC happened to me, it could happen to you. Instead, I’ll link to Stuart McLean’s review of the 2018 Collector’s Edition re-release from All the Anime, the standard edition of which I am now waiting for.