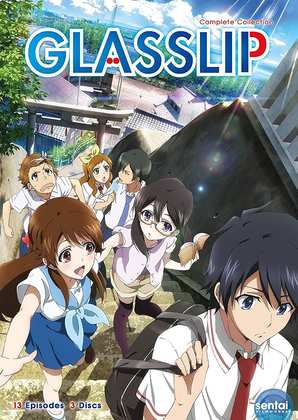 I’ve had brighter weeks when it comes to anime reviews. Certainly the first show that I reviewed last week, Glasslip offered more disappointment than I expected. After all, it’s from the studio behind the brilliant Hanasaku Iroha, A Lull in the Sea, and The Eccentric Family, and it plays to their strengths, a slice-of-life comedy drama. Yet Glasslip is a show where the ingredients might have been right, but the anime soufflé failed to rise. A group of young teenagers in a quiet seaside town are at that pivotal age in their lives where the future beckons, and friendships threaten to turn into relationships. But when a new boy arrives in town, and establishes a mystical connection with a girl from the group, things get complicated. Actually things get quite dull. These shows are meant to light and ephemeral but I guess it’s possible to be too ephemeral. Click on the review to read more. 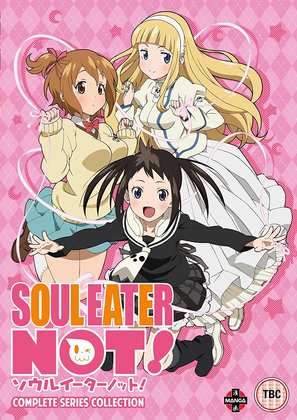 Thankfully there was Soul Eater NOT! This spin off show takes the shonen action universe of Soul Eater, and turns it into a cute girls doing cute things show, as three new students at the DWMA wind up as roommates, have a lot of fun, become close friends, and have the occasional adventure. It’s easy to dismiss Soul Eater NOT! as just a disposable bit of fluff, but for one thing it nails its genre just right, it unfolds a pretty good story for the Soul Eater fans even with the genre shift, and it has some entertaining cameos, filling in some of the Soul Eater back story along the way. 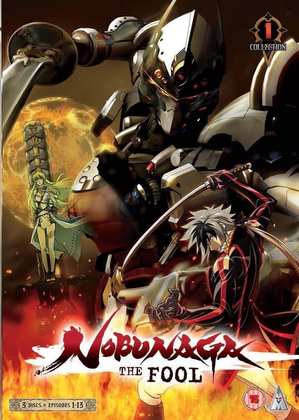 The high point didn’t last long, as I turned my attention to Nobunaga the Fool Part 1. This one’s a bit of a pain to describe; set in a fantasy future where the world is split in two, and where historical figures have been reincarnated to relive their past lives in a world where battles are fought with giant robots. On one world, the Warring States period is being refought; on the other, King Arthur has unified his world, although the knights at his Round Table are from all over history. And Joan of Arc and Leonardo da Vinci head to the other world to find Nobunaga Oda, the Savior King that prophecy says will save both worlds. I found it to be one of those anime that are seemingly assembled by committee, ticking boxes off a checklist, with a seriously annoying title character. But your mileage may vary. 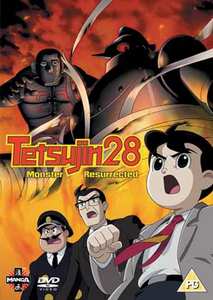 Tetsujin 28. It happens on occasion that some anime don’t make it to completion in the UK. Poor sales mean that a distributor has to cut their losses and drop a show part way through, and fans will complain to the hills when this happens, when they are unable to finish their shows without importing and having to live with mis-matching spines. It’s telling then, that when Manga Entertainment cancelled the Tetsujin 28 TV series just two volumes in, out of six, not a lot of complaints were heard. It’s a tale about a boy and his robot, a 10 year detective named Shotaro who inherits a giant robot with which he goes around defeating villainy. The thing is that Tetsujin 28 is an old story, a remake of a vintage anime, and while the widescreen animation may have had the 21st Century polish, the character designs and more importantly the storytelling style remained stuck firmly in the nineteen sixties. This show was less quaint than it was musty.

Tetsujin 28 is good for one viewing, as my initial reviews indicate. Here’s the review for volume 1. But when it comes to re-watching it, it gets tiresome pretty quickly. As you would expect from a show dropped halfway through, you can still buy Manga Entertainment’s truncated 2 volumes as new, even today, as well as the superior live action film which Manga also released. In the US, Geneon released the series, and you’ll have to go hunting for the volumes second hand, or if you’re lucky, the complete series collection.

Glasslip was released in the US on Blu-ray and DVD by Sentai Filmworks back in 2015. Manga Entertainment released Soul Eater NOT! on DVD only last Monday, while Nobunaga the Fool Part 1 comes out on DVD and Blu-ray today, courtesy of MVM.