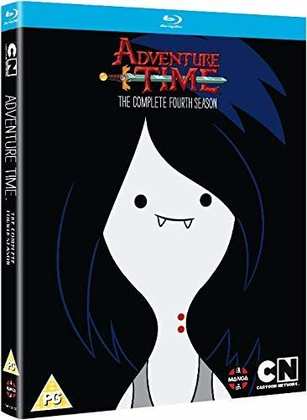 The first Anime Review Roundup of 2020 and we have a full house of animation to look at, beginning with Adventure Time Season 4. I’ve mentioned before how as a consumer, these multi-season collections can be so appealing, yet are hard to review, simply through sheer volume of content and repetition. I reach Season 4 out of 5 of Adventure Time and it’s beginning to feel samey. Given that it’s a fun show with an appealing post-apocalyptic fairy tale world, and engaging and varied characters, that isn’t necessarily a bad thing, but it makes reviewing things a little harder. Expect a gap between this and the Season 5 review. 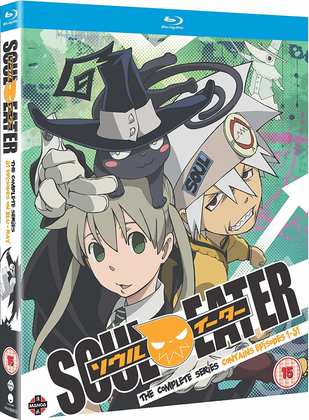 Speaking of big collections, Stuart McLean took a look at Soul Eater the Complete Series next, which after an aborted attempt a few years ago, has finally made it to the UK in Blu-ray form. I love this show, which is a long running shonen manga in the vein of Naruto and Bleach, but which transcends those titles in anime form as it has a truncated 51 episode run, production from studio Bones, and production values that do its quirky worldview and stylish artwork and character designs full justice. If Gorillaz did anime, it would be Soul Eater. Don’t forget the Soul Eater NOT spin-off if you love this show. 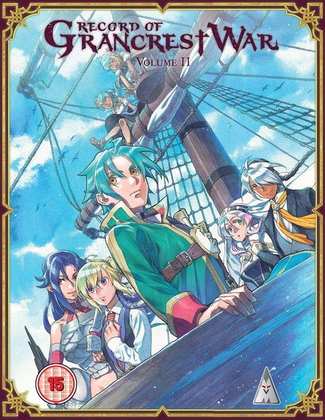 The last review of the week was for Record of Grancrest War Part 2. It’s been pitched as an anime Game of Thrones, and there is plenty of intrigue and warfare to be had in this fantasy adventure show. I found it to be quite watchable, but it’s more of a saga than anything too emotionally involving. Click on the review to read more about just why that is, and why the horses in this show make me laugh!

Baka and Test Season 1. Once you get into the anime mindset, most shows’ premises make some kind of logical sense, if you get past the usual tropes and fan service. But once in a while you get a series that makes you wonder just what the creators were smoking. Baka and Test is one such example, a show about a high school where academic results are all that matter. The students get ranked according to their academic achievements. The smartest kids get luxury classrooms, while the idiots get an educational hovel to inspire them to improve. So far so weird, but then Baka and Test throws in the classroom battles. The way to work your way up the academic ladder is to challenge a higher class to a battle, at which point a virtual reality field activates, in which students can activate hologrammatic avatars that do battle using the academic points stored up from previous tests and exams. As they fight, these points are reduced with each hit. Reaching zero points means losing, and remedial classes. How can you even come up with an idea like that?

What this bizarreness means in practice is that Baka and Test is a pretty entertaining, fast paced comedy, with great characters and a whole lot of typical fan servicey diversions. Manga Entertainment released it in the UK on DVD in 2012 and it is still available and affordable today, as is its second season. Here’s my review of Season 1. The only thing that is missing in the UK is the OVA. Incidentally, Baka and Test was accidentally released on Blu-ray in the US by Funimation. They apparently only had the rights for the DVD version, and those Region A discs are rarer than hens teeth. All subsequent re-releases have been DVD only in the US.