What’s probably the biggest anime convention outside of Japan has been taking place this weekend in Los Angeles, and while not always immediately relevant to us in the UK, decisions announced this weekend will inevitably work their way around the world to the UK in the next 6 to 18 months or so. It’s therefore worth keeping an eye on the announcements. Skimming the cream off the top, I noticed...

One item that will have immediate relevancy is Crunchyroll’s announcement that they will be streaming some 50 new titles this summer. By past performance, at least half of those will be accessible from the UK, and they’ve already started with their tranche of announcements. Notable new titles thus far include Free! Eternal Summer, Glasslip, Sword Art Online II, and Akame ga Kill

Funimation announced more Psycho Pass, in the form of an extended edition of the first series, the second series, and the movie, Blu-rays for A Certain Scientific Railgun and A Certain Magical Index, two shows that fans have been clamouring for in the UK for years, and the new Black Butler. Aniplex have Valvrave the Liberator lined up for Blu-ray, and a release for the new Fate/Stay Night series. Sentai have apparently licensed everything in the universe again, but of more interest is the revelation that they will be going back and giving select titles the Special Edition treatment, such as High School of the Dead, Love, Chuunibyo & Other Delusions!, and Beyond the Boundary. Meanwhile Viz were all about Sailor Moon, with the vintage series’ new dub debuted, and the dub cast announced for the new Sailor Moon Crystal series.

You can fill in the info gaps with all the detail at Anime News Network. 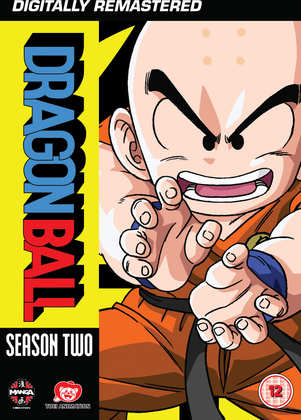 Two reviews for you last week, beginning with another hit of Dragon Ball goodness. And it really is good stuff for someone who grew jaded as the Dragon Ball Z sequel progressed, and then totally lost the plot when Dragon Ball GT arrived. The original Dragon Ball has for me a much more appealing mix of action and slapstick gags. Dragon Ball: Season 2 sees the Red Ribbon Army sagas commence, with everyone hunting for the Dragon Balls once more, and with a ruthless army looking for world domination. And there’s still time enough for a Dr Slump crossover, and Muten Roshi gets to be a shrinking pervert. It’s all good stuff. 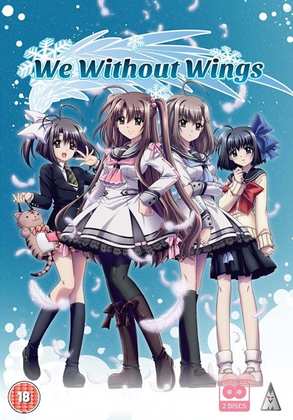 Perverts are welcome for the second of this week’s reviews, the We Without Wings Collection, another of this summer’s quota of fan service shows. Expect boobies, panties, and awkward situations galore. There’s even a little sexual content that warrants the show’s 18 rating. You might have tired of this stuff by now, but We Without Wings ups the ante by having an interesting story. Of course now the question is, does the fan service get in the way of the story, or does the story get in the way of the fan service. The only answer is, yes it does. But the show’s still worthy of consideration. Read the review for more.