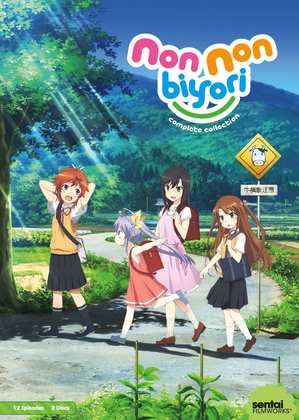 That quiet period, about six weeks worth between Christmas and that moment in early Spring when the UK anime distributors get back into gear is a bit of a godsend for me, the only time I can take a pick-axe and carve a decent sized chunk out of my personal backlog. This week, all three anime reviews come from my collection, shows that have in one case been languishing over a year before being watched. Non Non Biyori isn’t that show, a recent DVD purchase that I just couldn’t wait for. It is after all one of the best slice-of-life shows out there, telling the tale of four friends growing up in an isolated rural community. Adorable characters getting up to adorable antics, I could have Non Non Biyori on a loop, a direct injection of feel-good. Click on the review to read more. 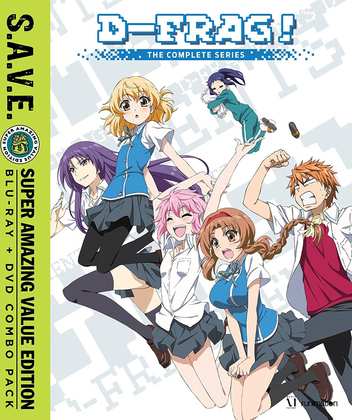 From slice of life to out and out wacky screwball comedy, as I turned my attention to D-Frag, a tale about the only male delinquent press-ganged into an all female game-creation club. The club doesn’t do too much game creating though, and indeed the story hinges on the club’s efforts to stay viable in a school environment that keeps throwing challenges its way, from a rival club to the student council. It’s a show that thrives on the bizarre cast of characters, and the daft comedy routines, but in terms of narrative, D-Frag has more than a few problems. 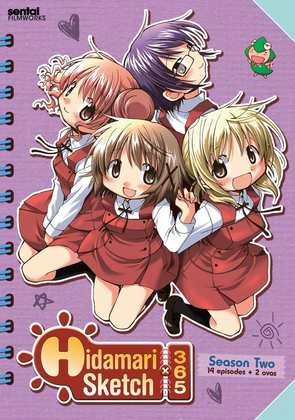 And back to slice of life, as I took a look at Hidamari Sketch x 365. This is the second Hidamari Sketch series, and after waiting more than a few years for the first season to get a UK follow up, I gave up and imported all of the rest. This is light, fluffy feel-good on a totally different tangent to Non Non Biyori, exemplified in its art style from Studio Shaft. This time the ‘four friends living their everyday, trivial lives’ show is set in an art school, and there’s plenty to appreciate here. 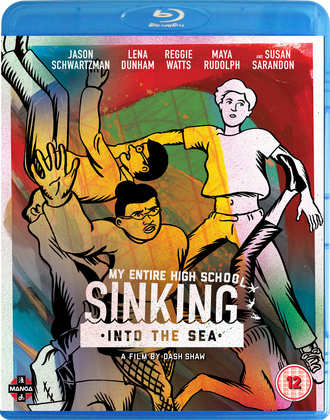 I did review a new release last week, and it was an animation to boot, released by one of the UK’s premier anime distributors. But My Entire High School Sinking Into The Sea is not an anime. It’s a US animation that comes from the fertile mind of comic book and graphic novel creator Dash Shaw, a high school disaster movie animated in vertiginous style. An effective comic satire, this is an animation you have to see simply for how different it is, but there are pop culture references and little winks to the audience that help keep the film grounded... or rather keep it sinking. 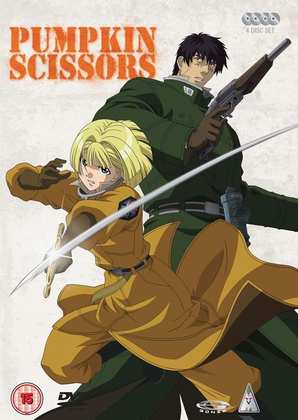 Pumpkin Scissors. This show took its sweet time getting to the UK, following an abortive release from ADV, before they went under. It was already over five years old when it finally saw a UK release, and it’s over ten years old at this point, quite ripe for a re-evaluation. Alas the re-evaluation delivers the same results. It’s an interesting premise, following a military unit tasked with helping rebuild the country following a devastating war, and in the process uncovering an ominous conspiracy, of which their newest recruit is an unwitting part. The characters are strong too. The only downside is that this 24 episode series feels like a prologue to a much larger story, one that never was animated.

MVM released Pumpkin Scissors as a complete series collection on DVD back in 2013, and it is still available to buy now. Here’s my review of that collection, although this re-watch has mellowed me a little towards it. It’s one of those shows that you appreciate for its promise, if not its execution.

Sentai Filmworks released Non Non Biyori on DVD and on Blu-ray back in 2015. They also released Hidamari Sketch x 365 on DVD in 2010, and subsequently on Blu-ray in 2014. Funimation re-released D-Frag on their S.A.V.E. budget label as a BD/DVD combo in 2017. Manga Entertainment will release My Entire High School Sinking Into The Sea on Blu-ray and on DVD on February 5th.