Article
Beware of the Copyright Police

Article
If The Shoe Fits... The Odd World of Internet Sources

Article
The Internet is Wrong - Volume 3

Ah yes, some might think that the ZX Spectrum +2 or +3 where the pinnacle of the Sinclair computers, even though they were made by Amstrad. But no, the best ZX Spectrum ever made was the Spectrum+ 128k, lovingly known by fans as the "Toastrack" due to the heat-sink. It didn't have the best keyboard, the +2/+3 had those, neither did it have a built in (world's cheapest and nastiest) cassette tape or disk drive. But what it did have, was more compatibility with peripherals and software.

You see, back when I was a kid, before I got a +3, I always wanted a Microdrive but they were too expensive. Looking back, it's just as well I never got one, they were unreliable and limited in capacity to about 90K. Actually, they started out in the 85K region and as the tape stretched would fit more data on them each time they got reformatted.

Of course, then was then and now is now, and now I have an Interface 1 and two Microdrives, plus a load of carts to go with them. The thing is, the Microdrive was such a pricey unreliable disaster for Sinclair, they died out rather quickly, along with the Sinclair QL that also used them. Yeah, I have one of those too, but I digress.

So because not many people released any software on a Microdrive, and one cart couldn't even hold the memory of a 128K Spectrum, when Amstrad redesigned the machine with the grey +2, they made it completely incompatible with the Interface 1 and a lot of other stuff as well.

If you want to experience the Speccy before it got all modern, then the toastrack connected to a monitor and a couple of Microdrives is the way to go. There is a nice utility called SnapToTap by Arda which will convert 48K snapshots from an emulator into something you can copy to and then load from a Microdrive, but nothing for 128k software just yet. I say just yet, I intend to write something but it's all got a bit complicated and will eventually involve custom cart formats so it may take me a few months to get it all done.

Now I also have a Commodore 1084S monitor, well two actually but let's not get into that. So I ordered a cable off Ebay from a good seller that I've had cables from before, to connect my 128k/+2/+3s to it. The cable worked great, well once I removed an extra resistor off of it anyway.

But what wasn't so great was my 128k, it needed some helping hands to get it into tip top shape. Age has not been the enemy in this case, bad design on the part of Sinclair was. As shipped, this unit has a number of problems, one of which may have been fixed in a later revision, one that was definitely fixed on the +2/+3 units, and one that was never fixed.

Firstly, those who love the Speccy will know that it offered a selection of 8 colours, in two different brightnesses. So you effectively got a 16 colour machine, even if half of them weren't quite so distinct. Nothing shows them more obviously than the built in test pattern you can see by resetting the machine with the Break key held down. 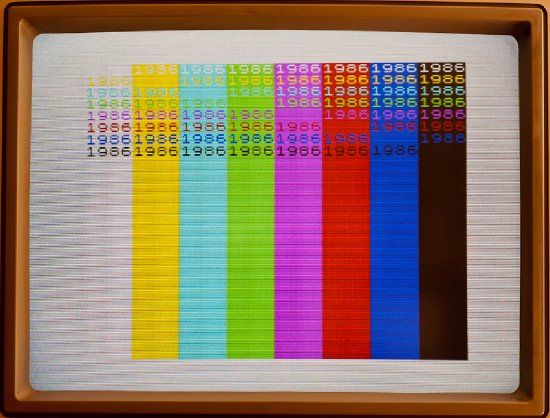 Only, on the monitor output, the brightness level is carried on a different pin, not combined as it should have been with each of the R, G, B signals. So first job is to take the computer apart, a lot easier in those days than now, and cut a few tracks and rewire things so the brightness signal is correctly added to each colour line. This is pretty easy to do, and just takes some simple soldering of wires, diodes and resistors.

This document covers all you need to know, and a lot more besides. I found things where just perfect with just one diode and 150ohm resistor between the bright line and each of the signal lines. No need to add an additional 150ohm resistor onto the signal line after that, in fact doing so made things darker! Obviously if you are doing this to another monitor other than the 1084S, or to a SCART socket then you might want to add that bit back in. 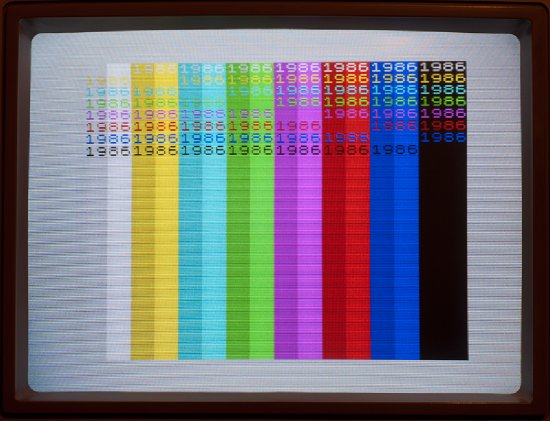 So, brightness output all nicely fixed, the next thing I had to do was route audio to what used to be the Bright pin of the RGB socket. This is because the +2/+3 and cable I bought off ebay expect audio on this pin, and I'd already cut it anyway, so I just needed to route the audio signal from the Mic socket through to this. One wire for that, job done.

That's two out of three things fixed, and the third was possibly the most time consuming, simply because it took me ages to get hold of the info I needed on the 128k ULA pin outs, and trace everything around the motherboard. You see Sinclair made a design error with the audio on at the very least the early toastracks. The 48k beeper was a heck of a lot louder than the new AY sound chip, so any game that used both audio devices (and many did) didn't sound good at all.

Take Robocop, which was typical of the day, it used the beeper for gun effects, and the AY chip for music. On my toastrack, you could barely hear the music. Then there is the wonderful Tim Follin classic Agent X II theme tune, which used the beeper to simulate a multi-channel synthesiser, and the AY chip for drums. On mine, you could barely hear the drums. :( 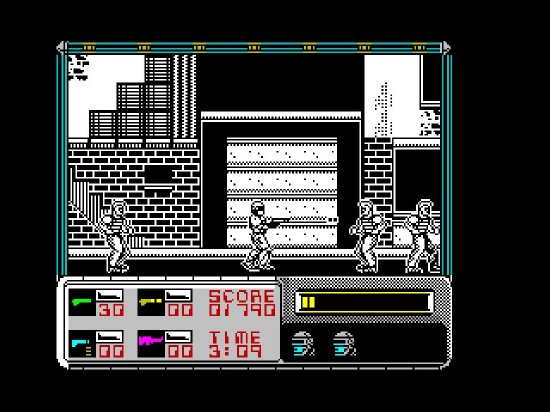 So anyway, after spending ages tracing the pins of the AY chip, which outputs each channel on a different pin (useful if you want to reroute the output and make it stereo, which people have), and then following where the beeper output goes from the ULA (which is hilariously directly connected to the input, which is why you can hear games loading), I managed to work out how things were connected and that there was a resistor (R115 to the left of the ULA if you want to follow along at home) which drops down the level of the combined AY output.

I played with various values whilst running a short basic program that beeped alternately on the beeper and AY, yes that got irritating after a few minutes. Anyway in the end no resistor at all on R115 seemed to be pretty close, although putting a dB meter app on my iPhone still showed the AY as fractionally quieter.

(A quick thanks to gasman on the World of Spectrum forums for correcting me on the AY output also being a square wave!)

Anyways, if you have the same problem, just replace R115 with a bit of wire, it's more than close enough!

So, all of that modified, and I now have the best Spectrum ever! Well, unless you start adding modern technology like an IDE interface (yes they exist) but that just takes things too far away from that era for my liking. I want to play classic Speccy games on original hardware as nature, or at least Sinclair, intended.

Oh, I probably forgot to mention I bought a little mono 9V amplifier off ebay, for loading games more reliably. Other than that, nothing I've done to this kit couldn't have been done easily enough back in the day, so doing all of this doesn't feel remotely dirty.

I also may have converted my +2 to take an external tape input, but due to cheap design by Amstrad, it will only work if you disconnect the internal tape drive. So I need to sort out some relay powered off the motor to only connect that when it's running. A project for another day. ;)

Do you not get anything at all with the two combinations of buttons on the back?

It looks to me from the docs that you need to be in analogue mode, not digital, so it's using composite sync instead of the horizontal/vertical sync that the Speccy isn't outputting.
posted by RJS on 1/9/2016 07:51
Thanks Robee for the tip. I should try more with analog rgb mode.
When I tried analog rgb i was gettig some image tilting vertically, possibly an issue with the v-synch off the composite signal, I dont know.
My speccy is now out for repair, I'll let you know if I find a solution.
posted by ashone on 2/9/2016 11:15
Please do!