Let's keep it short and sweet this week shall we…

First, the winners of the recent Witchblade competition. As more than 99% of entrants knew (and I really thought I had a headscratcher of a question this time), the actress who played the role in the live action version was Yancy Butler. Congratulations and Witchblade boxsets are due to…

Colin Jones of Durham and
ChiHo Hui of London

Thanks to all those who entered, and keep an eye out for future competitions on this site. 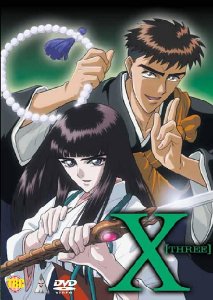 I had just two anime reviews to offer you last week. I've been partaking of a wind-down zone following a couple of review heavy weeks, and haven't been addicted to online poker at all, not in the slightest. First up was my review for X: The Series - Volume 3. MVM are practically racing through this at a volume a month, and the pace is relentless when it's the forthcoming apocalypse that you're reviewing. The Dragons of Heaven face the Dragons of Earth to decide just in whose hands the world's destiny rests. It all boils down to a choice to be made by one man, Kamui Shiro, but as we learn in this volume, he has a counterpart that will balance his actions and make choosing the fate of the world into a war. It gets really exciting here, so MVM choose to take a month's break before volume 4. Read more by clicking the link. 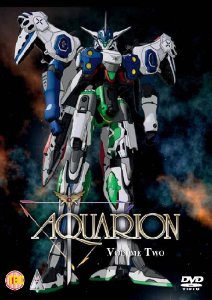 Next up was Aquarion: Volume 2. It's everything I hate about anime, mecha a.k.a. giant hulking robots, piloted by whiny teens, going into battle against alien menaces, and defeating them through sheer strength of will. It's a clichéd and well-worn genre that has been done to death, yet for some reason, people keep thinking that the world needs just one more mecha show. Then along comes Aquarion and I like it. No, I can't figure out my brain either sometimes, but maybe there's a clue as to why in my review. 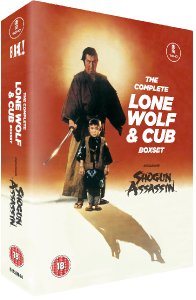 It's not anime, but I simply just had to post a link to Curtis Owen's review of the Lone Wolf and Cub boxset. Everyone should partake of this genius review.

MVM release both Aquarion: Volume 2 and X: The Series - Volume 3 on the 7th of December. Eureka has already released the Lone Wolf and Cub Collection.