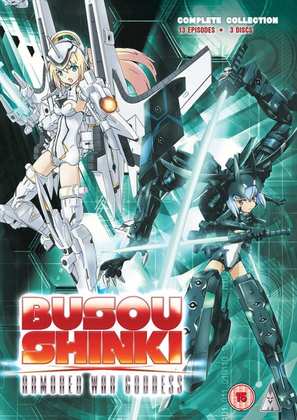 I’m sure that we’ll get some more anime released in the UK that will appeal to me, and make me sit up and take notice. I mean I’m pretty sure. Until then the flow of mediocrity continues, although at least I found Busou Shinki to be entertaining. It’s another take on the Mini-Goddess idea, a show following the adventures of miniaturised females in a world of giants. These aren’t goddesses though, the Busou Shinki are tiny little transforming battle robots that are also cute little plastic girls. The story is mostly innocent enough, but you have to scratch your head at the fan service. And for a show subtitled Armored War Goddess, there’s not a lot of war or action. 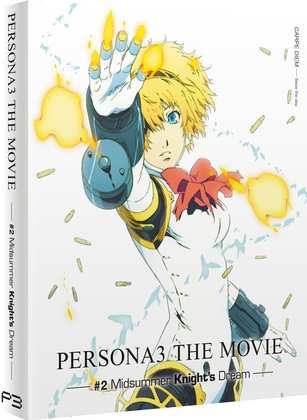 I haven’t been a gamer in a long, long time, which makes it no surprise that I am not a fan of Persona, the videogame franchise or the anime that has spun off it. It’s less that the shows are mediocre rather than a lack of appreciation of the nuances on my part. We’re getting the Persona 3 movies on a monthly schedule right now, which means my disdain gets expressed on a regular basis. But Persona 3 The Movie #2: Midsummer Knight’s Dream took what was a rather pedestrian opening and created something rather interesting, with some appealing story directions amidst all the franchise tropes and clichés. If I were a fan of Persona, I’d be impressed by the second movie. But fan or not, the discs have an issue. Click on the review to see what. 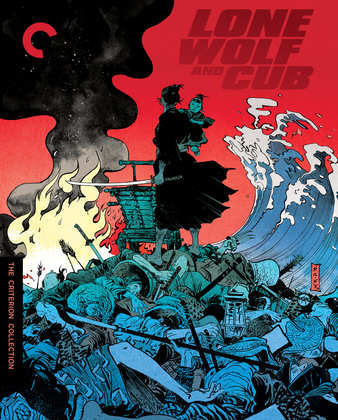 If anime is failing to inspire, there’s always live action, and given last week’s jam packed edition, I’ve been holding over Stuart McLean’s review of Lone Wolf and Cub for an extra week. These classic Japanese samurai films have just had the Criterion treatment and have been released in a Blu-ray Collection. You get all six movies with exquisite HD presentation, and a feast of extra features. Click on Stuart’s review for a full lowdown. 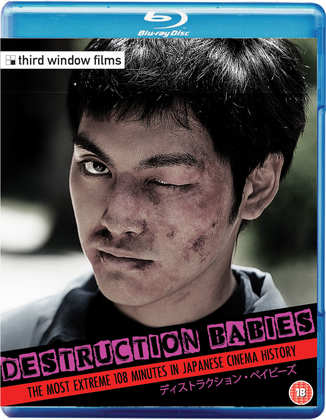 I’d be remiss as an anime fan if I didn’t mention Destruction Babies, the latest release from Third Window Films. If you click on the review, you’ll see that I wasn’t a fan of this live action movie, which follows a character around his neighbourhood after he just snaps, and starts looking for fights. The movie gets progressively darker as things spiral out of control. I’m mentioning it because it has a One Piece reference. And I know collectors. Some One Piece fans will go out of their way to watch this movie just to catch that reference. Check the trailer to see if it will be worth the effort. 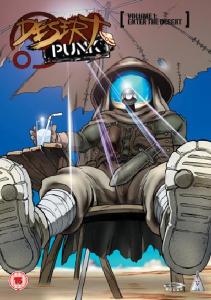 Desert Punk. Once again I’m saved from mediocrity by my oversized collection of anime. This classic Gonzo series is thirteen years old now, but it still entertains, and it’s refreshing in just how different it is from modern shows. Set in a post-apocalyptic future, Japan turned into a desert, it follows a venal, amoral, perverted handyman, as he pursues his career doing violent odd-jobs in the desert. He wants to be rich, and he wants to bury his face in boobs, and he’ll do anything to further those aims. Of course with boobs being his weakness, he often falls afoul of a big-breasted mercenary who’ll use him for her own aims, and he eventually takes on a young apprentice on the promise that she’ll grow into the cleavage that genetics have bequeathed her from her mother.

Desert Punk isn’t cute, and it isn’t safe. It’s unrestrained and it’s perverted, and it’s great fun as a result. Here’s my review of Volume 1, back when anime was still being released in single volumes. As it’s a Gonzo show, it’s brilliant fun for as long as sticks close to the manga adaptation. But for the last few episodes, it starts doing its own thing, and you can sense the original heart of the story being lost in the ending that Gonzo fashions. But it is great fun as long as it lasts, and it’s well worth a rediscovery. You can still find the single volumes if you look around, especially second hand, but why would you want those when MVM re-released the show in a complete collection form.

MVM will release Busou Shinki on Blu-ray and DVD next Monday, 10th April. All the Anime release Persona 3 The Movie #2 Midsummer Knight’s Dream today on DVD and on combo Collector’s Edition. Criterion released their Lone Wolf and Cub on Blu-ray on March 27th, last Monday, while Third Window Films release Destruction Babies on Blu-ray and DVD on April 10th.