No, pinch yourself, you are awake. Check the calendar, it's not April. Susan Boyle, she of the angelic voice, and the less than 21st Century telegenic demeanour, who wowed the Britain's Got Talent judges, and then wowed the world, is taking on anime. She will sing the theme tune for the forthcoming Eagle Talon film. It's that very same track, I Dreamed A Dream that will serve as the theme for the 3rd Eagle Talon film. You may winch your jaws off the floor now, and head over to the Anime News Network for more information. 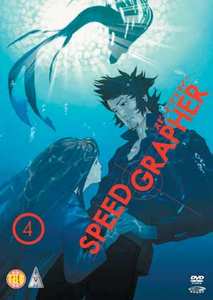 It was a jam-packed week of reviews last week, and lets face it, I'm tired. If these paragraphs lapse into incoherence, someone will have to turn up the caffeine drip. I began with another visit to Speed Grapher, indulging in the seedier side of life, as imagined up by Gonzo animation, and brought to depraved life in an edgy and for them, a more hard hitting anime. Seeing as I've recently finished writing the review for the final volume, I haven't the slightest idea of what happened in Speed Grapher: Volume 4 now. You'll have to click the review to find out. 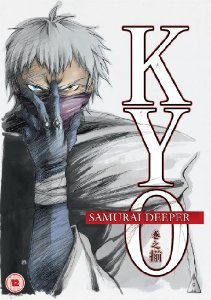 I haven't the slightest idea what happened in Samurai Deeper Kyo: Volume 3 either, but that's because I try and put negative experiences from my mind. I'm not too enamoured of this series, but it has cool guys with swords, fighting other cool guys with swords, it also has people with special abilities turning into weird monsters, and it has a dark alternate history of mediaeval Japan to tell. If you think that's the sort of thing you'll enjoy, then don't click on my review. That's the first time I ever typed that. 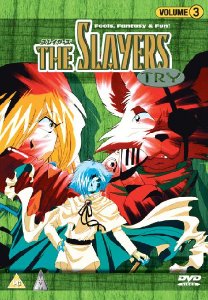 What can I say about Slayers Try: Volume 3 that I haven't said about the previous two volumes, or the seven other volumes that I have reviewed of the two earlier Slayers series? Not a lot actually. It's still the same entertaining RPG comedy action nonsense that it always has been. It's one of those shows where the characters provide the hook, and if you enjoy people like Lina Inverse and Gourry Gabriev, then you'll know just what you'll find if you click on my review. You'll also find in which episode of this volume Gourry cross-dresses. 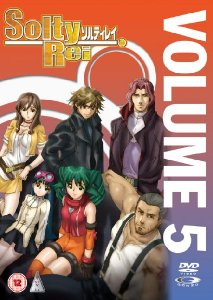 Solty Rei is heading towards its conclusion, and things are getting really exciting. Of course I have to leave this paragraph short, not because of my innate knackered-ness, but to avoid giving away all those spoilers. Unfortunately, it's one of those shows where you can't talk about subsequent volumes without at least referring to what has come before. So by clicking on my review, you probably will get spoilers to the earlier volumes. Make sure you have seen them first before reading my opinion of Solty Rei: Volume 5. 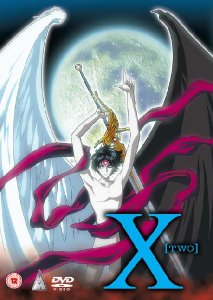 As one series nears its end, another's barely getting started. X The Series: Volume 2 was my final anime review of the week, and for a series that I was initially wary of, following an unpleasant run in with the movie incarnation, this is beginning to unfold in a rather appealing way. The movie lacked for story and character motivation. Well this second volume of X has character motivation and then some. Click on my review to see if this show has won me over.

It's all MVM this week, although Speed Grapher: Volume 4 has been out for quite some time. However, Samurai Deeper Kyo: Volume 3, Slayers Try: Volume 3, Solty Rei: Volume 5, and X The Series: Volume 2 are all released today. Make your way to the local online anime outlet and place your orders.