Seven Poundson DVD and High Def Blu-ray this May 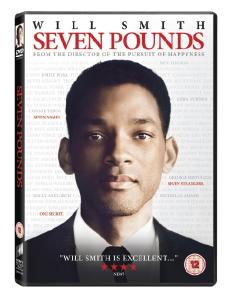 Ben Thomas (SMITH) is an IRS agent with a fateful secret who embarks on an extraordinary journey of redemption by forever changing the lives of seven strangers. Along the way he meets and sets out to help Emily Posa (DAWSON) and Ezra Turner (HARRELSON). When one of the seven captures his heart he must decide if he should reveal his secret, even if it means giving up on his plan. Seven Pounds is an emotionally charged love story with a truly inspirational ending.

Available on DVD and Blu-ray, Seven Pounds includes a host of added value including a commentary, deleted scenes and featurettes. Exclusive to the Blu-ray release is a Digital Copy of the film for PC, PSP®, Mac or iPod® and BD-Live: Access Exclusive content and downloads.