Places to Buy
We Are the Freaks
Foulfart Entertainment

New: £1.78
We Are the Freaks
Foulfart Entertainment

New: £12.99
We Are Not a Society of Freaks
Oneirataxian Records 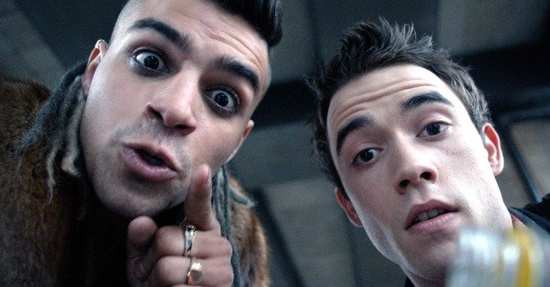 Metrodome Distribution have announced the release of surreal and anarchic anti-teen movie We Are the Freaks for short run cinema release on 25th April, and then DVD on 5th May.

Alas no other details we can bring you at this time, other than the runtime is around the 80 minute mark.

Set against the social and political turmoil of 1990’s Thatcher’s England, over the course of one evening they come to terms with being outsiders and learn to love failure and embrace being a freak.

Jack wants to escape his boring bank job and aspires to be a writer but is waiting to hear news about the grant he needs in order to take up his place at University. Parsons is a wimp with a dangerously unhealthy sexual fixation on Margaret Thatcher. He finds life guidance from the deranged but principled hardman Killer Colin.

Unlike Jack, posh kid Chunks has never had to worry about money and as a result holds everyone and everything in high disregard. Despite his cynicism, he may just learn something from the sociopathic Splodger as fate forces them together.