The Films of Stephen Dwoskin 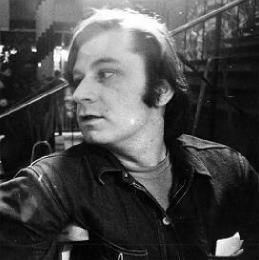 AN INTIMATE CINEMA:
THE FILMS OF STEPHEN DWOSKIN

This May, to compliment the DVD release of Central Bazaar on 25 May, the BFI Southbank will offer a rare opportunity to see the distinctive work of the artist, director and advocate of independent film, Stephen Dwoskin, in a season of films, workshops and a special in conversation event.

Stephen Dwoskin began his career as a graphic designer and art director for CBS Records in New York, before embarking on film-making in 1961 a few years before Andy Warhol, an artist with whom he is often compared. He left the underground US film scene in the mid-Sixties and, on moving to England, co-founded the London Filmmakers' Co-op where he quickly gained recognition with a series of short films for which he won the Solvay Prize at the Knokke Experimental Film Festival in 1967. Since this time, Dwoskin has produced a prolific body of work and has gained a reputation for being one of the most visually rich and emotionally intense filmmakers in British cinema whilst being an important figure, through his very personal explorations into his own disability (having contracted Polio as a child) in his ongoing fight for rights for disabled people.

This programme provides a rare opportunity to appreciate his work both within the immersive context of the cinema and in the Atrium, where a recent three-screen piece - Dream House - demonstrates his versatility as an artist and his ongoing productivity. This season also marks Stephen Dwoskin's significant film donation to the BFI National Archive.