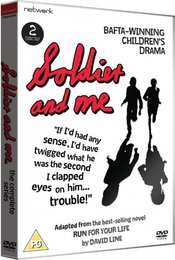 Soldier and Me - The Complete Series (DVD Details)

Review for Soldier and Me - The Complete Series 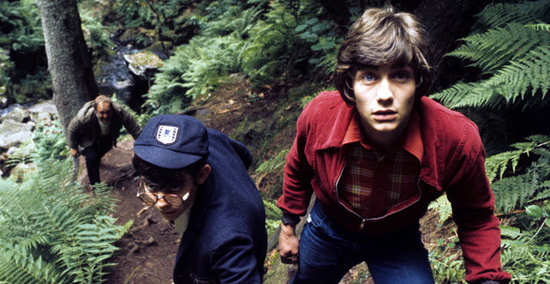 Network’s release of the whole series of ‘Soldier and Me’ will delight many fans who, until now, have had to make do with the single episode teaser on a kids TV compilation from a couple of years ago (one of Network’s ‘Look Back’ DVDs).

It’s a series that aired in 1974, a time when life in Britain was tough for many and particularly for anyone who went to a comprehensive school and was a little difference to the norm (and I should know. I came back from the USA as a 13 year old Jimmy Osmond lookalike with an American accent straight into a Midland comprehensive). 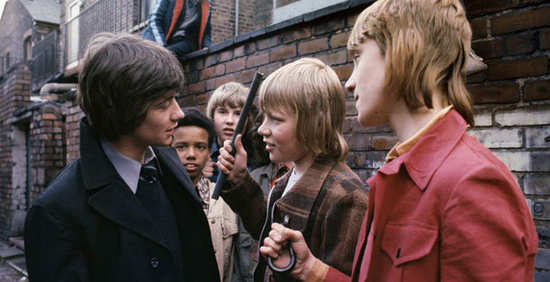 It’s a fairly accurate portrayal too with the kids dressed exactly as you’ll remember them, replete with shaggy hairstyles, flared trousers and Airware boots. As it’s shot mainly outside on 16mm film, the whole thing has a particularly rugged, grainy look that only adds to its period charm.
It’s actually an adaptation of a children’s book (David Line’s ‘Run for your life’) which is thriller which chronicles the sinister events that happen to two boys in Britain following the 1968 Prague Spring uprising. Directed by Carol Wilks, a former World in Action researcher/director, it won the BAFTA award for Children's Drama – though has been little seen since. 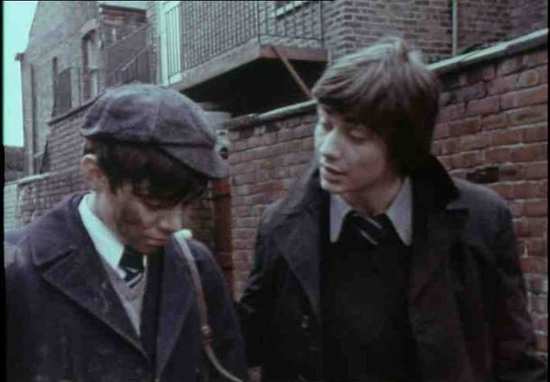 Pavel Szolda (Richard Willis) is a young Czech refugee living in the north of England; a bespectacled outsider at a tough school, he is befriended by the more streetwise Jim Woolcott (played by the late Gerry Sundquist) who nicknames him 'Soldier'. As a friendless and bullied victim, Pavel clings to Jim after he rescues him for an attack by a group of bullies, considering him his only friend. Discovering that Pavel has no father either, a bond forms between the boys and Jim affectionately starts to refer to his new pal as ‘Soldier’. 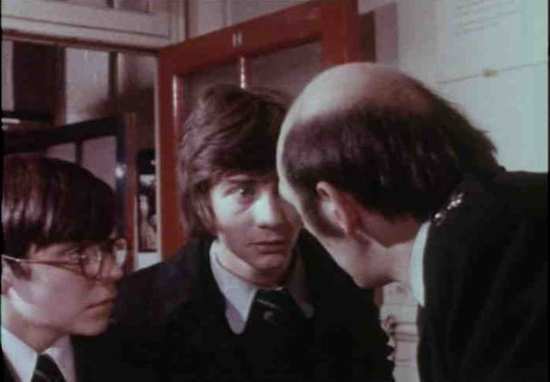 After overhearing some of his countrymen plotting murder (he understands the language) Soldier involves Jim in secretly observing the conspirators' movements. After witnessing what they assume is a murder, they are discovered by the group and are forced to flee for their lives – relentlessly pursued across open country by ruthless gunmen intent on keeping then quiet. Even the police don’t believe them so they have little choice but to run, with the political killers in hot pursuit – a brilliant set up for a thoroughly exciting cat and mouse chase. 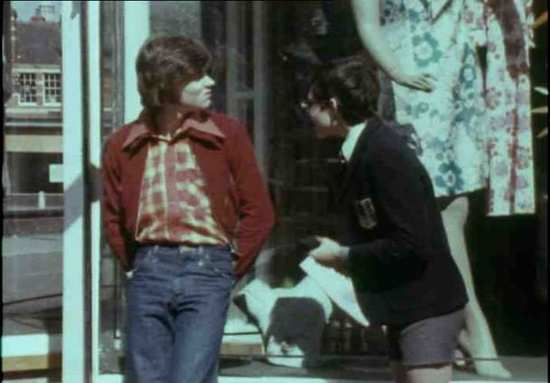 Although the Czech accent might get a bit creaky at times, and the action a bit stilted by today’s standards, the series stands up well and was an enjoyable watch, even for an adult. I’m unsure whether the series would have much appeal for its original demographic though (10-15 years) as it’s just so dated, a plus for retro TV nostalgia freaks like me, but not so good for contemporary audiences.

There are ten 25 minute episodes in total and it rattles along at a decent pace, making it easy to watch three of four episodes at a sitting. 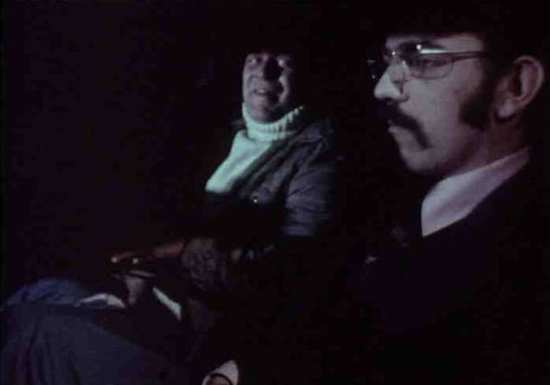 One particularly fun aspect for me was the surprise inclusion of a younger Richard Wilson (One Foot in the Grave) who plays a role as a teacher in three episodes.

You can’t imagine a series as dark and political as this being made for kids today – it’s just too gritty.

Apparently the series ships with a booklet featuring Richard Willis' personal reminiscences of making the series which, for nostalgia fans, is a bonus indeed. If you liked the series and want to revisit it after all these years then do the decent thing and pick it up. It’s wonderful that Network release these things at all; something I remain eternally grateful for.