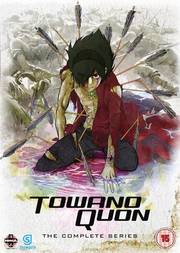 I’m confused. Just what is this anime called? If you want to go searching for it in any online e-tailer, you have to type in ‘Towanoquon’. But the name on the front of the case is Towano Quon, but the most appropriate looking title, and apparently the name of the official Japanese website (according to the ANN Encyclopaedia) is Towa no Quon, and that also appears to make sense according the story as it unfolds. At least they didn’t stick an ‘Assemble’ on the end for UK audiences, or renamed it completely, calling it Journey to Agatha or something. But it’s the second time in a year that I’ve had my nostalgia buttons pushed so strongly. Back when I first started watching anime, courtesy of the old Manga Video boom, most of the anime that I watched was of the OVA direct to video variety, with directors creating anime that was unconstrained by broadcasting standards, or indeed television time slots. Most series and shows had episodes that ran well past 30 minutes, and most hit close to 45. That’s a lot of time with which to develop characters and spin a story, and there was a lot of satisfaction to be had from watching anime back then. 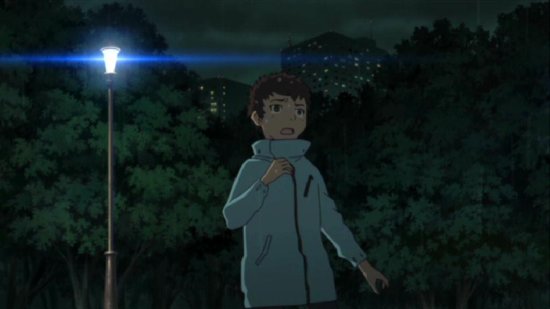 Of course now, most of the anime that we get in the UK is sourced from broadcast shows, shows tailored to fit half hour time slots with adverts, and the heyday of the extended OVA episode is long gone. But there are still one or two such shows being made every year, and it seems there is a new way of marketing these longer episodes. They now get theatrical releases, limited runs in cinemas to showcase the higher budget animation and the more in depth stories. Earlier this year, MVM brought us Broken Blade, a six episode series where all six, double length episodes had premiered in cinemas first. Now Manga Entertainment have brought us Towanoquon, which had a similar genesis. 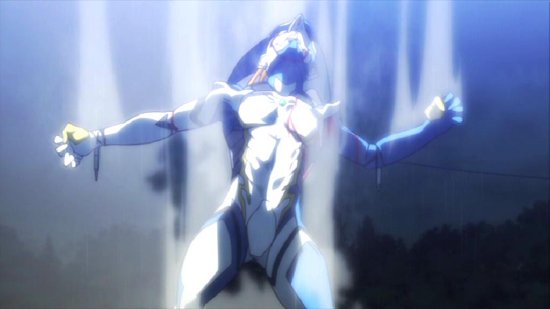 The future is a brave new world of people with superpowers, or at least it would be had the Custos Group not deemed all such people to be bestial, a threat to humanity and to be dealt with before their powers can cause damage. Their WTOC cyborgs wage a secret war against those children whose powers are about to manifest. Fortunately for these incipient superhumans, there is a powerful protector trying to seek them out before WTOC. Quon’s self appointed mission is to find and rescue these children, and with his group operating from the comparative secrecy of a theme park, they find and help them learn to control and use their powers for good. 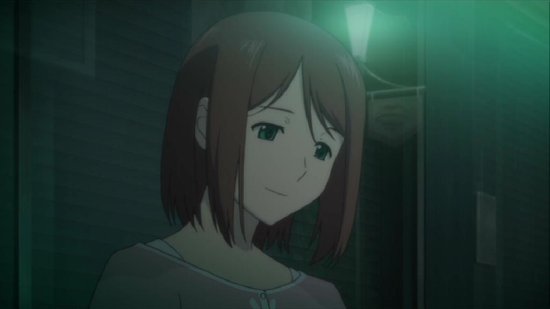 Disc 1
01. The Ephemeral Petal
02. Dancing Orchid in Chaos
03. The Complicity of Dreams 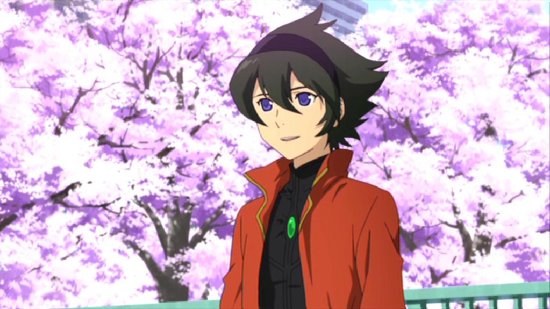 Towanoquon gets a 1.78:1 anamorphic transfer, which courtesy of Australia’s Madman Entertainment gets the native PAL treatment. It’s a nice transfer of a quality, and well budgeted animation. The action sequences impress, with the visual impact and effects really contributing to the subject matter. The character designs are a tad generic, at least the human ones, while the world design and future tech has a consistency of style that works well. There is a smidge of aliasing on fine detail, and some signs of compression during more frenetic animation, but that’s par for the course when it comes to DVD. The only way to improve on that would be a Blu-ray release, and Towanoquon is a show that would benefit from an HD presentation. Alas, Manga Entertainment aren’t releasing it that way, and neither have Madman Entertainment. I don’t know if the option was there to go halves on production, the way that MVM and Madman did on Broken Blade, but the bottom line is that there is no Region B HD release of Towanoquon, and if you want a Blu-ray, you’ll have to settle for Sentai Filmworks Region A release from the US. 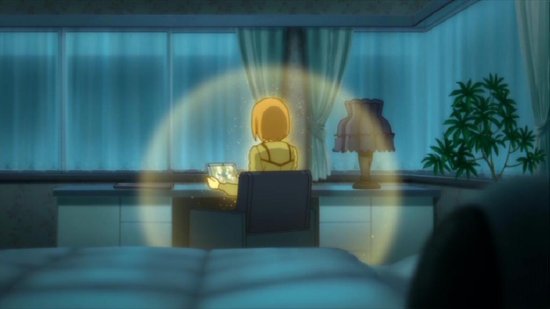 You have the choice between DD 5.1 English and Japanese, with optional English subtitles and a signs only track. The dialogue is clear throughout, while the full on surround experience does wonders for the show’s action sequences, as well as the grand music score that accompanies what are in effect six short theatrical movies. I sampled the dub, and it seemed par for the course for anime these days. The subtitles are clear and accurately timed, although I did notice one typo, and one subtitle caption 26:51 into episode 6 only stayed on screen for a frame. 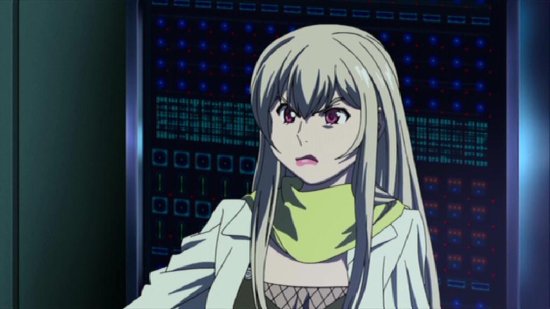 I’ve noticed more and more often recently that Madman Entertainment have started pitch correcting audio on their DVDs. This probably follows complaints of ‘chipmunked’ audio when they first started releasing native PAL discs. Pitch correction on occasion when done without care can result in a minor distortion to the audio. A prime example would be the Fellowship of the Rings DVD release, which had some clipping to the audio. I mention this because I thought I heard something similar in Towanoquon, particularly the first episode. It’s most noticeable in background music, where a sustained note should be heard, but it sounds ‘wobbly’ instead. This isn’t the first anime DVD that I’ve noticed this in recently, but given all the problems of NTSC-PAL, PAL speedup, interlacing, judder, ghosting and all else that anime DVDs have been prone to, it’s pretty small potatoes. The sooner the world switches to a constant 24 fps 1080p standard in Blu-ray, the sooner... we can find new stuff to complain about.

The two discs get static menus, and jacket pictures. But all of the extras are on disc 2.

You get the textless end sequences for all six features. Since each end credit reel runs a tad over 5 minutes, the total run time here is 31 minutes. That’s 31 minutes of the same annoying j-pop power ballad repeated six times over.

There are six extended previews for the episodes, lasting a total of 10 minutes.

You also get the teaser and the theatrical trailer for the show.

The big extra feature here is the audio commentary that accompanies episode 6. ADR director Steven Foster kicks off a series of interviews with the voice cast that proceed through the episode. 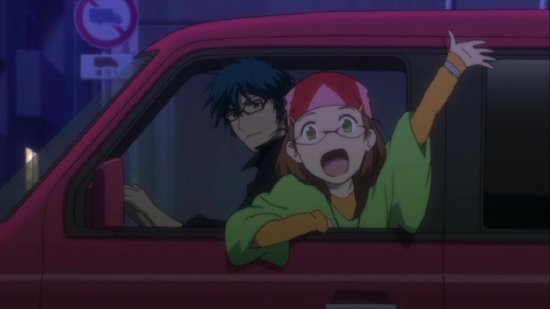 X-Men, Robocop, Star Wars, Highlander, the Angel TV series, all live action properties that Towanoquon will remind you off while watching it, and all of these are better than this show. Darker Than Black, The Guyver, Xam’d and Evangelion, are all anime shows referenced in some way by Towanoquon, and most of them are better as well. Whether it’s wholesale cribbing of ideas and concepts as with X Men and Darker than Black, or whether it’s just specific scenes and shots such as Star (These aren’t the droids you’re looking for) Wars and Angel (moody rooftop night time hero shot), the end result was that I spent more time thinking about what Towanoquon reminded me of, than I did actually watching it and enjoying it. Originality is a rare and precious commodity in modern entertainment, but most shows and movies find their own voice and approach that imprints their signature on even well worn material. Towanoquon fails to do that, and that’s something which taints it with a mediocrity that it’s never able to shift. 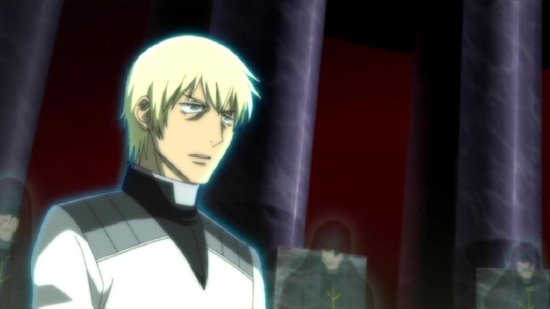 Anyway, kids develop powers, some of which are dangerous if they don’t know how to control them, so Connor McLeod a.k.a. Quon rescues them and whisks them away to his Professor X style mansion, hidden under a theme park, where he and his X-Men style group protect them and teach them how to use their abilities safely. But for some in the world, particularly powerless Homo sapiens, this is a bad idea. These Contractors... I mean Attractors are no more than monsters to be eliminated. So moustache twirling villain, with the aid of mad scientist has created an army of Robocop type cyborgs. He’s the head of Custos, and he sends his WTOC cyborgs out to kill of capture the monster, especially Quon, who is dubbed Insania, but moustache twirling villain has to himself answer to a faceless group of leaders called Nerv, I mean Oldoe. 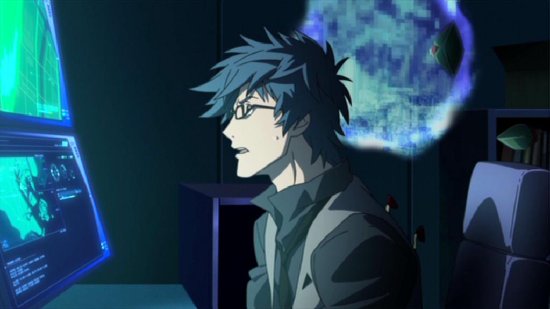 None of this blatant homage would be of any matter were the show any good, but Towanoquon barely peeks above average. It suffers from uneven pacing, un-engaging writing and character overload, with none of the cast developed to any satisfactory degree. Its plot is over-complex, with the hierarchy of Custos needlessly layered and obtuse, while wholly irrelevant to the story. To top it off, moustache twirling villain lacks any discernible motivation, comes with his own brand of plot holes, and suffers from the most unbelievable plot twist in the series. He’s just there to laugh maniacally, torment hero and villain alike, and get a comeuppance in the end. 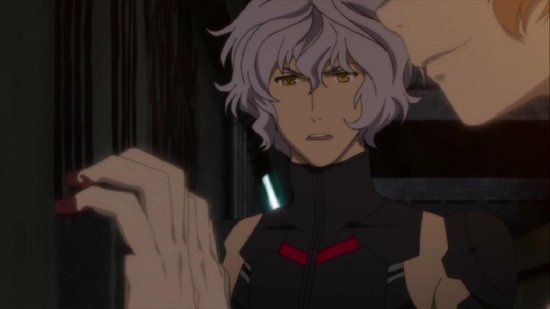 Despite all this, Towanoquon does have some excellent animation, some thrilling action set pieces, and once it gets going, it does enough to hold the attention. It’s one of the rare shows where I dreaded watching each new episode every night, but once the show was playing, I maintained my interest in it, and was indeed entertained by it too. Of course once the end credits rolled, I began lamenting my wasted 45 minutes, and began picking holes in what I had just seen, but brain left at the door and fuelled up on lager and kebabs, I can see this anime as suitable post pub entertainment. 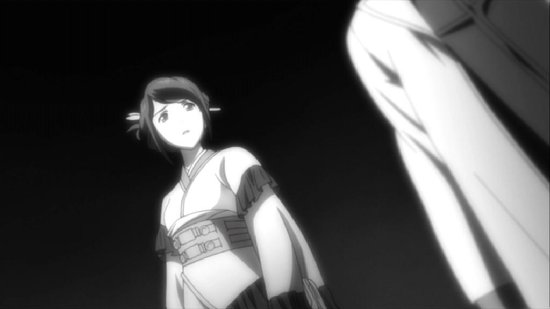 Towanoquon is just about okay. Its biggest problem is that while you are watching it, you’ll be reminded of all the shows and movies, live action and anime that it shamelessly apes, and you’ll be very tempted to eject the disc and watch one of those instead. But stick with it, and I guarantee that you’ll not be... too... disinterested? Like that’s a quote that’s going on the packaging!