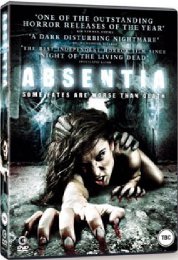 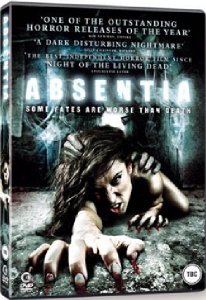 Currently, the low-budget horror genre is a tricky field to navigate. Many companies such as After Dark should be applauded for their attempts to populate the market with product that satisfies the fan-base. Unfortunately, the majority of those efforts are poorly conceived disappointments. From Husk to Wreckage, the glut of average shockers is so dense, it often becomes difficult to spot something truly unique. Right now, cinema-goers are being manipulated by the marketing of the well-shot, but misleading likes of Silent House. More recently The Pact presented itself as something of a haunted house chiller, but in actual fact it is not, and once this becomes clear, the film loses much of its intrigue. Clearly, so many pictures are emerging that are determined to categorised in a certain manner, and it's partly responsible for robbing much of the work out there of an ability to simply tell a good story.

Absentia is another entry to the cannon that also contains an element of the old conundrum, the "shaggy dog" story, but fortunately, it manages to avoid indulging in such misdirection, instead following a path of logic that only benefits this delightful little chiller.
Regardless of any artistic or cinematic achievement, what separates Mike Flanagan's Absentia, is a genuine feeling of independence. Absentia's principal photography was enabled through funding via Kickstarter. Kickstarter is a very inventive association that guarantees the funding of those who commit, but prevents them having to do so should the project fail to reach its target. 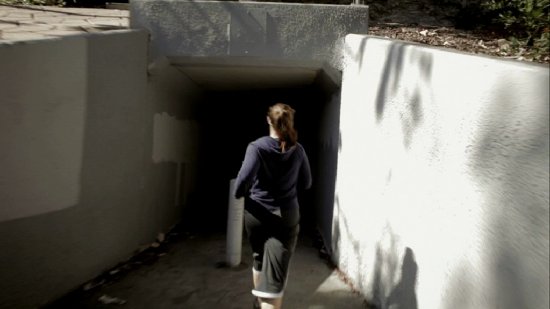 Tricia is dealing with the disappearance of her husband Daniel, seven years ago. Pregnant, she continues to poster the streets with "missing" flyers, as she attempts to reconcile the notion that she will have to declare him dead "in asbentia". Sister Callie moves in with her to help her rebuild. Callie discovers though, that there is something more than a little ominous about a tunnel near their house. While jogging, she endures an encounter in the darkened passage that leaves her shaken. Soon, it's clear that this place is more thank just a dank tunnel, and it is related to the missing Daniel…

It would spoil one of the movie's strong points to reveal more, but Absentia is certainly a more complex piece of filmmaking than one would perhaps first believe. While the principle idea behind it are a little straightforward, the characters are all well drawn, and the pace with which certain revelations are thrust upon the viewer slowly builds to a fine crescendo. 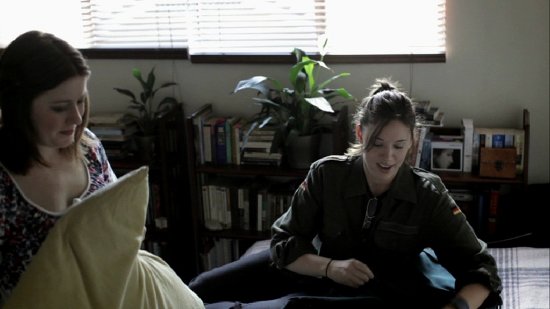 Absentia is beautifully shot, with a hand-held aesthetic that traditionalists will possibly, and incorrectly label "lazy". For those of us who enjoy such the rougher, less classical styling, it really adds to the general tone of unease and grittiness. Everything about Flanagan's aesthetics is unnerving, from the primitive sound design, to the less than glossy characters that populate the film.

Callie and Tricia actually feel like sisters thanks to well-drawn roles, and the chemistry between actresses Courtney Bell & Katie Parker. Likewise, as the romantically involved police Detective Mallory, David Levine's anger and frustration in his awkward position is very believable.
A nightmare sequence is also slickly incorporated, bypassing the misfortune similar efforts often encounter that results in eye rolling condescension.

On the other hand, we're introduced into the "hallucinations" that pepper movies like this perhaps too early, and they dominate the screen, despite being brightly lit at times, and often very unthreatening. A little more panache and subtlety certainly would not have gone amiss. Then again, possibly a little more experience from the crew and Flanagan himself (a relative newcomer to feature films as opposed to shorts and television work) would remedy this.
Callie's encounter with Walter in the tunnel also lets the script down, veering towards the unbelievable. Despite her Samaritan tendencies and Christian beliefs, Callie leaves him in the tunnel, taking him for a homeless beggar. Clearly though, there's something else at work here, as indicated by this disturbing appearance. 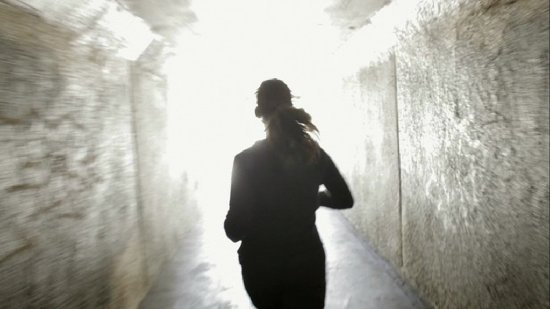 The tunnel itself though, is an impressively ominous presence, without appearing overly unnatural or out of place. It brings an inherent realism, and a recognizable source of fear for anyone who has dwelled in surrounding that come with their discomforts.
Considerate use of music carries real effect, preventing the silences becoming too suffocating, and bringing an almost uplifting sensation at times. It's a strong point that is often overlooked in low-budget cinema, but is as effective here as in another commendable recent shocker, A Horrible Place to Die. 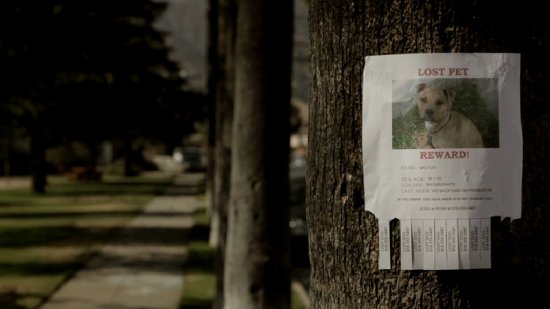 Ultimately, Absentia has an air of underground cinema about it. It feels somewhat loose, rough, and unpolished. It's the sort of genre filmmaking that offers no guarantees, and no certainty. And while that brings problems- as the failings described can attest to- it also infuses this works with a sense of experimentation and freedom. Much like the harrowing suffocation of The Machinist, there's something not quite right about this world- but it is not so far removed from the realm of believability to become unconvincing.

Absentia isn't one hundred per cent satisfying. It's one of those pieces that really promises more than it can possibly deliver. Certainly, it is a far cry from the frankly ludicrous quote in the publicity from Apocalypse Later that states "The best independent horror film since Night of the Living Dead". Clearly, Absentia is not that film. Still, it's a remarkable achievement, and certainly stands out amongst the pack of rancid low budget horrors that have seemingly flooded the market of late. While it's unlikely to prove overly memorable, it does provide enough of an unnerving experience to be very worthwhile.