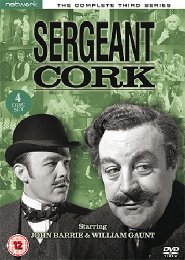 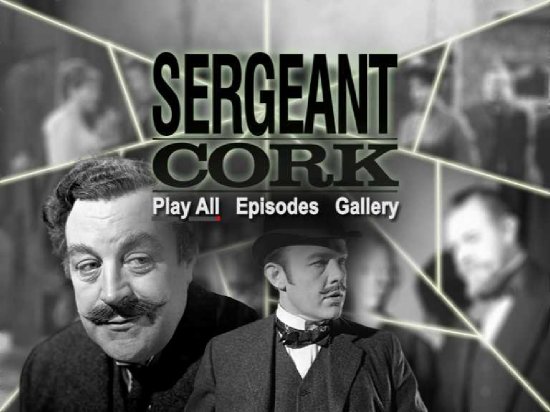 Who'd have thought Network would have been able to track down every surviving episode of Series 3 of this early sixties period Detective show, having already managed to discover all those from Series 1 & 2. So maybe they'll make the complete run at this rate. As a consequence, sound and picture quality are wildly variable but when it's good, it's exceptionally so. Especially when you consider that this was recorded 'live' onto video tape in the day.

Set in London in the 1890's, Sergeant Cork worked for the newly formed CID, the Criminal Investigation Department of the Metropolitan Police. The show was created by Ted Willis, who was responsible for the long running police series, 'Dixon of Dock Green'. 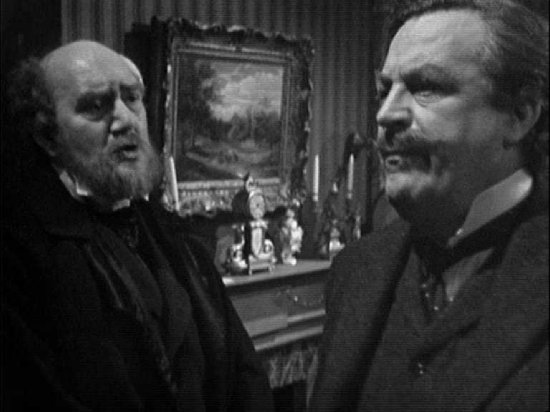 Whether it's apocryphal or not, we'll never know, but Ted Willis claimed that he pitched a show at Lew Grade which he didn't want and, rather than leave the office without any sort of commission he threw in an idea about a Victorian detective, building up the proposition with mention of fog shrouded streets and Jack the Ripper. Puffing on his eternally present cigar, Grade said: 'I'll take 26'. The series was so popular that 65 were made. 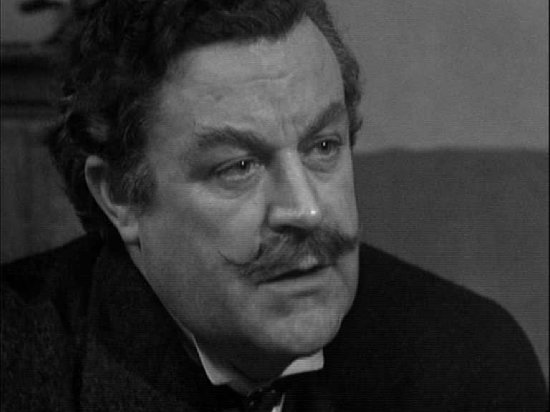 The show is a curiously stilted affair with a style of acting more in keeping with shows from the best part of a decade earlier. The 'play it to the back of the hall' acting style throughout, particularly by John Barrie, seems at odds with other television of the day, like 'The Plane Makers' - also issued by Network this week, which is altogether less stagey. 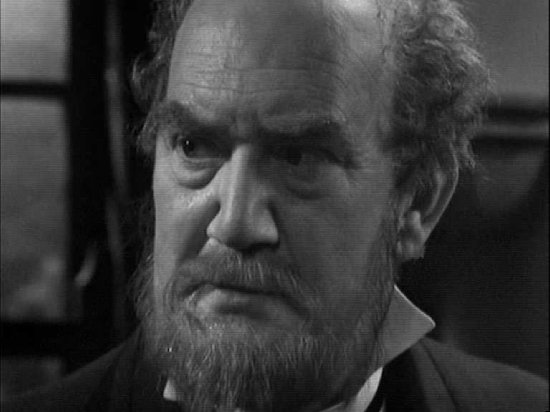 Willis was apparently keen to show the forensic police procedural of the period in action and the truth of the matter is that is a whiff or a poor man's Sherlock Holmes throughout the series. However, the sheer logic applied to cases and delivered by Barrie without hesitation for thought is strangely impressive and thoroughly enjoyable for those who like a bit of a mystery. 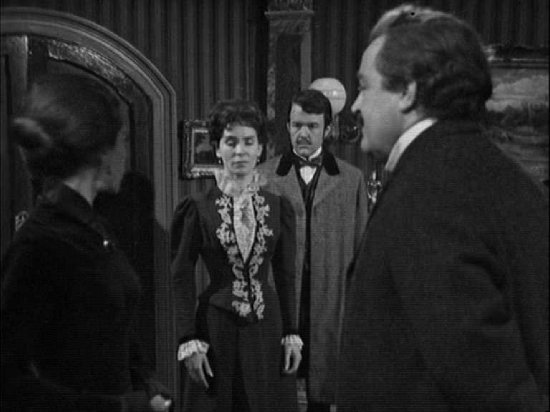 In common with later series like the ever popular Columbo, we get to see who has done the crime and the pleasure is then in seeing how long it takes Cork and his able side-kick to bring the perpetrator to justice.
Series 3 is the first I have seen though you should have no misgivings about joining the series so late. Each episode is a self-contained 'movie' and you need no prior character knowledge to enjoy them. So starting here is as good as anywhere. 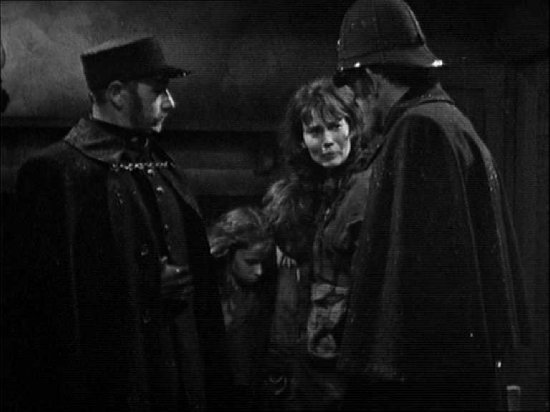 John Barrie, perhaps best known for 'Z-Cars', plays the 42 year-old Sergeant who comes from middle class parentage and lived a bachelor life in comfortable lodgings in London's Bayswater Road. (Not that far from Baker Street?!) He is well-known by the press because of his relentless success at solving crime at every level of society. 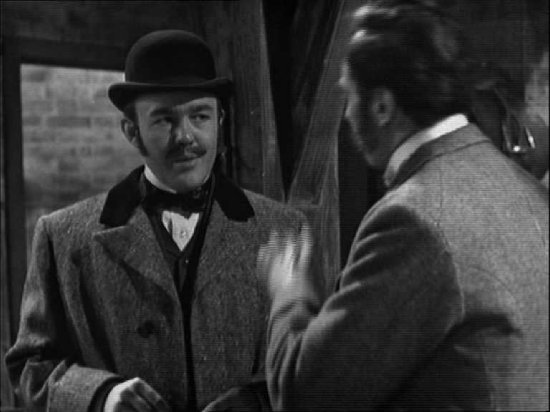 He is ably assisted by Bob Marriott (William Gaunt, one third of ITC favourite, 'The Champions'), a 25 year-old university graduate. Although the two men were from different worlds, Cork has a fondness for Marriott who thin that life in the police is somehow beneath him. 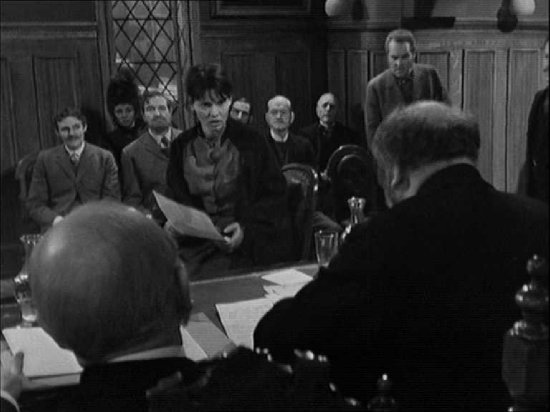 A regular in the series is Detective Joseph Bird (Arnold Diamond) who epitomises the type of policeman that Cork despises. Political, two-faced, often incompetent, and a strongly religious disciplinarian who would rather 'hang 'em all' than consider poor circumstance, he is constantly having run-ins with Cork. Their distaste is entirely mutual. 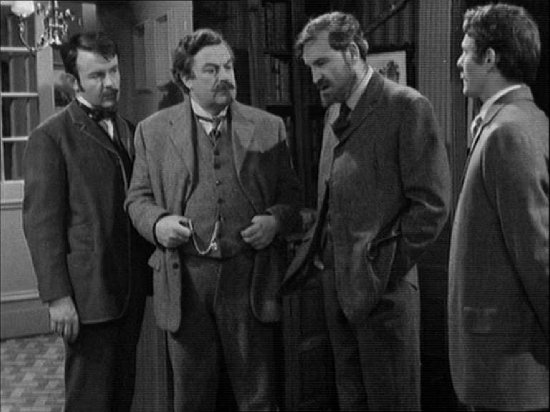 There are 13 episodes on this set (around an hour each minus commercials) which include murders aplenty (political murder, murders of passion and just plain brutality) as well as a number of other dastardly crimes. A recurring theme seems to be the dastardly way some of these chaps treat their women. We see cads promising the earth to their lovers, even encouraging them to murder their own husbands before casting them into the streets without a penny. We see lovers beaten and brutalised, duped and lied to. Perhaps this soap-like drama element was partly why the series was so popular. Still, with Cork on the case there is never a question of anyone getting away with it!

An entertaining blast from the past, for archive TV lovers only. After all, your purchase will help the fine folk at Network finance their next archive tv unearthing venture. Which in my book is a very worthwhile cause indeed. 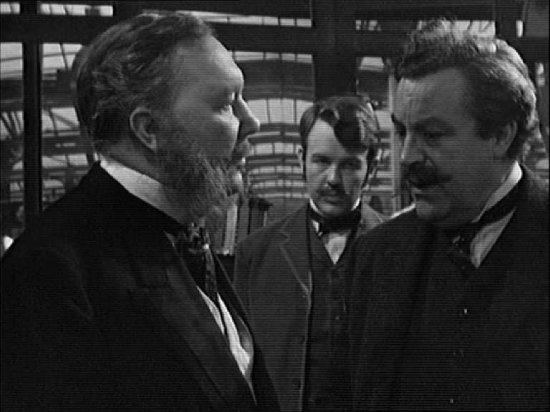