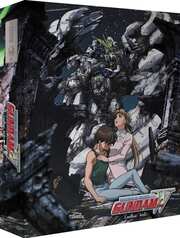 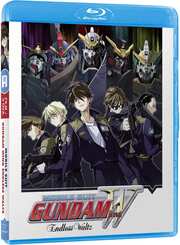 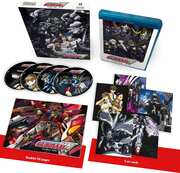 With any luck, this will be the last Gundam review that I write. It’s fair to say that I’ve given it my best shot, but the whole Mobile Suit Gundam franchise has passed me by, and that’s despite priming myself by finally getting into the giant robot genre, a genre I originally disdained. But it turns out that Patlabor, Evangelion, Gurren Lagann, and Dai Guard aren’t the best shows to get you into the mood for this never-ending war epic. I did think that Mobile Suit Gundam Wing would be my best chance to enjoy the show, given its era of production, but not even a quintessentially nineties anime could sway my displeasure, even if the show did eventually pick up toward the end. So my last gasp attempt at watching Gundam is the Endless Waltz OVA that goes with the series. It doesn’t get off to a good start when I can’t even get through the first episode on disc 1, but then again, it’s the Operation Meteor OVA that’s bundled with Endless Waltz, and it is a recap episode. 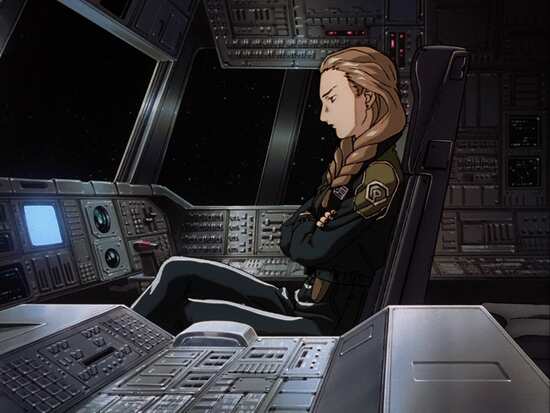 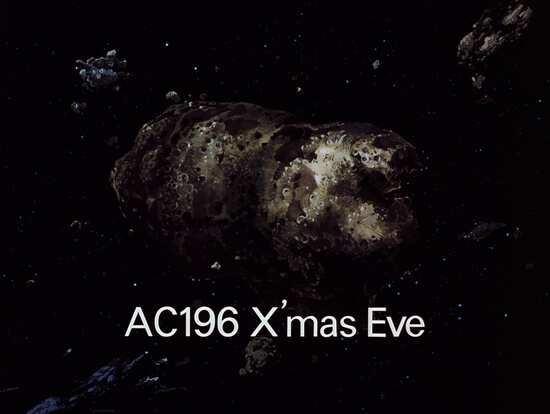 The Operation Meteor OVA recaps the original Gundam Wing series in 4 episodes. The Numbers refer to the character names. Heero Yuy, Trowa Barton, and Chang Wufei are the odd numbers, and Duo Maxwell and Quatre Raberba-Winner are the even numbers, and the part 1 episodes tell the first half of the story from these characters’ perspectives, edited together with voiceover and a bit of new footage to bridge the recaps. Part 2 retells the second half. The Even Numbers episodes also have additional recollections from other characters like Relena, Zechs, Noin and Treize. Given the length of the series, these patchwork episodes are just highlights lacking the emotional context of the significant moments in the story. 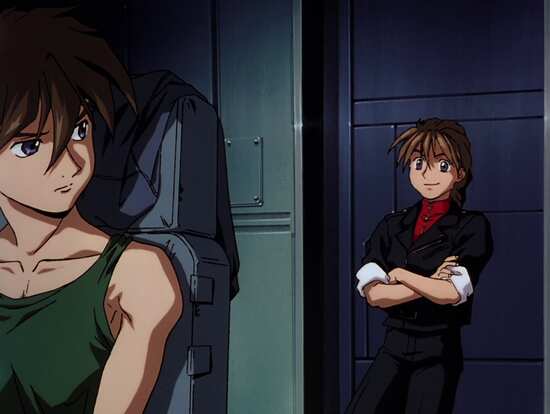 This is the whole point of this release, the Endless Waltz OVA episodes. The story is set one year after the end of Gundam Wing. The world is at peace, as are the colonies, and things seem to be heading in the right direction. Four of the five Gundam pilots have agreed that their skills are no longer needed in this new world, and Heero Yuy, Duo Maxwell, Trowa Barton, and Quatre Raberba-Winner have agreed to dispose of their Gundams by launching them into the sun. It’s Christmas Eve, the anniversary of the end of the war, and all is at peace, helped by people like Noin and Lady Une, now working as Preventers, diplomatically nipping trouble in the bud. But they’ve missed one trouble spot. A new colony is plotting against the one world government, aiming to bring the old ways of war back. Their first step is to take minister Relena Darlian hostage when she visits the colony. They’re led by a seven-year-old girl, Mariemaia Barton. That seems incredulous, but no less incredulous than the fact of her parentage. Her father was Treize Kushrenada himself, who led the Earth forces in the last war. She’s inherited a sizeable army, and she has Chang Wufei and the last Gundam on her side.

The movie collects the Endless Waltz OVA episodes with a smidge of extra footage. 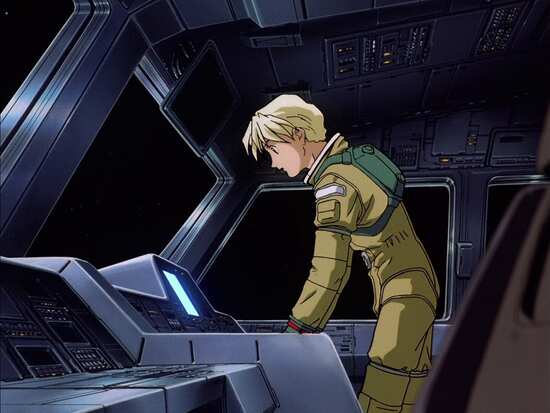 The collection gets 4:3 pillarboxed 1080p transfers across all four discs. The Operation Meteor OVAs are of similar quality to the Gundam Wing series quite naturally, but the Endless Waltz OVA really takes a step up in quality. The character designs are more refined, the mecha designs are much more detailed and consistent, and the animation is of near theatrical quality. The care and attention given to the way things move, and just how dynamic everything is makes it a much more engaging and effective experience. You can see that the animators really loved this project. The transfer is excellent, free of any issues such as compression, aliasing or banding. 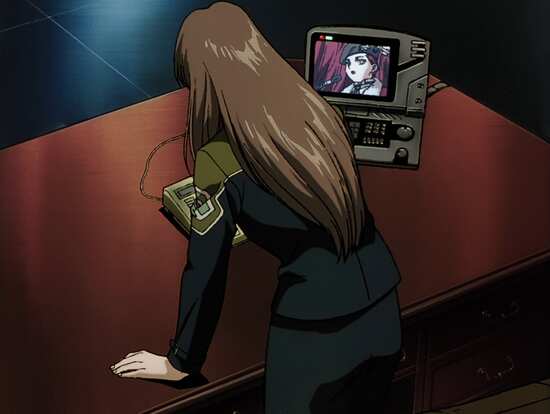 Discs 1 & 2 solely get Japanese PCM 2.0 Stereo tracks with optional English subtitles. The Endless Waltz OVA gets PCM 2.0 Stereo English and Japanese with optional subtitles and signs, the movie gets a PCM 5.1 English track on top of the stereo tracks. The Japanese audio is perfectly fine on the Endless Waltz OVA episodes, with the action presented well, the music driving the pace of the story, while the subtitles are accurately timed and free of typos. I gave the 5.1 track on the film a quick try, and while technically it may have been impressive, the dub does feel dated. 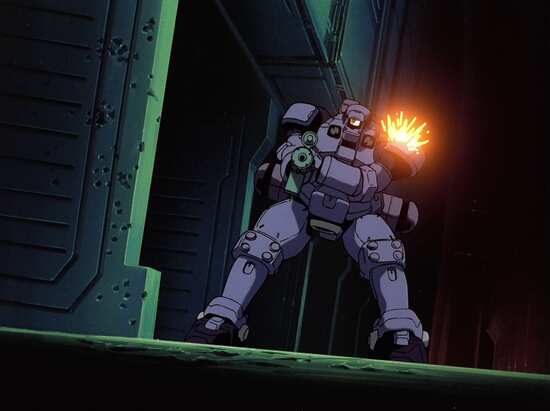 Disc 1 has episode previews for the Operation Meteor OVAs.

Disc 3 has 2 sets of textless endings and a 1:30 Promo Video for the Endless Waltz OVA.

Each episode in this collection is followed by a translated English credit reel. 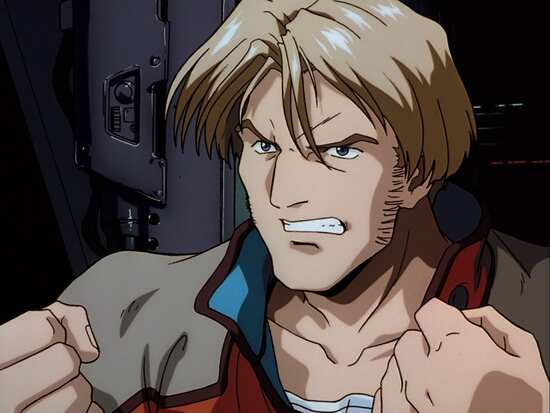 This release really is only for Gundam Wing completists, which is an obvious thing to say given that the Endless Waltz OVA is a direct sequel to the series. It’s just that for the juicy bit on disc 3, you have to live with three discs which might not be as necessary. Certainly the Operation Meteor OVAs on disc 1 & 2 are just barely comprehensible recaps of the TV series itself, The Endless Waltz movie on disc 4 might be a little more interesting, given that it reedits the three OVA episodes into a feature, with some new animation as well. But full disclosure, I either slept through or skipped through the Operation Meteor OVAs, and given that it was just repeating the story, I only gave the Endless Waltz movie a cursory glance. But I gave all of my attention to disc 3, the three Endless Waltz OVA episodes. 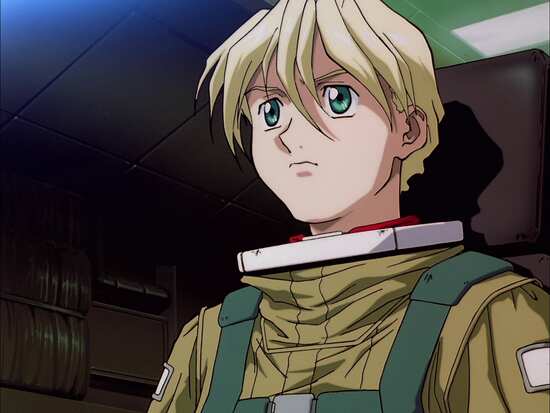 Endless Waltz is brilliant. It is everything that I wanted Gundam Wing to be. But in the end, that fifty-odd episode series just lulled me into tedium with its poor characterisation, and underwhelming storytelling. After watching Endless Waltz, I got the feeling that Mobile Suit Gundam Wing could have been told in just as effective a manner if it too had been three episodes in length. The worst thing about Gundam Wing was its cyclical nature, how the characters went through variations of the same thing again and again. It often felt as if they just didn’t learn from their experiences, and they were destined to suffer the same defeats and achieve the same victories. 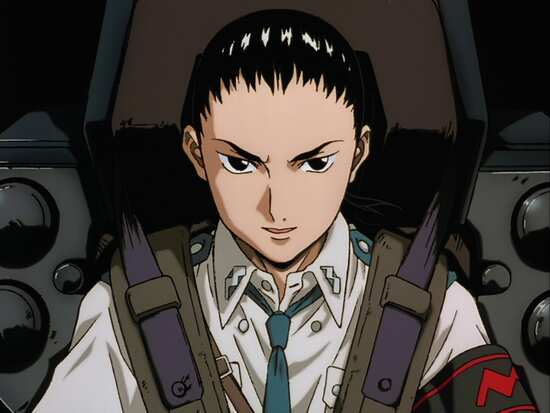 There are no cycles in Endless Waltz, you get just the one story, and it is efficiently told. Best of all, we get the character development that the series always denied us. We learn about the characters’ respective pasts, the back-stories behind Heero, Duo, Trowa, Quatre and Wufei which shaped them, and it explains a whole lot behind why Gundam Wing unfolded the way it did. Quite frankly we needed this information then, not now. 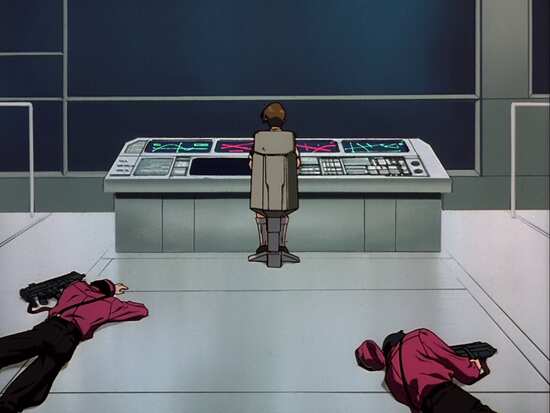 It is covering much the same themes, the tension between philosophies of militarism and pacificism, with the latter still espoused by Relena Darlian, a complete rejection of violence that seems to deny human nature. On the other hand we have a new character, Mariemaia Kushrenada, previously unknown daughter of Treize Kushrenada from the series. She isn’t even ten years old but her precocity has been picked up by the Barton concern, a powerful family from one of the orbiting habitats, and they are using her desire to emulate her father’s ambition, to see humanity progress through conflict, as a means to gain power and control. And once more the various Gundam pilots, hobbled by the fact that their Gundams are being disposed of, wind up choosing sides and facing off against each other. 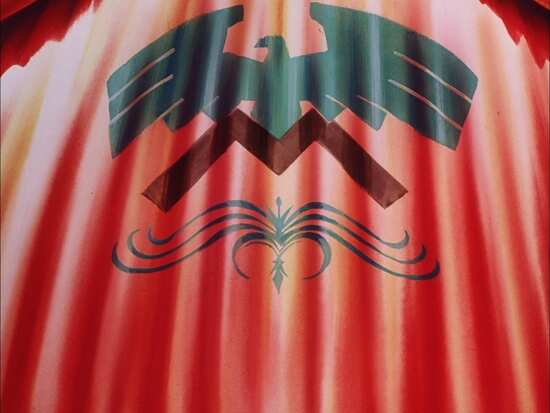 The character development was laughable in Gundam Wing, and the storytelling tedious and repetitive. There were very few redeeming features in the series, but when it comes to the Endless Waltz OVA, it fixes all of that. The characters have never been so well defined and relatable, while the story takes pains to define the philosophies that divide and perplex the characters, gives weight to the drama that they face. Perhaps that’s why the Operation Meteor OVAs are there, to serve as contrast. Endless Waltz is how good you wanted Gundam Wing to be, Operation Meteor is how it actually was. The shame of it all is that Endless Waltz really works best if you have seen the original series; standing alone it lacks the back-story to allow viewers to emotionally invest in it. 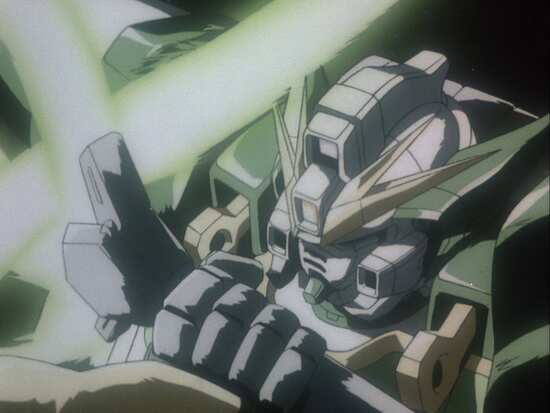 Normally I’d throw a micro-wobbly with the everything and the kitchen sink release format, but the fact is that Endless Waltz doesn’t work well without the series, and if you’ve shelled out on 50-odd episodes of TV series, you’ll be in the ‘must have it all’ collector’s mindset that would feel hard done by if the superfluous Operation Meteor OVAs were absent from the collection, even if you never watch them. Personally, I’m just disappointed that the Gundam Wing series wasn’t as good as the Endless Waltz OVAs. This is the first time I’ve actually been into a Gundam release, and had I enjoyed the Gundam Wing series, I would see the re-watch value in Endless Waltz. As it is, the prospect of having to watch Gundam Wing again before watching Endless Waltz is the only but substantial downside that I see to this collection.