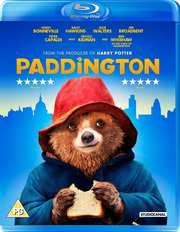 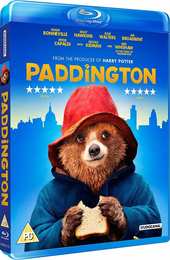 Nostalgia can really be a sticking point when it comes to the entertainment I watch. It took me around ten years before I got around to watching the re-imagined Battlestar Galactica as I was so fond of the original. That’s even more relevant with entertainment for children and family audiences. My Paddington was the stop-motion animation from the mid to late seventies. As a child I was charmed by the cuddly, puppet bear living in a 2D paper cut out world, extolling the virtue of marmalade sandwiches while getting into all manner of mischief with the Brown family. To be honest the thought of a modern feature film made with cutting edge CGI horrified me. I expected the worst, the Hollywood-isation and commoditisation of a British institution. I have managed to avoid the Paddington movie for 5 years, but finally, my curiosity overcame my prejudice and I grabbed a copy of the Blu-ray.

40 years ago, an explorer ventured into darkest Peru, and discovered a unique species, intelligent bears. He stayed with them, told them all about London, introduced them to marmalade, and invited them to come and visit. A young bear was brought up on the stories of this explorer, and on marmalade sandwiches. When their home was destroyed in an earthquake, he remembered the explorer’s invitation.

That’s how a bear in a red hat with a tag around his neck, asking for a family to take care of him, wound up at Paddington, and how the Brown family first encountered the bear they would name after the railway station. There’s no way that the Browns are going to adopt Paddington, but they do agree to help him find the explorer. But it turns out that London isn’t the friendly and welcoming place that the explorer described, and while finding him proves difficult, there’s someone who has been waiting for Paddington to arrive for forty years.

The film is presented with a 2.39:1 widescreen 1080p transfer and with the choice between DTS-HD MA 5.1 Surround, PCM 2.0 Stereo English, as well as PCM 2.0 Stereo English Audio Descriptive, with optional English subtitles. The image is great on this disc. The clarity and detail is excellent, there is no sign of artefacting or compression, although there are a couple of pans where frames jump, the sort of thing that I see more often with digital cinematography, but that’s an issue with the source. The film is set in a warm, attractive world, full of bright colours; finding a blend between the modern world and the quaint England of yesteryear in the production design. The real question is just how the bear appears, and in this case I don’t feel qualified to comment on just how realistic Paddington looks. You’re going to have to ask another bear. The audio is fine, immersive and lively, bringing the action and the music across well, while keeping the dialogue clear and audible throughout.

You get one disc in a BD Amaray. The disc autoplays trailers for Shaun the Sheep: The Movie, The House of Magic, Mirror Mirror before booting to an animated menu.

There are a handful of brief featurettes, Meet the Characters lasts 2:22, From Page to Screen lasts 3:04, and When a Bear Comes to Stay lasts 1:53, all quite ephemeral and uninformative.

There is also a Gallery with 24 images to click through.

Paddington is brilliant, revealing my preconceptions to be the uninformed garbage that they are. They’ve managed to take a classic, British children’s institution and make it relevant for modern global audiences without losing that quaint eccentricity and unique Britishness, which made Paddington the adorable bear that I fell in love with as a child. Paddington is a wonderful, heart-warming family film which manages to be a hundred times funnier than most so-called movie comedies. I laughed more in Paddington’s 90 minutes than I have in many a deliberate grown-up comedy.

Originality may not be this story’s strong suit, but when your target demographic is yet to devour every single movie ever made, that’s not a significant issue. That the Brown family bears a passing similarity to the family in Mary Poppins may not be a coincidence. Henry Brown is an upright pillar of the community, a paragon of responsibility and someone who always plays it safe. His wife Mary is a little dotty, a little eccentric and more of a risk taker. Their son Jonathan is a dreamer too, who can’t relate to a father who errs on the side of caution all the time, and in a nod to the modern world, daughter Judy is at that teen age where all her family can do is embarrass her. The housekeeper Mrs Bird may be the voice of wisdom in this family, but they do need a bear from darkest Peru to bring them together again.

Then there are the antagonists, and Mr Curry the next door neighbour is wonderfully brought to life in the film. But the real villain is Millicent the Taxidermist, who sets her eyes on this rarest of bears, with delicious malice and fastidious precision that owes much to Cruella de Vil from 101 Dalmations. As I said, when the target demographic is around age 7 to 10, it matters less when you wear your influences on the sleeve, and if older audiences do recognise them, it doesn’t reduce the enjoyment of the film in the slightest.

The only slight sour note in the film might be the event that motivates Paddington’s move to London, an incident which might be a little too sad for the youngest audiences, but the rest of the film unfolds with a whole lot of gentle, family friendly comedy, much of it from the culture clash that comes from a bear expecting the polite and friendly London of yesteryear, but instead encountering our modern, fast-paced world. Paddington is delightful, heart-warming, and I can’t overstate just how hilarious it is, and it never once has to resort to crudity or crassness, or in-jokes and knowing winks. It’s a family film that truly works for all the family.