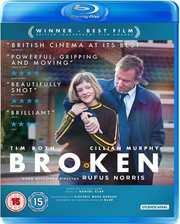 Extras include interviews with cast and crew, a live performance from Damon Albarn's group Electric Wave Bureau who provide the soundtrack, a Q&A at the Hackney Picturehouse and trailer.

Eleven year old diabetic Skunk lives with her father Archie, her elder brother Jed, and au-pair Kasiain a typical British suburb. One of her few friends is Rick, a strange young man living with his parents in the neighbourhood.

Skunk is shocked when Rick gets beaten up by Mr. Oswald, another neighbour, one of Mr. Oswald's daughters has accused Rick of rape. From now on Skunk's life goes south.