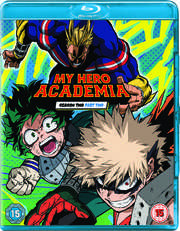 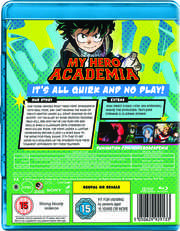 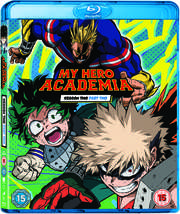 It hasn’t been too long since the release of Part 1, and already I have the concluding half of Season 2 of My Hero Academia to review. It’s the latest long running shonen adaptation to make waves in the world of anime, but unlike the traditional route taken by shows like One Piece and Naruto, My Hero Academia is being made in seasons, with hiatuses in between, long enough for more manga to be made, and allowing for faithful adaptations untainted by filler. We’ve just had the traditional tournament arc that is de rigueur for a shonen anime, and it took only 12 episodes. Already we’re moving ahead with the story in Part 2. There’s something so refreshing about that. 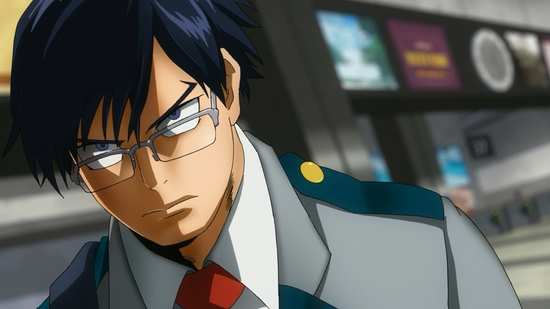 But Izuku’s selfless actions in a crisis situation caught the attention of All Might, who decided that the young boy would inherit his power. Getting used to a sudden new Quirk doesn’t happen overnight, and even with intensive training, Izuku is still playing catch-up when he enters U.A. High School, where the world’s heroes are trained. But he and his class 1-A manage to distinguish themselves when the League of Villains attacks. As this second season begins, the U.A. Sports Festival is about to begin, and All Might’s mission for Izuku is to distinguish himself in front of the world audience. 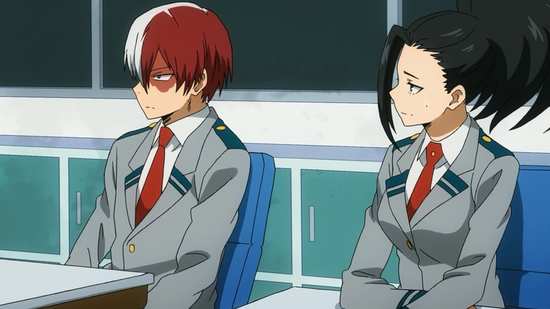 The concluding episodes of My Hero Academia Season 2 are presented on 2 Blu-ray discs from Sony/Funimation.

The images in this review were kindly supplied by the distributor. 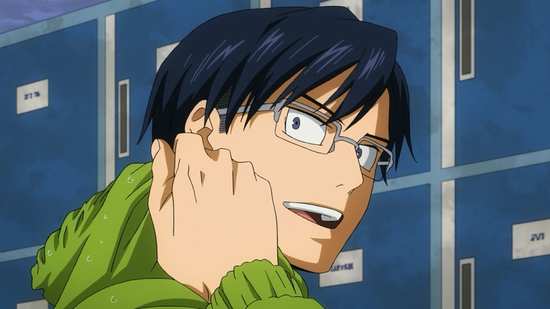 Disc 2 has the extras, beginning with the Inside the Episodes featurettes, which offers interviews with the dub staff and voice actors about specific episodes. There are also featurettes about some charities that Funimation supported, tying in with the My Hero Academia simuldubs. There are 13 featurettes in total here, running to a complete run time of 107:54. (The final featurette Simuldubs From Beginning to End is a 24:30 overall dub making of).

There is an interview with two of the voice actors, Chris Sabat and Justin Briner in the San Diego Comic-con: IGN Interview, which lasts 10:46 1080i. 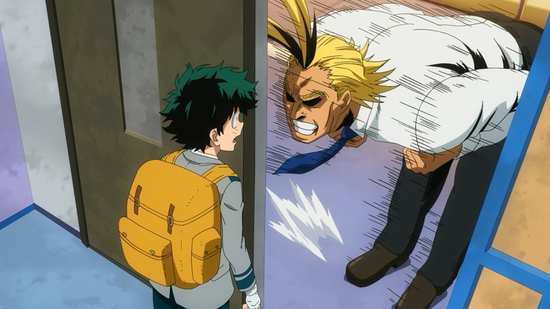 There is a filler episode! It’s just one episode, and they call it an anime original episode, but it’s filler nevertheless. I’ve seen two shonen manga adaptations in close order which both look to be more faithful to the original material, easing the burden on the animators by producing series only when there is enough material to adapt. Blue Exorcist’s Kyoto Saga is downright amazing, one of the best such adaptations I have seen. My Hero Academia on the other hand is entertaining, fun, and can quickly draw the viewer in, but it never loses the shackles of the material that it is adapting. It may be down to differences in the source material (Blue Exorcist might blow My Hero Academia out of the water in manga form), or it’s more likely a difference in how the material is adapted.

Blue Exorcist looks good in anime form as it’s been written, edited and paced for the anime format. It has its emotional beats in the right place, build-ups, crescendos, action and character moments, all perfectly timed for the TV medium. My Hero Academia tries to be more faithful to the source material, and so the ebb and flow of the narrative never has the same kind of pacing. You can have whole episodes which are narrative doldrums before the story picks up again. It’s the difference between a good anime and a great anime. My Hero Academia is merely a good anime. 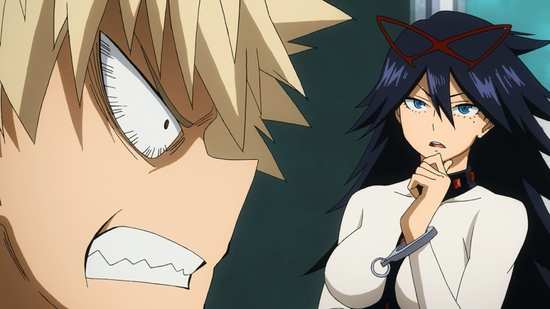 Following the conclusion of the tournament arc, we begin this collection with something of a lull, before the next major story arc. The trainee heroes are about to go on internships, work experience, shadowing actual heroes, and for that purpose they need to come up with their hero names. That’s what the first episode in this set is devoted to, a bit of light comedy before they all go to their new, temporary assignments. Most either get offers from powerful heroes depending on how they performed in the tournament, or they have to apply to hero agencies. Izuku gets an offer from an aged hero called Gran Torino, the man who originally trained the #1 hero and Izuku’s mentor, All Might.

The next episode is one of those narrative pit-stops I mentioned, as we follow the various trainees and their new mentors, get some idea of what their internships are like, although Izuku does start figuring out how to control and use his quirk All-For-One without shattering every bone in his body. But the real thrust of this arc becomes apparent, as it’s all about Iida and Hero Killer: Stain. At the end of the previous collection, Hero Killer: Stain attacked and hospitalised Iida’s big brother, and Iida is using his internship to find and take revenge against Stain. Given how powerful Stain is, Iida may as well be committing suicide, although fortunately for him, his encounter with Stain coincides with an attack on the city by the League of Villains, and a whole group of heroes converge on the area to deal with the situation. Both Izuku and Todoroki come to Iida’s aid, and he gets a timely reminder as to what a hero should be, a chance to turn away from the dark path he’s on. 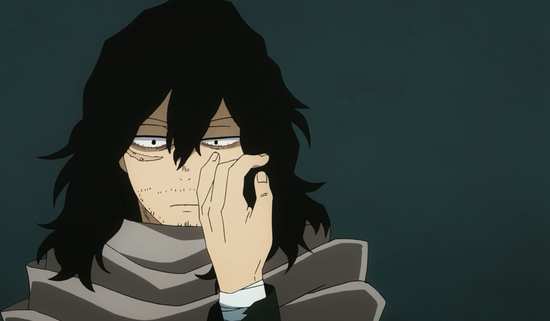 After this arc, there then follows that filler episode I mentioned, Everyone’s Internships, which you would think would cover what all the other trainees were up to while Iida was having his issues over the past few episodes. Actually it concentrates on just one character, my favourite of the heroes, the frog-girl Tsuyu Asui who has taken the hero name, ‘Froppy’. She has a high seas adventure dealing with smugglers with her sea-power focused hero team. This episode is a useful reminder that sometimes filler can be a very good thing.

The last five episodes hurtle towards the end of the first semester for the hero students, and final exams. This time it’s a combination of written and practical test, and because of the growing villain situation, the practical is combat against their teachers in teams of two. The students have to either escape from, or capture the teachers, who take on the role of villains. It’s a test of their teamwork abilities, and situational awareness. In other words it’s four more episodes of tournament fighting action, the climax being Izuku teamed up with his eternal rival Bakugo, with both having to face none other than All Might. It doesn’t go well. 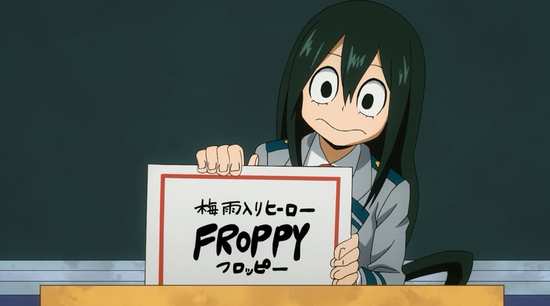 The final episode is another lull, a shopping trip before summer training camp, which gets serious when Izuku runs into the leader of the League of Villains, Shigaraki, who wants to have a ‘chat’. While My Hero Academia has a lot of fun with the student heroes and their trials and tribulations, it’s also building up the larger picture as well, cutting away to see what Shigaraki and his Nomu minions are up to, how Hero Killer: Stain has an impact on his plans, and the new villains that flock to his banner. At the same time, with the advent of All Might’s teacher, Gran Torino, we also get some useful back-story on the All For One quirk that Izuku has inherited, its origins, and the consequent reveal of the real big-bad villain of the story.

My Hero Academia has a lot of fun with its characters, and it’s definitely an entertaining watch. But it is hampered by its storytelling format, its uneven pacing, and the sense that it could be even better. Still, it’s setting up plenty of fascinating story threads, and it leaves you hungry for season 3. And Froppy is my favourite hero!