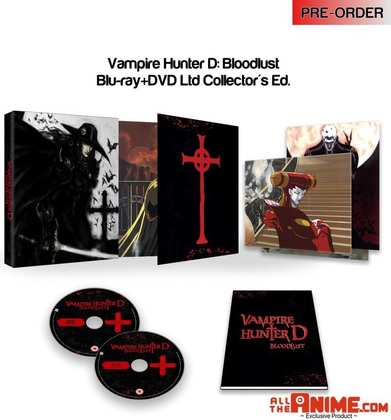 There was a whole lot of anime reviewed last week, and most of it really quite good. I got the disappointment out of the way first, although I wasn’t expecting disappointment from Vampire Hunter D: Bloodlust. It may be a vampire story, never my favourite genre, but it’s a vampire story animated by Yoshiaki Kawajiri, the man behind Ninja Scroll, and it was a big, big thing back around the turn of the millennium. It’s made its UK Blu-ray debut in this collector’s edition, but since its initial release, it’s always been contractually stipulated that it be English dub only outside of Japan. It turns out that doesn’t do the film any favours. Click the review to read more. 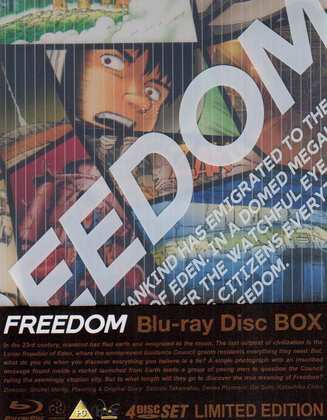 It turns out that they do in fact sometimes get things right first time. I’ve tried the Manga Entertainment Blu-ray, and imported the Australian release, but you have to go back to 2008 to find the definitive release of the Freedom OVA. Bandai and Beez Entertainment released the short sci-fi series in an extravagant 4 disc Blu-ray boxset (the re-releases have all been single disc affairs), and it all works, no glitches, no flaws. It’s the best way to watch this fantastic tale about a trio of boys uncovering a conspiracy to keep humanity grounded, when it should be reaching for the stars. 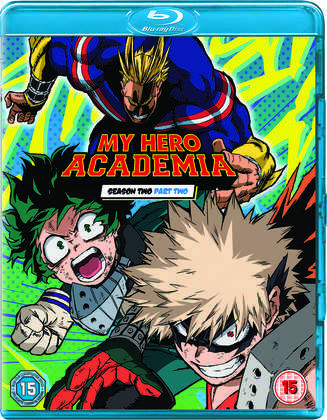 Next it was the turn of some down to earth shonen anime, the staple of the medium, although in the form of My Hero Academia Season 2 Part 2, it’s reaching a whole new audience of anime fans, who may previously have shied away from orange suited ninja and straw-hatted pirates. My Hero Academia does after all concern the superhero genre, the combination of special powers and spandex that until very recently has been a Western phenomenon. Anime has started playing in that sandbox, and they’ve quickly got the hang of things. This collection offers more adventures of a group of trainee superheroes as they attend superhero school. 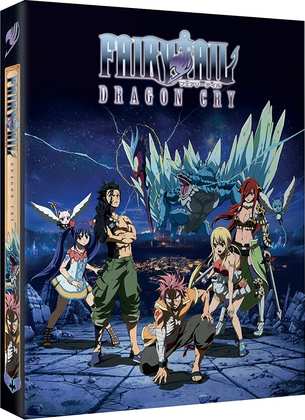 Staying with shonen, I followed things up with a review for Fairy Tail - Dragon Cry, the second movie in the wizardry franchise. It’s a bit of a head-scratcher at first, as it’s actually set some way past the point the anime series leaves off, but there isn’t too much to catch up on before you’re enjoying the adventures of the Fairy Tail wizards as they take on a mission to retrieve a magical WMD from the wrong hands. 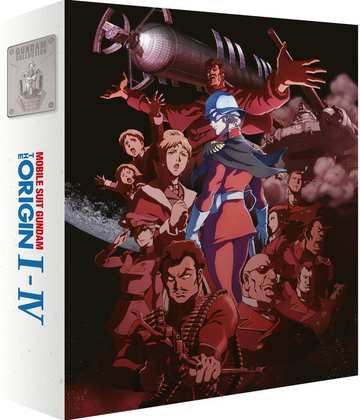 I have learned through bitter experience that I can only take giant robot anime in small doses, 24 or 48 episodes at the most. Do you know that there are close to one thousand episodes in the Gundam franchise, across all the various series and timelines? Thankfully I have Stuart McLean to rely on, a man who appreciates giant robots in a vintage anime vernacular. I have to admit that Gundam the Origin I-IV tempted me for a while. I’ve read some of the manga, and the origin story of Char Aznable really did draw me in. These four films that adapt that story are short and sweet, while the recent animation offers stupendous production value. It’s only when I contemplated the story that follows, that I realised that Stuart is the best man to review this collection. Click on the review to learn more. 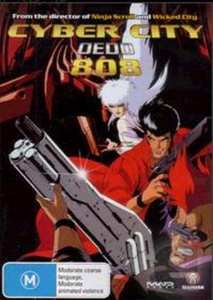 Cyber City Oedo 808. What a contrast!? I began the week with Yoshiaki Kawajiri at his most mediocre, and I finished it off with my favourite of his creations. Cyber City Oedo 808 was the OVA series that got me hooked on anime, back when I first saw it on Channel 4’s Late Licence. It’s proper cyberpunk, three stories of criminals turned cybercops (kept on the straight and narrow by an explosive collar around their necks, and a police chief with one finger on the detonator). There’s one tale of a murderous computer, a story about a psychokinetic cyborg, and a man after an immortality virus, albeit with vampiric side-effects. Great characters, great stories, high quality animation, and a classically profane dub; this is the anime that I grew up with, and it still stands up today. The only downside is that they never made more.

Manga Video released it in the UK... on VHS. They changed the music, and for once changed it for the better. I’ve kept that tape just for that reason. Central Park Media subsequently released it on DVD in the US, and the version that I watched was released in Australia by Madman Entertainment (here’s the review), and both contain the original music soundtrack on both sub and dub versions. They also have audio commentaries on the first two episodes from Yoshiaki Kawajiri. They’re both deleted now, so second hand is your best bet. I had a look at Amazon, and in between all the Polish and Italian and bootleg versions, there were a couple of CPM and Madman discs available, so I guess the message is to be careful.

All the Anime released Vampire Hunter D: Bloodlust in a Collector’s Edition on May 28th. Standard Blu-ray and DVD editions will be released in due course. They also released the Collector’s Edition, standard BD and DVD of Fairy Tail – Dragon Cry, and the Gundam Origin I-IV Blu-ray collection on the same day. Funimation release My Hero Academia Season 2 Part 2 on Blu-ray and on DVD on June 11th. Bandai Entertainment released the Freedom OVA Blu-ray Boxset back in 2008 (and it too is deleted).