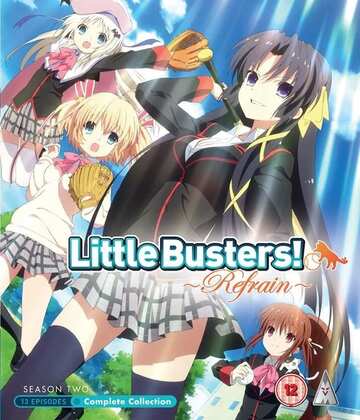 Last week’s anime review was for another Blu-ray double dip, usually unchanged from the DVD experience when it comes to the content. But my second time around with Little Busters Refrain turned out to be a little different. It’s the Key Visual show that follows a central male character and the girls he encounters, as he faces the weirdness of the world and the mysteries that arise. It’s a cute, silly, and emotionally manipulative experience, like many other Jun Maeda titles, but the second time, knowing in advance how the story would pan out, Little Busters Refrain turned out to be a more rewarding experience. Click on the review to read more. 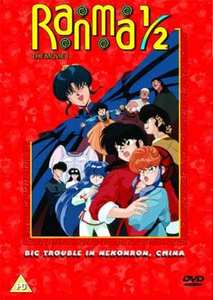 Ranma½ The Movie 1; Big Trouble in Nekonron, China. This was a problem when anime started being released on DVD in the UK, movie spin-offs without context. Everyone got burned releasing long-running shows on DVD at first, the first attempt at Dragon Ball, Sailor Moon, Voltron and the like never got past the first few volumes. When you think of the cost of getting these shows rated at the BBFC it still seems miraculous that Manga succeeded with Naruto, but that eventually opened the floodgates for long running shows, but I digress. Before this, UK distributors just used to release the movie spin-offs, and the hope was that audiences could appreciate these films without the context of the TV series. Rumiko Takahashi properties were notably affected, and it’s only now that Inuyasha is getting a UK release. For titles like the iconic Urusei Yatsura, and Ranma½ we only got the movies, and for the former the OVAs. Ranma’s a tale with lot of characters, in a world where ‘cursed’ people transform when doused in cold water. The title character turns from male to female. In the film one of their friends is kidnapped by a prince looking for a bride, and the group follow them to China to rescue her.

The Ranma movie kicks off with a massive chase sequence, as the ‘dirty old man’ stealing panties is chased through the town, running into what I assume are all the significant characters from the series. But once the main story kicks off, the focus narrows to around ten of them, including of course the title character. But without the context, Ranma’s first movie just comes across as a really goofy comedy, where you’ll miss most of the in-jokes. It is a nice bit of disposable fun. MVM released the film on DVD in 2005. Here’s my review. The DVD will be hard to find now, and even that will be second hand. Much of the Ranma franchise is available from the US even now at this point, and in recent years has had the Blu-ray treatment as well, albeit Region A.

MVM released Little Busters Refrain on DVD and on Blu-ray in 2017. If you’re interested in the Little Busters franchise, then now is the time, as it’s going out of print, and MVM have indicated that a licence renewal from them isn’t likely.