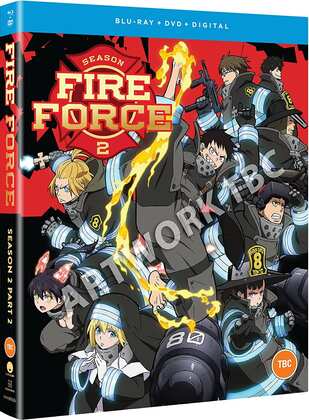 Last week’s review was for Fire Force Season 2 Part 2, which brings us to the end of the anime franchise... for now. The shonen action manga from Atsushi Ohkubo (Soul Eater) about a future world dominated by fire and spontaneous human combustion started being adapted by Studio Bones in 2019, and got as far as the second season before the pandemic got in the way. The hiatus is yet to be ended, while the manga itself is heading towards a conclusion. The question is whether the second season of the anime does its own thing and offers a conclusion, or if it remains faithful to the manga, leaving fans waiting on a third season. Click on the review to see which it will be. 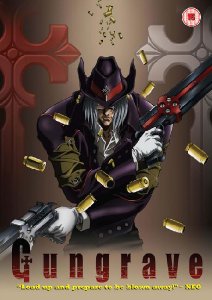 Gungrave. “Based on a video game” is a warning sign that should be heeded when it comes to live action feature films, but anime can be a whole lot more satisfying, especially when it comes from the pen of Yasuhiro Nightow, creator of Trigun and Blood Blockade Battlefront. Gungrave is light on the anarchic humour you might be familiar with, and indeed with the way the story begins, it has a lot in common with Kentaro Miura’s Berserk. It begins with a cyberpunk, resurrected gunman unloading his ridiculous firearms on an army of mutated zombies in order to protect a little girl. And then it jumps back a couple of decades to when a couple of young punks, Harry and Brandon get pulled into the world of the mafia.

The start of the show is a little crazy, but just like Berserk, it’s merely the herald of an epic, and really well told yarn that benefits from engaging character development. Loyalty and betrayal, family and friendship, it’s all the cool, mafia stuff that you’d expect, and aside from the beginning, the way the sci-fi elements progress is relatively subtle and well thought out. Gungrave is still a show worth seeking out. MVM released it on seven DVD volumes back in 2005, and there were subsequently several collected releases as well. I took a look at one in 2010 and here’s the review. It’s deleted now, so you’ll have to go sleuthing for a copy, probably second hand, although the Region 1 DVD release seems to easier to find on import.