Blu-ray
Is the Order a Rabbit? BLOOM - Season 3
Related Articles 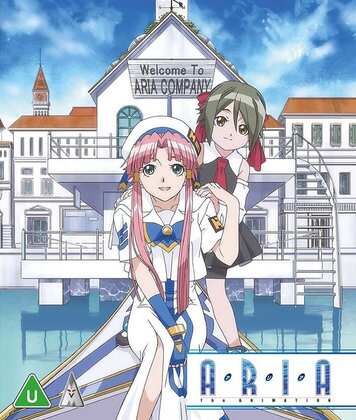 Last week’s review title was one that I have waited for years to watch. An early 2000s show, Aria the Animation is notable as an early and perhaps the definitive ‘healing’ slice of life show. It features likeable characters that live charming lives, free of significant drama. That may not seem like a satisfying idea, but you can’t underestimate the power of a healing show, which does exactly what it says on the tin. Twenty minutes with one of these episodes make you feel like you’ve been hugged, in a nice way. What makes Aria the Animation special is the world building, a sci-fi premise that sees girls working as gondoliers in a canal city on another planet. Click on the review to see just how good this is. 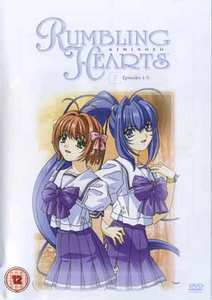 Rumbling Hearts. This is an interesting take on romance in anime, an early, more serious show in a genre more accustomed to harem rom-coms. They usually feature a milquetoast indecisive male character surrounded by girls that all inexplicably fall for him. Rumbling Hearts is an indication of how relationships with milquetoast, wishy-washy males usually turn out. One girl’s best friend (the one with the personality) supports her meek friend as she pursues her romance with said male. The guy is torn between the two, but eventually decides to date the meek girl. But he’s with the other girl when the meek girl gets injured in a car accident and winds up in a coma which lasts three years. In the meantime, the interesting girl and the guy get together through a mutual sense of guilt. Then the meek girl wakes up, thinking no time has passed, and her doctor tells the guy not to let on, so he has to pretend to be her boyfriend...

It’s a soap opera, and one of those tacky, early afternoon dramas that you’d infamously see in the US, the kind lampooned by Joey’s “smell the fart” acting on Friends. You have to be in the mood for overwrought melodrama to get the best out of Rumbling Hearts, but at least it isn’t School Days. It hasn’t aged well, as you can see from my more effusive review of volume 1 from 2007. That’s when Revelation Films (briefly Funimation’s release partner in the UK) released the series on DVD across three volumes. It’s notable that all three volumes are still available from Amazon at the time of writing, although it might be easier to import the Region 1 S.A.V.E. release.

MVM released Aria the Animation on Blu-ray on October 25th.