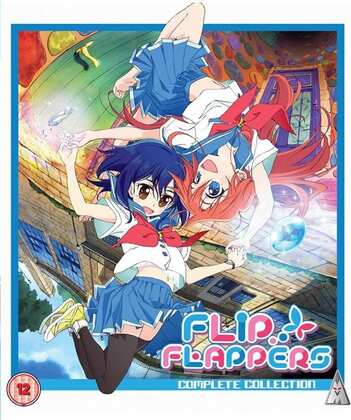 This is another one of those double-dips from DVD to Blu-ray that was pretty much compulsory, if you had somehow wound up with the SD version of Flip Flappers. That would boil down to a handful of reviewers with check discs, and a couple of hold-outs yet to upgrade their home cinema. Flip Flappers was released towards the end of the DVD format’s lifecycle when it comes to anime, and authoring wasn’t too great at that point. This re-imagining of the magical girl genre does what Gurren Lagann did for the giant robot show, go really wacky and zany, while delivering a great story. It’s also visually frenetic and imaginative, which is why you would want it on Blu-ray. Click on the review to read more. 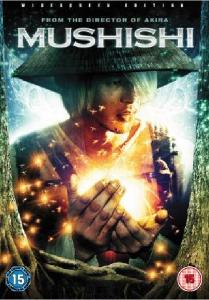 Mushishi. It was live action movies this week; both of them based on anime/manga properties, and both of them helmed by acclaimed anime directors, but both delivering decidedly different experiences. Katsuhiro “Akira” Otomo directed Mushishi, which as Mushi-shi (note the hyphen) is one of my favourite anime series. In that form, it’s a turn of the century (19th to 20th) natural mystery anthology, gently paced and highly evocative. It posits that microscopic forms of life have strange, supernatural effects, and the protagonist is a travelling expert helping people with their ‘mushi’ caused problems. Otomo’s take on Mushi-shi is an ambitious failure, which sucks out all of the wonder, leaving a horror movie that is akin to most Japanese horror movies of the early 21st Century, and worse, the central performance bears no resemblance to the manga/anime character.

The live action Mushishi is one to avoid; here’s my review, but if you’re interested in taking a look, it was released in the UK by Revolver Entertainment in 2008. It’s no surprise that it hasn’t sold out as yet and you can buy it if you want it. There is a Blu-ray release in Japan, but no subtitles. 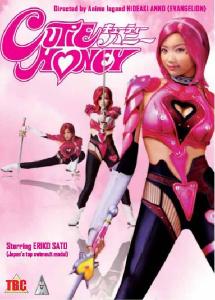 It might be just me, as in this case I haven’t seen the original Go Nagai manga or anime to compare with, but unlike Mushishi, Cutie Honey is a completely different experience. This film was directed by none other than Hideaki “Evangelion” Anno, and it’s a lot more fun to watch. It’s based on the magical girl story, with the title character given a total body makeover by her scientist father, following a near fatal accident. Now she has a cybernetic enhancement that turns her into a superhero when needed. And as the film begins, her uncle has been kidnapped by the Panther Claw criminal group. At the same time, young women are going missing all across Japan. It’s up to Cutie Honey to save the day, with an enigmatic reporter and a young police detective. Cutie Honey is camp, it’s pink, and it’s a delightful mix of fun and cheesy. It’s as b-movie as it can get, but that’s what makes it so enjoyable.

MVM released Cutie Honey on DVD in 2009. Here’s my review. It’s deleted in the UK but there are a few copies out there if you do some sleuthing. It might be easier to import the US release.

MVM also released Flip Flappers on Blu-ray in 2018. They also released a Collector’s Edition with a 288 page artbook which is still available at this time. And the naff DVD.