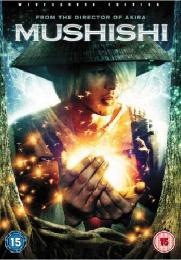 I admit that when Revelation put their anime release schedule on a temporary freeze last year, I was infuriated, perplexed and annoyed. It didn't help that one of their choice releases, Mushi-shi was left agonisingly just one volume from completion. Normally in a situation like this, you'd suffer your withdrawal pains in silence, but for once temporary relief is at hand. Last year, Revolver Entertainment released the live action movie of Mushishi (note the lack of a dash). Not only that, it's directed by Katsuhiro Otomo of Akira and Steamboy fame. It may just be enough to tide me over for the next few months until Mushi-shi volume 6 is finally released.

A boy saved from a landslide is told by his rescuer to stay away from a strange pond filled with white, one-eyed fish. In a village where people are falling mysteriously deaf, a young girl grows horns on her head and starts hearing a cacophony of strange noises. A young crippled girl with a stained and deformed leg, keeps meticulous records of mysterious events, the words brought forth from her own body directly to the page. A young man seeks a rare rainbow, one that can be seen even when you are facing the sun. All these tales have one thing in common, mushi. 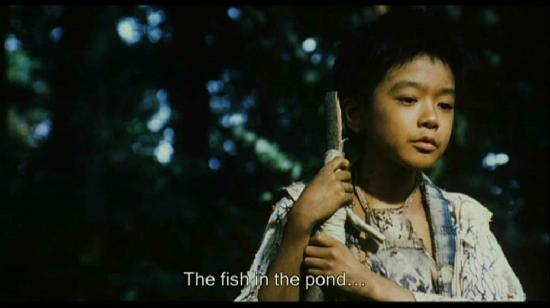 Mushi are the most primitive of life forms. Elusive and ethereal, and existing since time immemorial, they have come to be the cause of many superstitions and supernatural legends. Ginko is a Mushishi, a Bug Master. He travels the country investigating these odd creatures, and helping those people who, for good or ill wind up interacting with them.

It's a 1.85:1 anamorphic transfer for Mushishi, and like most films of Eastern Origin, it gets an NTSC-PAL standards conversion with all the attendant annoyances. However, by far the greatest issue is one of grain. It's always prevalent to a significant degree, and isn't helped by most of the scenes being shot in natural light, with a dull understated palette, and a good deal of mist or natural visual noise. Rustling foliage and rainfall don't come across well on this disc. I do like the realisation of the mushi in this film though, with some very subliminal use of CGI to suggest rather than astound. 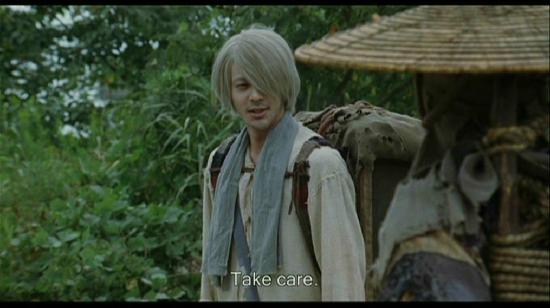 You have a choice between DD 2.0 Stereo and DD 5.1 Japanese, along with well-translated but burnt in subtitles. There is a nice ambience with the surround track; it's hardly an action heavy film, while the music is very earthy and aboriginal, sounding percussive and natural, although not all that memorable.

A trailer is it.

You wait for something for ages, and wind up being disappointed by it. I hope that's not a universal truism, but I did have high expectations indeed for Mushishi after having seen the majority of the anime series. Maybe I shouldn't be surprised at having those hopes dashed, but it's the degree by which Mushishi falls short that is particularly disheartening. I know I really should judge the film on its own merits, but I'm going to be unfair and compare it with the anime anyway, especially as there will be a lot of interest from fans of the animation. The film is based on the original manga from Yuki Urushibara, and since the anime closely follows that manga itself, it's a worthy comparison. The movie adapts four of the original stories, and again, if you've seen the anime, you'll have seen the four episodes that now comprise this film. 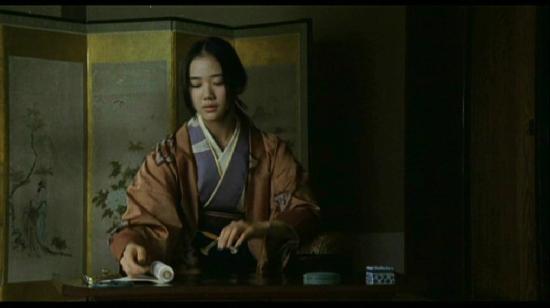 The first complaints, and perhaps the easiest to forgive are the production values. The anime is by far one of the most beautiful creations I have seen. Its ethereal tone, and gentle pace reflected in episodes which each work from a select palette of colours, different for each one. Each story is like a work of art, the mushi that inhabit the tales, otherworldly and wondrous, and the magical representation of nature is enveloping. You obviously can't do that in live action, as such representations would stand out a mile. It's understandable that the mushi in the film, CGI creations quite naturally, are understated, mysterious, and almost subliminal presences. That is one success, but the look of the film is a little too grey and mundane. There's none of the beauty of the animation, and it's a little too grungy and grimy, not helped by the excessive grain in the image. I also feel that Ginko's shock of white hair is too obviously a fright wig, and just takes me out of the film. It may be an attempt to stay faithful to the source, but it doesn't work. It's worth noting that they tried something similar in the live action Death Note films, but wisely ditched the idea. The music too, while effective and suitable for the tone of the film, is instantly forgettable, and not a patch on Toshio Masuda's haunting and evocative themes in the anime. 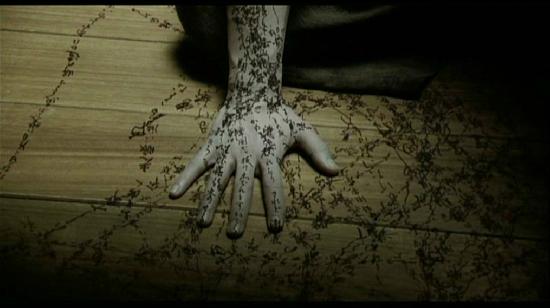 I was disappointed by the central character of Ginko, who in the anime is cool, decisive, and knowledgeable. He also takes wonder in the things he sees, while being something of a maverick compared to other mushishi. Jo Odagiri's Ginko is nothing like this. He portrays a character that seems constantly nervous and unsure of himself, and mostly out of his depth with the situations he encounters.

The most disappointing aspect of the film however was the adaptation. It started off promisingly enough, with the story of Ginko's past related almost word for word compared to the anime. A young boy named Yoki is trekking with his mother when they are caught in a landslide. A mushishi named Nui rescues the boy and goes about healing him, and introducing him to the world of mushi. It also became clear that this back-story would frame the adult Ginko's stories, and we would hop back and forth between them. The next tale that is recounted is used to establish Ginko's credentials as a mushishi, showing him dealing with a stricken girl in a quiet, snowbound village. Again this plays pretty close to the anime, with only the conclusion slightly different. But from here on, we start playing more with the stories and the characters. The tale of the bridge builder's son who inherited his father's obsession with rainbows is shorn completely of the tragedy and loss that motivates his quest, and instead he becomes something of a comedy sidekick to Ginko, a fellow traveller who doesn't contribute much to the story. 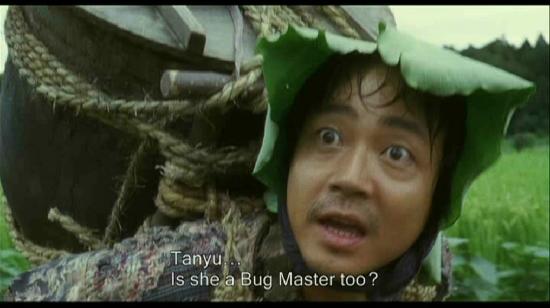 The encounter with the scribe Tanyu is closer to the original to begin with, but diverges to the end. It's still the most satisfying of the tales, and some moments from the anime are uncannily recreated. But it omits what makes the relationship between Ginko and Tanyu so special, which wouldn't have been necessary if Ginko's maverick nature hadn't been lost. But it's that promising start that degenerates into the worst disappointment of the film. In the anime, Yoki was rescued by Nui and taught about the world of mushi. That story pretty much ends when Nui is taken by the mushi who took her family, and Yoki sacrifices his eye and his memories to become Ginko. But the film doesn't leave it at that. Instead Nui survives, and her loss of Ginko and infection with mushi gradually turn her into a darker, monstrous figure, in other words, another variation on Sadako but with a comical spooky voice. It also was at this point that I realised that Mushishi had lost what I hold most dear about the anime, that sense of the all-encompassing vibrancy of nature, and the need for mankind to find his place in it. Instead Mushishi had become a ghost story. 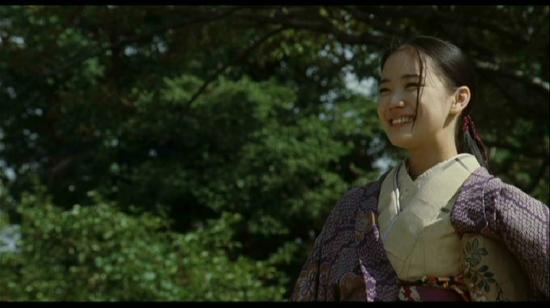 This movie could have been something special, and where it holds close to the original source material, it works, but the further the adaptation diverges from the original, the greater the failure it is. At over 2 hours, that's a lot of disappointment to take. It's one to be watched only if the curiosity overwhelms you. In other words, stick with the anime.