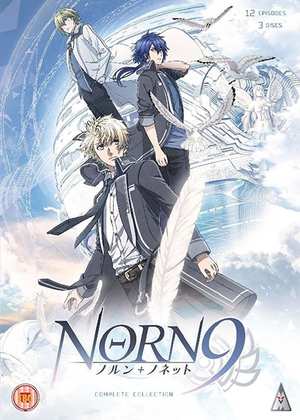 Quite a fair bit of anime got reviewed last week, beginning with Norn9, just the kind of show to give me split personalities. It’s a reverse harem show, the kind of amiable blandness that features personality free female leads, surrounded by plenty of tall, elegant clichés, all getting faux dramatic. It’s a sci-fi show with a strong central premise, plenty of mystery, and a well put together story. It certainly had me wavering over whether I liked it or not, but one thing I did find was that it got better as it went along, something of a metaphor for the week when it comes to anime reviews 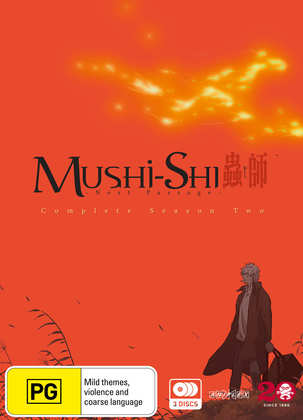 You’d probably think that I would rave about Mushi-shi Next Passage, especially given how much I loved the original Mushi-shi series. And there is much that is brilliant about this long awaited sequel show, which takes the wonder, the nature, the fantastic stories of the first season, and makes them even better by focusing on the human element. Before, it was about these strange microscopic life forms, and the wondrous way they affected the world, the strange, almost magical phenomena that resulted. With Next Passage, you get to see the emotional effect that they have on people, for good or ill. A brilliant show gets a desultory presentation because of Aniplex. What should be feature laden Blu-rays are instead vanilla DVDs with burnt in subtitles, available from Australia only. 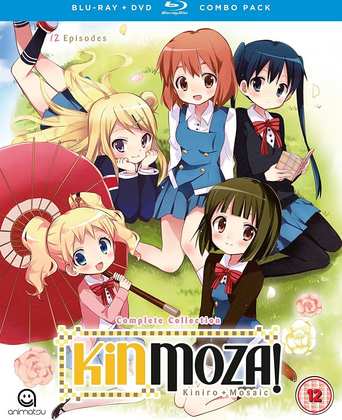 My anime genre of choice next, as I took a look at Kinmoza Season 1, the first slice of a slice of life show (we get the second slice in December). A Japanese girl named Shinobu visited England for a week aged ten, and despite the language barrier, became close friends with a blonde girl named Alice. Now aged 15 and about to start high school, Shinobu loves all thinks Blonde and British, and to her surprise, Alice transfers in to her Japanese high school. Slice of life antics ensue. 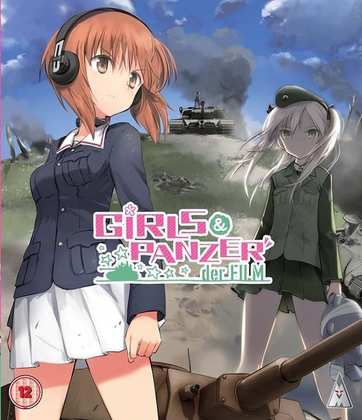 I ended the week on a perfect high as I got to watch Girls und Panzer der Film. The feature film spin-off from the girls and tanks show takes everything I loved about the series and maxes it all out, more cute girls doing cute things, and more insane, physics defying tank battles. It’s a delightful blend of top-notch animation and appealing characters, and may be the most pure fun I’ve had watching an anime movie this year. Panzer Vor! 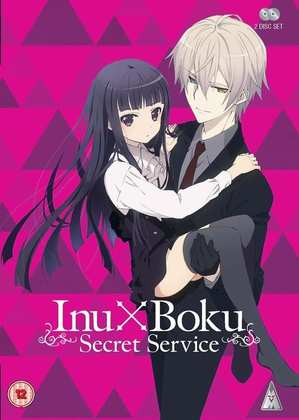 Inu x Boku: Secret Service. The last couple of months, I’ve been giving a few anime series a final chance to impress me. These are shows that I rated poorly initially, and in one case have been let down even further by a subsequent re-watch. Onto the ‘never watch again as long as I live’ pile have gone Nabari no Ou, and Horizon on the Middle of Nowhere. I fully expected Inu x Boku Secret Service to do the same, as when I reviewed it, I found it to be tiresome, repetitive, with thin and weak characterisations. It’s about the daughter of an influential family, moving into an exclusive apartment building for people of her social circle, and winding up with a bodyguard who dotes on her. The twist being that all of these characters have a touch of the supernatural in their lineage. I didn’t rate it the first time I watched it, but this second time, I’m finding aspects that I missed the first time around, most notably the thought that most of the characters are social outcasts, misfits, those who lack the social skills and experience to integrate with society. Look beyond the supernatural side of the story, and it becomes a pretty fair allegorical piece, with the socially dysfunctional trying their best to fit in.

MVM released Inu x Boku SS on DVD back in 2013, and you can still get it today. Here’s my initial review of the show, but you can bet that this isn’t going onto the discard pile just yet; there’s at least another re-watch in this series. The US Blu-ray is Region B compatible incidentally.