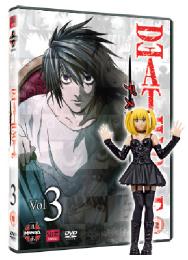 This gentle supernatural mystery show has been one of my series of note over the last year, that's until Revelation Films put the brakes on their anime release schedule, leaving us achingly close to the concluding volume. If that has left you gnashing your teeth and chewing your fingernails to the quick in frustration, then relief is at hand, if you can get to London in October. The Barbican is showing a double bill of Mushi-shi on the 28th of October, first two episodes of the anime, then a showing of the live action feature adaptation as directed by Katsuhiro Otomo of Akira and Steamboy fame. Further details are available at Anime News Network.

What would you rather have, a cute teen pop idol or a God of Death?

Manga Entertainment and Zavvi (the stupid name for Virgin Megastores) have teamed up to give something special to fans of the Death Note anime series. The first two volumes of the show came with figurines for the two main protagonists, Light and L, but volume 3 will offer you a choice of Misa or Ryuk. Death Note fans who want the full collection, and haven't been bitten by the credit crunch will of course buy both. You can start your deliberations by feasting on the pics. 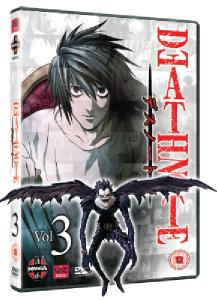 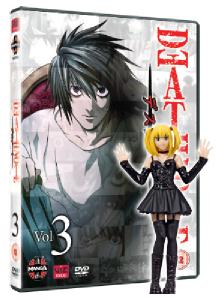 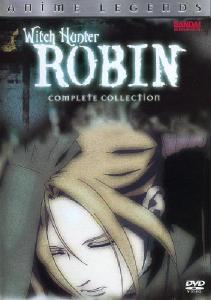 I'm hacking into new anime with the frenzy of a Tasmanian Devil, but as yet, my spellchecker is still being serviced. No matter, as my first anime review of the week last Thursday was six discs worth, as I cast my beady eyes over the Witch Hunter Robin Collection. Cheapskate that I am, I took advantage of the exchange rate and a decent discount to import the US version. Witch Hunter Robin is a pretty nifty update of the mythology of witches, giving their powers a twenty-first century rationale, and extending the persecution of them to the modern day, with hi-tech weaponry and modern, humanitarian justification. The animation and music is top-notch, but as for the show itself, click the link to find out what I think. 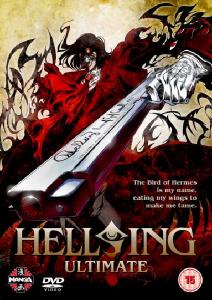 But I did promise you new anime last week, and on Saturday I delivered, with the review for Manga Entertainment's forthcoming Hellsing Ultimate. It's had a rocky road to our shores, caught up in the Geneon spasm of last year, and at the last minute Manga's plans for a two-disc budget release were scuppered by some small print in the contract. So one quick re-write later, and I present to you the review for volume 1 of Hellsing Ultimate, and see how the modern day re-invention of the vampire myth fares in the bloodier and more gory OVA form.


Hellsing Ultimate's first volume comes out on the original scheduled date of October 13th, although the second volume has now been delayed to December. Bandai released the Witch Hunter Robin set as part of their Anime Legends Collection back in 2006, and it's still available from retail import sites right now. Until next Monday…