DVD
Daphne in the Brilliant Blue - The Complete Series

Forthcoming Anime Events in the UK

It's getting to festival season again, and there are plenty of things to do if you want to get away from those television screens and PC monitors and experience the real world. Every year there is the Sci-fi London Festival, showcasing the best in cult science fiction and horror cinema, and once more they are having an Anime-All-Nighter. This year offers some extra special delights, so book early if you want to sample an evening of the best of what anime has to offer, including Evangelion 1.0, Time of Eve, Sky Crawlers, and King of Thorn. Deee-licious! Saturday 23rd October is the date to set aside in your diaries.

Set the next two days aside as well as the 24th and 25th of October are devoted to the MCM Expo, where all things anime and manga, join up with sci-fi and comics, movies and TV and celebrate their awesomeness under one roof at the Excel Centre in London, and as usual, all the major players in UK anime and manga will be there. Ask questions, get autographs, bargains, experience the wonder that is cosplay, and more. You can find out more about these news items at Otaku News, both MCM and All-Nighter.

Noticed at Anime UK News is the Manga Exhibition at the British Museum.

Manga master Hoshino Yukinobu will be visiting the British Museum to view the collections and create a new manga storyline for his character Professor Munakata. The manga has been running in Shogakukan's Big Comic for several years now with the title Munakata kyoju ikoroku (Case Records of Professor Munakata). The British Museum will then be exhibiting Hoshino's original drawings from his special new manga, spotlighting iconic objects from the British Museum's collections, with the texts translated into English. The exhibition is scheduled to run between 5 November 2009 to 3 January 2010. More…

Then on Saturday 21 November, Helen McCarthy (author of The Art of Osamu Tezuka and expert on anime and manga) will be giving a talk From Hokkaido To Infinity: The Manga Of Hoshino Yukinobu.

Unlike the first two events, entrance to the British Museum is free, although booking is required for the talks.

You may have noticed that this series will be shown, in its entirety in a theatrical cut at the Anime All Nighter. It's taken its sweet time in concluding, but the final episode of Time of Eve has just been released on Crunchyroll as well. I have been raving about this show since I saw the first episode, and I really can't get enough of this luscious, beautiful, thought provoking, intelligent and sublime animation. The episodes were short and sweet, the story an Asimovian take on human interactions with robots, and the wait for this final episode has been interminable. To make up for the delays, it's a double length final episode, although you don't notice the time going by, and it's a sweet, charming, and emotional story to conclude with. Except that at the end of the episode, there is a hint at a potential second season. I sincerely hope so. The link above takes you to the video, but this one will take you to the Time of Eve website. Now I'm going to watch the whole series again.

X: The TV series is coming, and as you may recall, to prepare for its arrival, I suffered, I mean endured, I mean watched the X Movie. I linked to the review of it a couple of blogs ago, but surely this is a much better way to preview the series, as MVM have uploaded a snippet to the web. 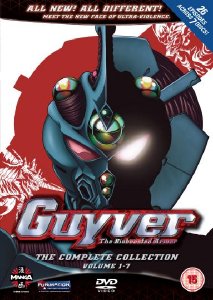 You probably haven't noticed the scarcity in my anime DVD reviews of late, thanks to the sterling work done by my colleagues in their own reviews, but the reason becomes clear with my first review of the week, The Guyver Bioboosted Collection. That's seven discs of old-school anime action that I watched. I recall the original Guyver from the heady days of Manga Video, and the dire live action movie with Mark Hamill. This Bioboosted Collection was made just a few years ago, but based on the original manga, it opts for a decidedly retro approach to the material. Originally released in single volumes by ADV, Manga Entertainment now release it as a boxset in the UK. 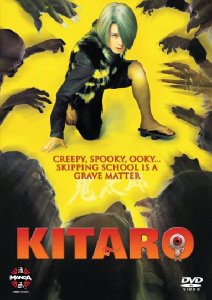 A classic manga, and oft made anime series gets the live action treatment in my next review. Kitaro is a tale about a friendly ghost who has a fondness for humans, and protects them against the many varied sprites and spirits of Japanese folklore. He faces a tough challenge when the Evil Stone of the fox spirits is stolen and falls into human hands. He faces an even tougher challenge when he falls in love with a human girl. Click the review to see if this is the Japanese answer to Casper, or if this spooky tale has some teeth.

Manga Entertainment have released some clips if you want more of a taster. 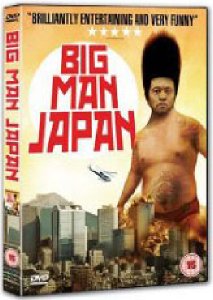 Nothing to do with anime or manga (that I know of), but if you are in the mood for something totally bizarre and quirky, then Si Wooldridge has reviewed Big Man Japan, which appears to do for the man in rubber suit rampaging through Tokyo genre, what Hancock was supposed to do for the superhero genre. It looks freaky, which for some films is all the recommendation that you need.