Article
Bundy: A Legacy of Evil out in September

Angels and Demons out in September 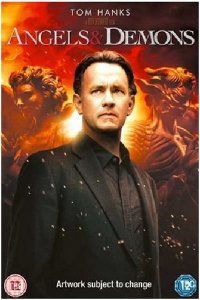 
Sony Pictures Home Entertainment (SPHE) will release the worldwide sensation ANGELS & DEMONS on DVD and Blu-ray Disc™ from 14 September 2009 in the UK.

The launch will coincide with the publication of Dan Brown's new novel THE LOST SYMBOL, the follow-up to his No.1 international phenomenon THE DA VINCI CODE. Published in the UK by Transworld Publishers, a division of The Random House Group, the novel will be available from September 15th 2009.

The full list of exciting added value which will accompany both the DVD and Blu-ray release of ANGELS & DEMONS will be announced shortly.

In Ron Howard's thrilling follow-up to author Dan Brown's THE DA VINCI CODE expert symbologist Robert Langdon (Tom Hanks) follows ancient clues on a heart-racing hunt through Rome to find the four Cardinals kidnapped by the deadly secret society, the Illuminati.  With the Cardinals' lives on the line, and the Camerlengo (Ewan McGregor) desperate for help, Langdon embarks on a nonstop, action-packed race through sealed crypts, dangerous catacombs, and the most secretive vault on Earth!