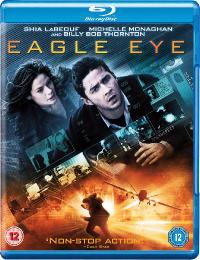 Article
The Duchess on DVD and Blu-ray 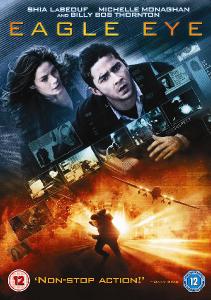 THE ADRENALINE-FUELLED THRILL RIDE OF THE YEAR

From executive producer Steven Spielberg comes the ultimate cyber-thriller EAGLE EYE. Packed with unexpected plot twists and pulse-pounding action sequences, this thriller is guaranteed to keep you on the edge of your seat and constantly looking over your shoulder.

EAGLE EYE follows the story of a copy shop clerk (LaBeouf) and a single Mum (Monaghan), who meet after receiving phone calls from an anonymous woman (voiced by Julianne Moore) instructing them to do exactly as she says, or else. Forced into a series of heart-stopping situations, the two strangers face terrible consequences if they fail to follow orders.

Using mobile phones, LED signs and television screens to pass on instructions, the mystery woman ensnares the unwitting pair in a race-against-time plot. As the situation escalates and they become the nation's most wanted fugitives, these two ordinary people must work together to discover who is manipulating them and why.